Wow, it's been a busy month, and I have so much to catch up on in terms of blog posts!  I'm told that's what finals season in an MFA program will do to you.  So lets try to bring some closure to some of the things I left hanging all month...

I did manage to finish that freakishly long Westfield mural for Trader Joe's.  Only after our regional manager pointing out to our store Captain that we didn't have enough Westfield related stuff in the store, speeding up the timeline for its completion significantly.  One of our other artists was assigned to help me get it finished, and contributed one 8 foot section while I finished up the remaining 40 or so feet, as hastily as I could to still make it cohere when viewed at a distance.  It then has been temporarily relocated to the opposite end of the store to fill in some space while what will eventually be installed there gets made.  Here are some pics (in various states of completion).
I'll get some shots of the whole shebang when it's finally installed in it's rightful place.  Less than half is pictured here: 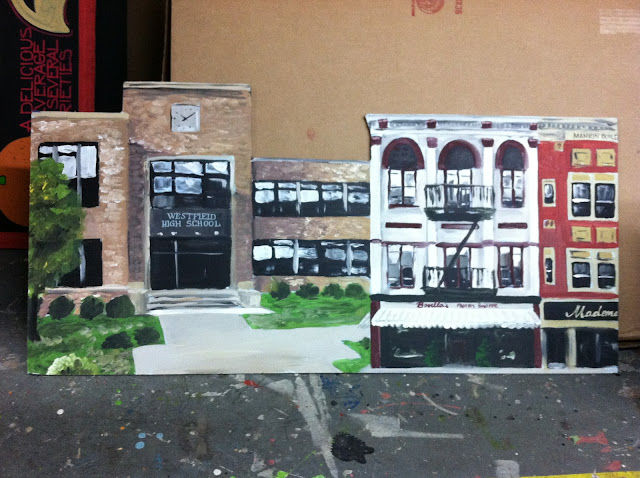 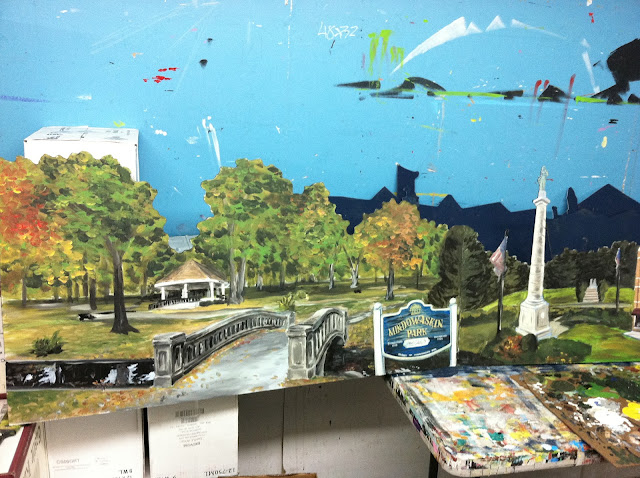 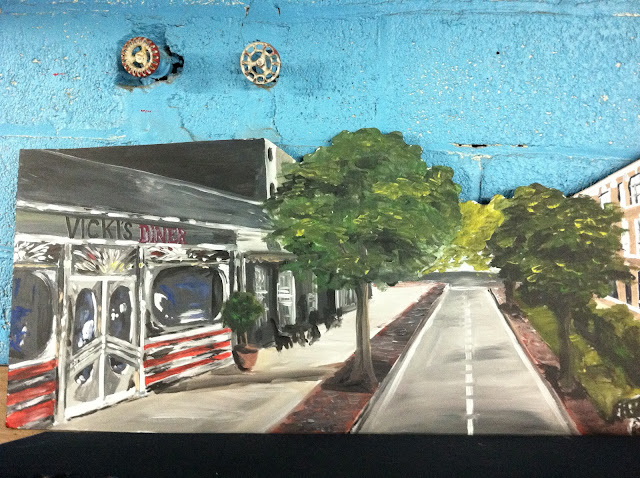 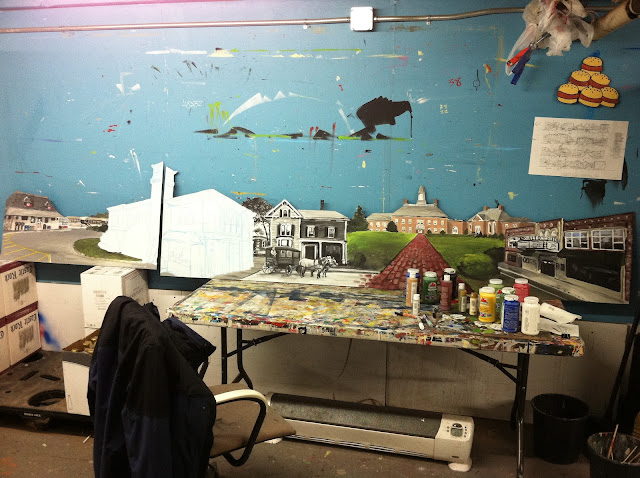 I was also able to finish the painting I had been working on about "active passivity" and spiritual preparation.  Here are some shots of it being completed: 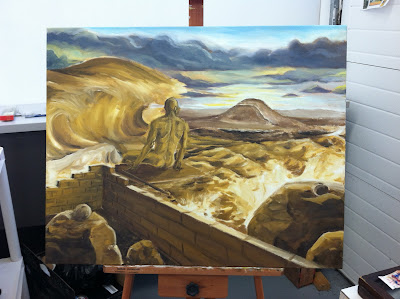 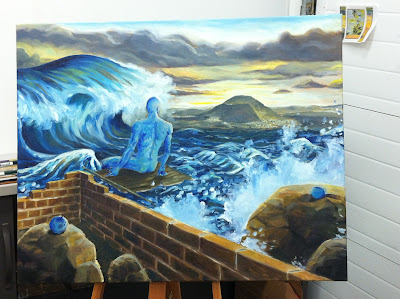 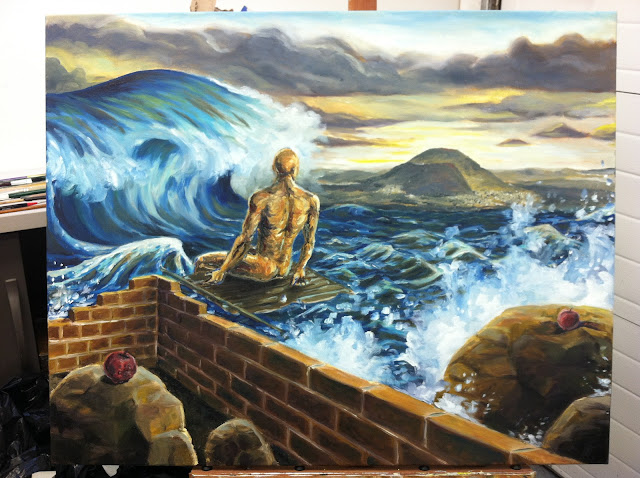 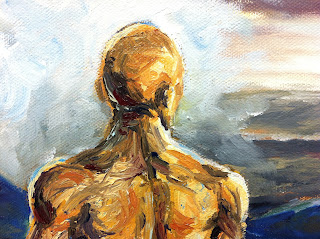 An interesting experiment; a sort of synthesis of Bruegel, Robin Williams, Hokusai, and my Archetype I.  I'm still working on a title... perhaps Journey to Tabor (in place of Hokusai's Fuji is Mt. Tabor, the alleged site of the transfiguration of Jesus, when his divinity is revealed to two of his disciples as hangs out with Moses and Elijah and he gets all shiny and holy-looking...)

There's more to catch up on, but I think it merits a new post.  See you there!