Ruminations on my recent solo exhibition at Andover Newton Theological School's Sarly Gallery. I invite you to enjoy it in person through Dec. 31, 2014! If you'd like to follow the development of this exhibition from its inception, you can do so at these links to prior posts: 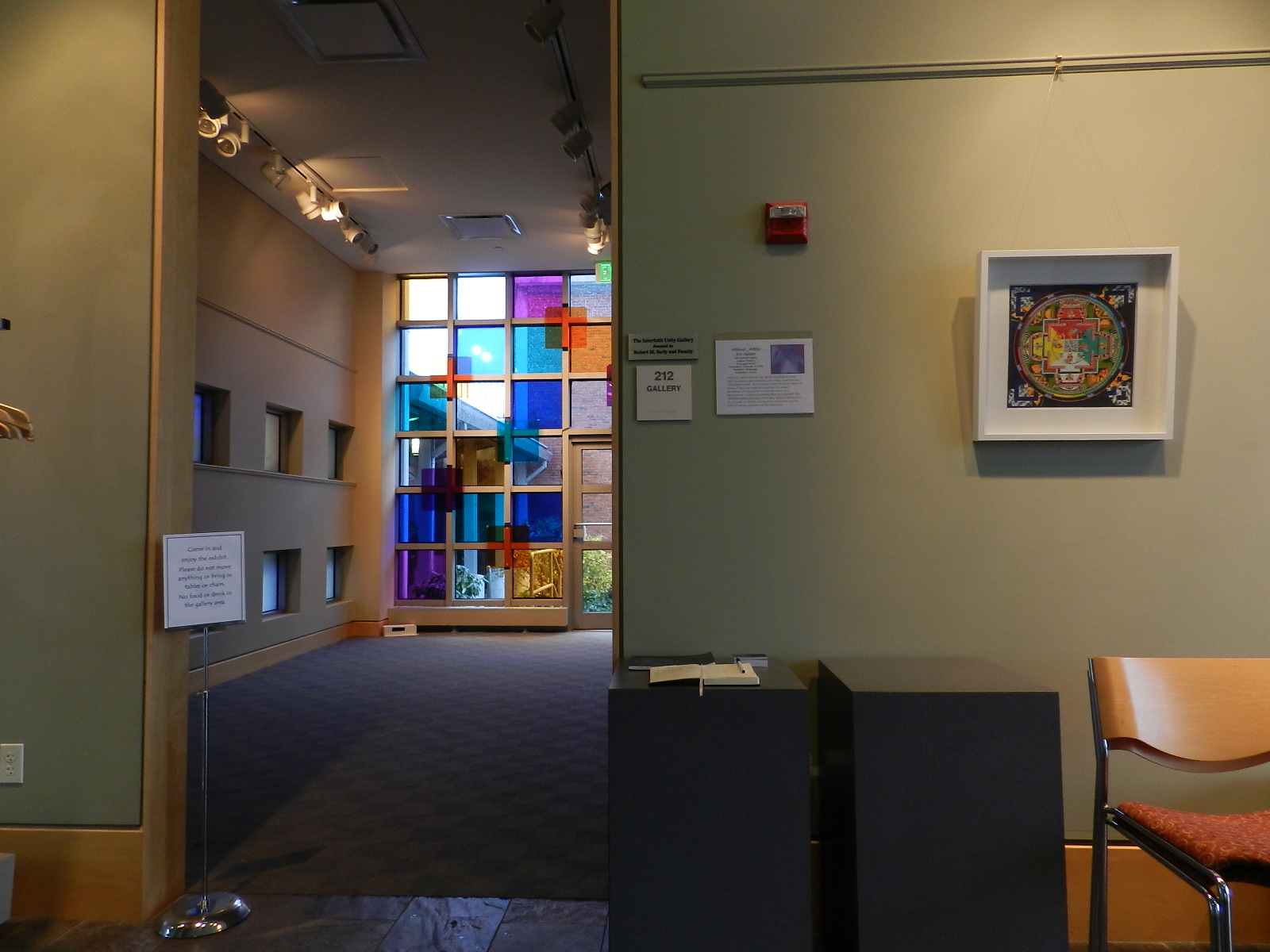 Interiority is a longstanding mystical path to noetic Unity. Many spiritual disciplines help center us and point us to our "true selves." But what happens when the interior is located outside of the self? What happens when the center is decentered? Meister Eckhart taught that we must lose the self in order to find the self, and in finding the self, lose it to the selflessness of unity with the Other. Can the interior/exterior space of an environment become one with the interior/exterior space of our own bodies? Can we dissolve the thresholds between Self and Other? Can our modern technological interfaces facilitate an awareness of Within and Without on a new level?

The Sarly Gallery at Andover Newton Theological school is rife with liminality. There is very little interior or exterior space to speak of. Rather, the space almost entirely comprises thresholds - mediators between the outer and the inner. Only one of the four walls is actually much suitable for hanging art in the traditional sense. The second wall is almost entirely a doorway and a few windows, the third full of recessed, frosted-glass windows cut almost apologetically into the wall to hint at the veiled outdoors and cloak the interior space, while the floor-to-ceiling grid of square windows on the adjacent fourth wall bleed the gallery and exterior courtyard together.

These glass mediators became to me screens, reminders of our heavily mediated interior/exterior lives. My exhibition, Without_Within, occupies this liminal space between the outside and the inside, between the self and the other. The show comprises 5 pieces of work: two site specific installations, and three accompanying 2-D works.

Without_Within
The interactive window projection installation views the activity within the gallery space and projects viewers in real time into the imagery projected into the eight recessed, frosted windows on the left-hand wall. The imagery in each window arranges viewers as translucent, figurative color forms that repeat in near-infinite regress towards a vanishing point. The composition of each window is unique, and in many of them more than one viewer overlaps within the same space. The windows are viewable from both inside the gallery and outside.

The title takes the expected dialectical opposites and bridges them with the a-grammatical, techno-connotational underscore. We locate ourselves either Without or Within. Or perhaps we are possessive of both the Without and the Within. Or perhaps we must also be Without the Within, losing the self to find the self. Within and Without are found in - and in relationship to - each other, and yet abolish each other. They are and they are not. The dialectic becomes unstable and the viewer may grammatically reconstruct the title to fit their experience. 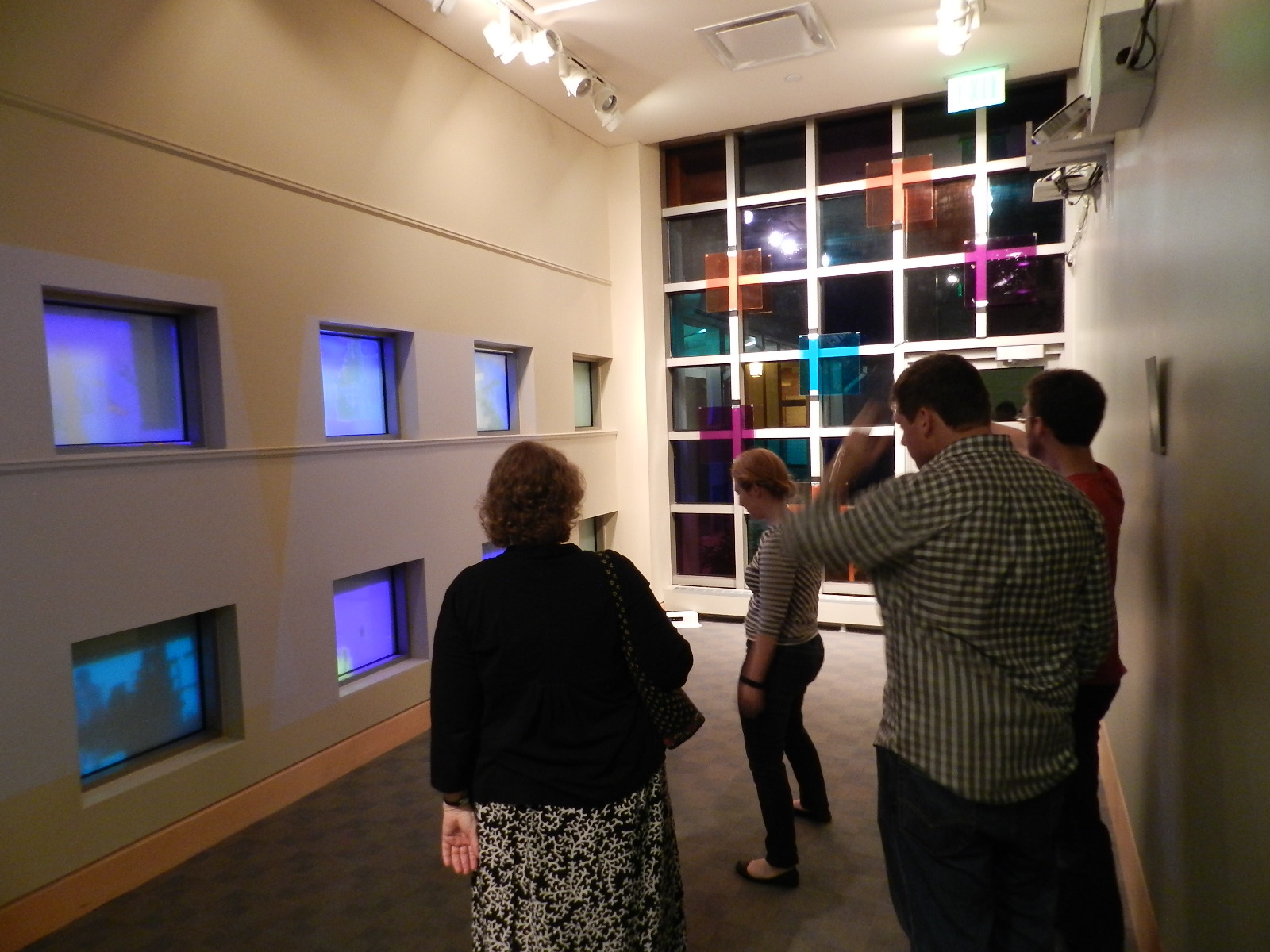 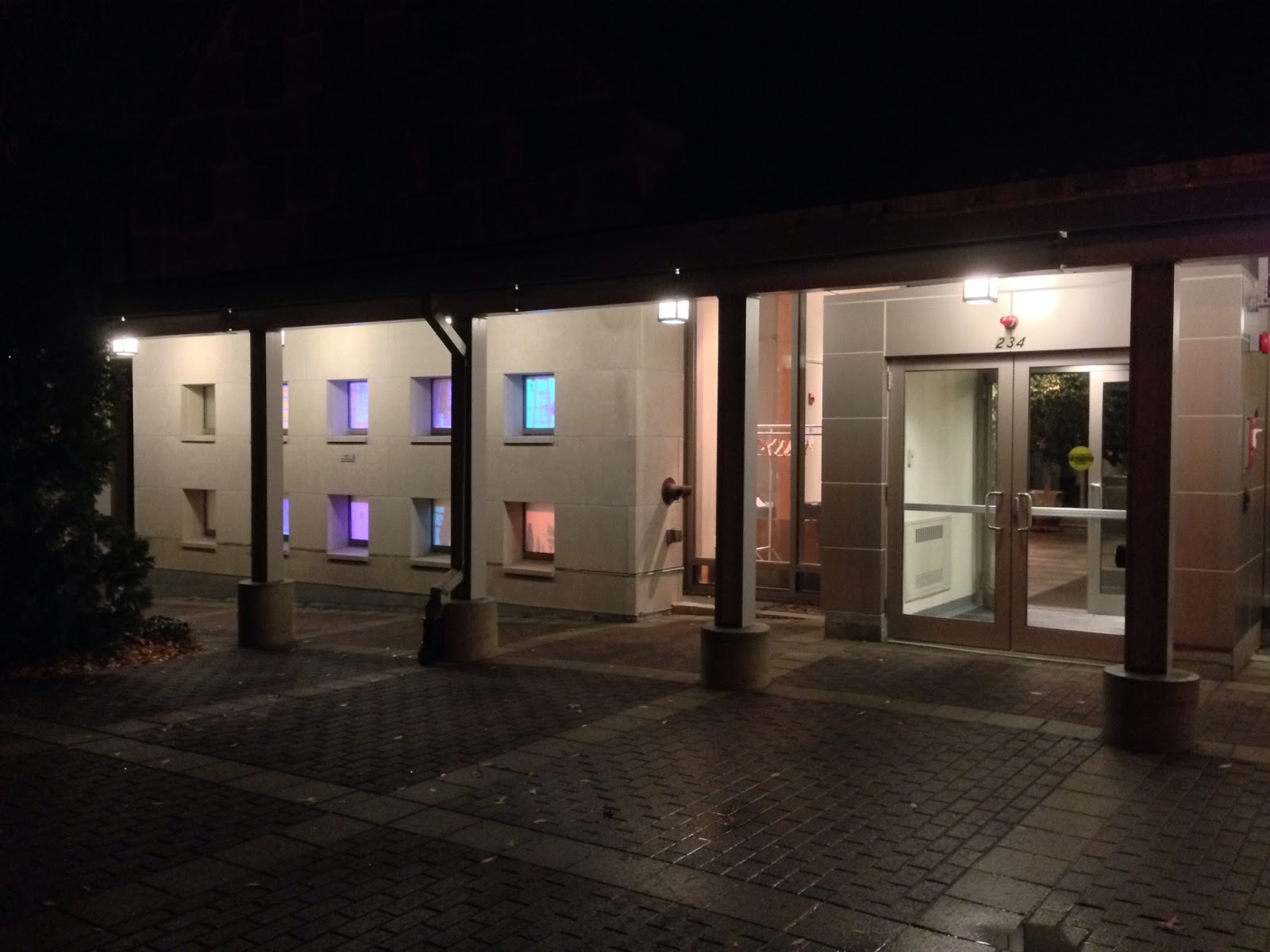 .windows/Sarly
This installation transforms the back wall of windows into something between stained glass and a pixelated screen. It becomes a colorizing mediator between the inside and outside, a transporter of light between the two. The title is conceived to be reminiscent of both literal windows and their computer namesake, with the addressable location happening to be here at the Sarly gallery. If one really wanted to read into it, there is a further layer of wordplay in that the entire title is formatted as an extension, following a dot, drawing parallels to the windows' role as medium/mediator - i.e. McLuhan's famous declaration of a medium as an "extension of man."

The colors are selected for their ability to blend in surprising ways, especially the complementary colors that gray out the landscape or the light streaming through. They also happen to serendipitously coincide with the colors in the stained glass logo of the Rabbinical School that resides on the campus. 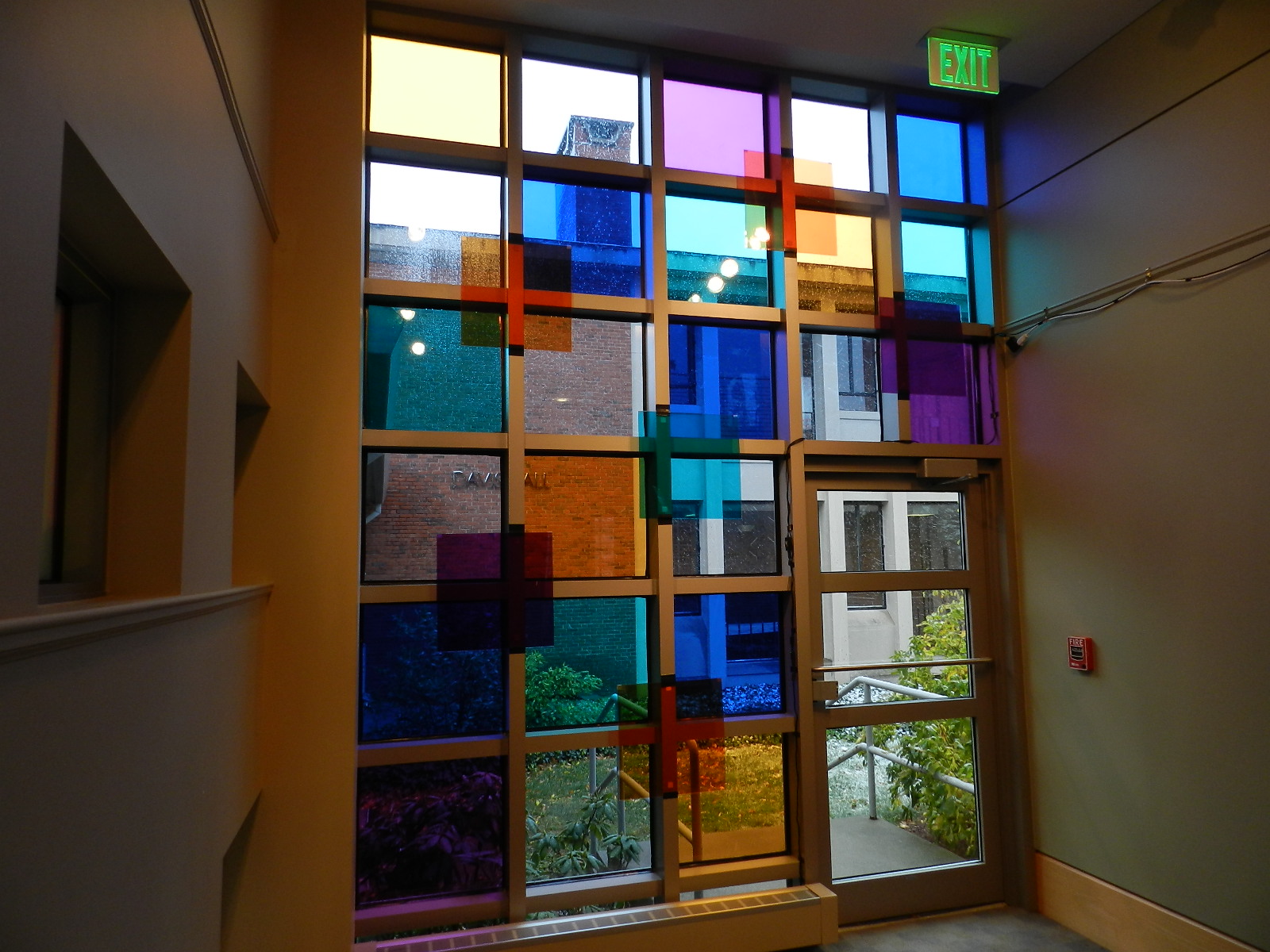 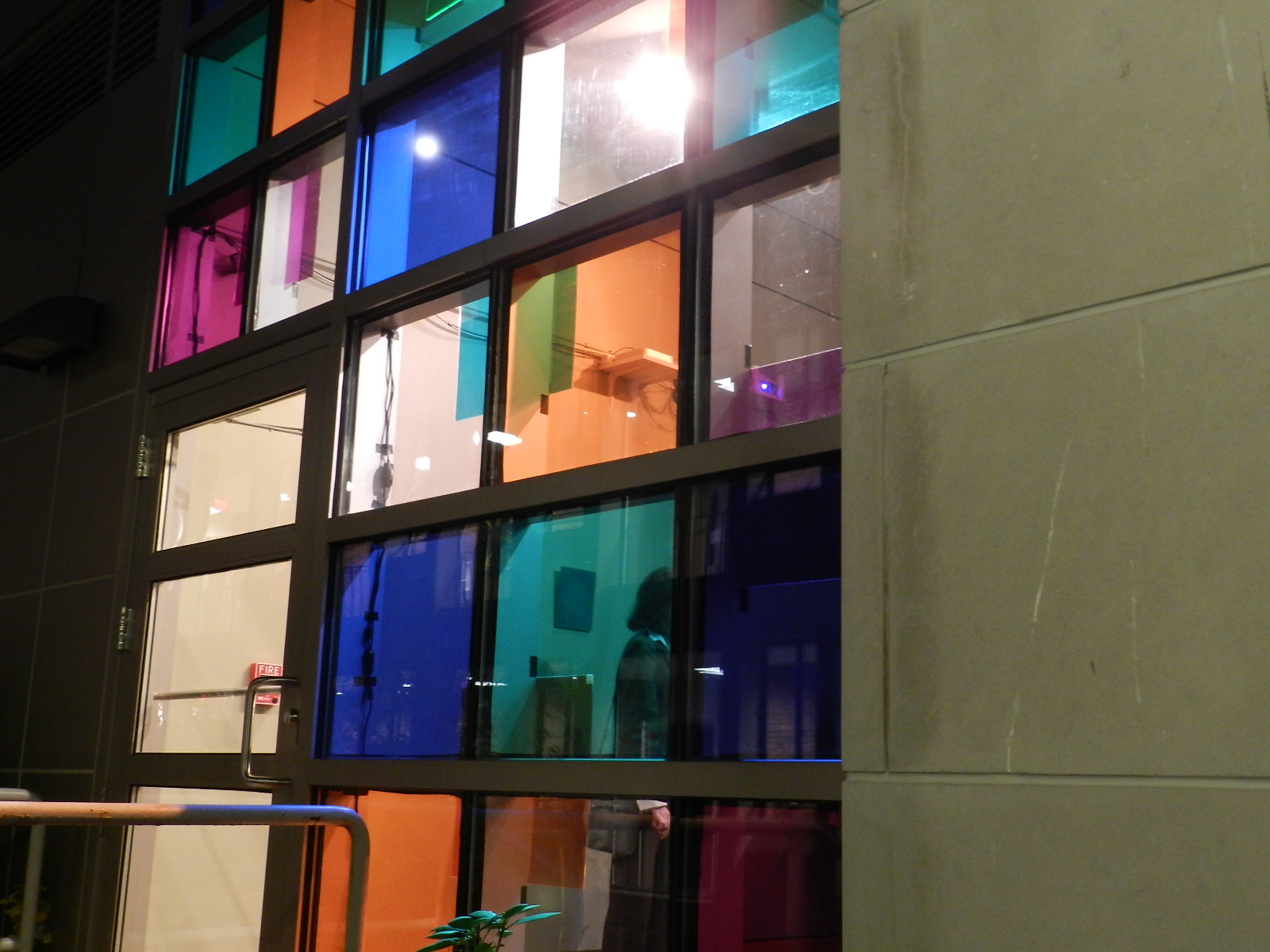 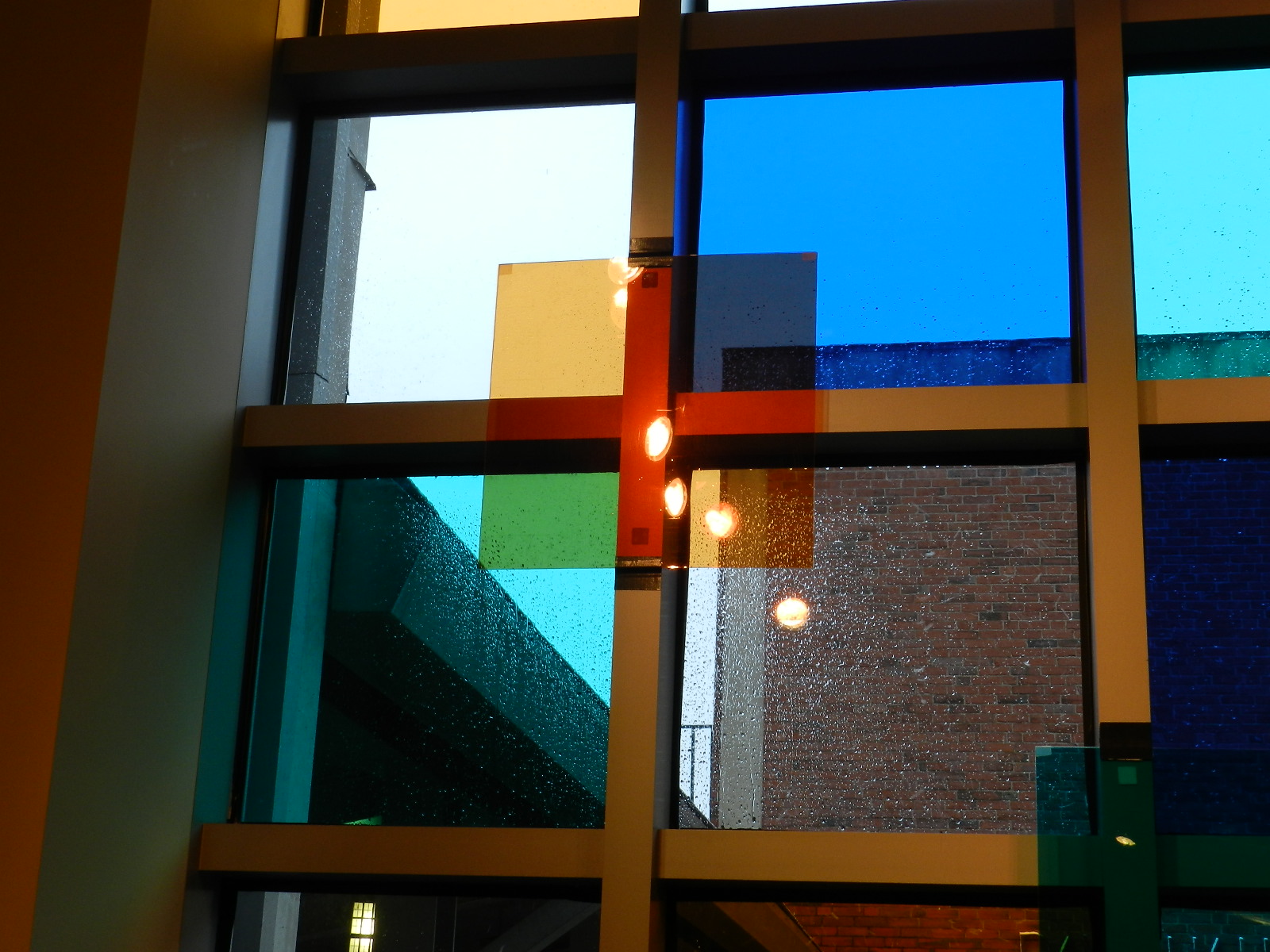 I chose these two out of the series of erasure drawings which are inverses of each other. Figure and ground become lost and the interior and exterior of each composition negates that of the other. For more info on these, see here 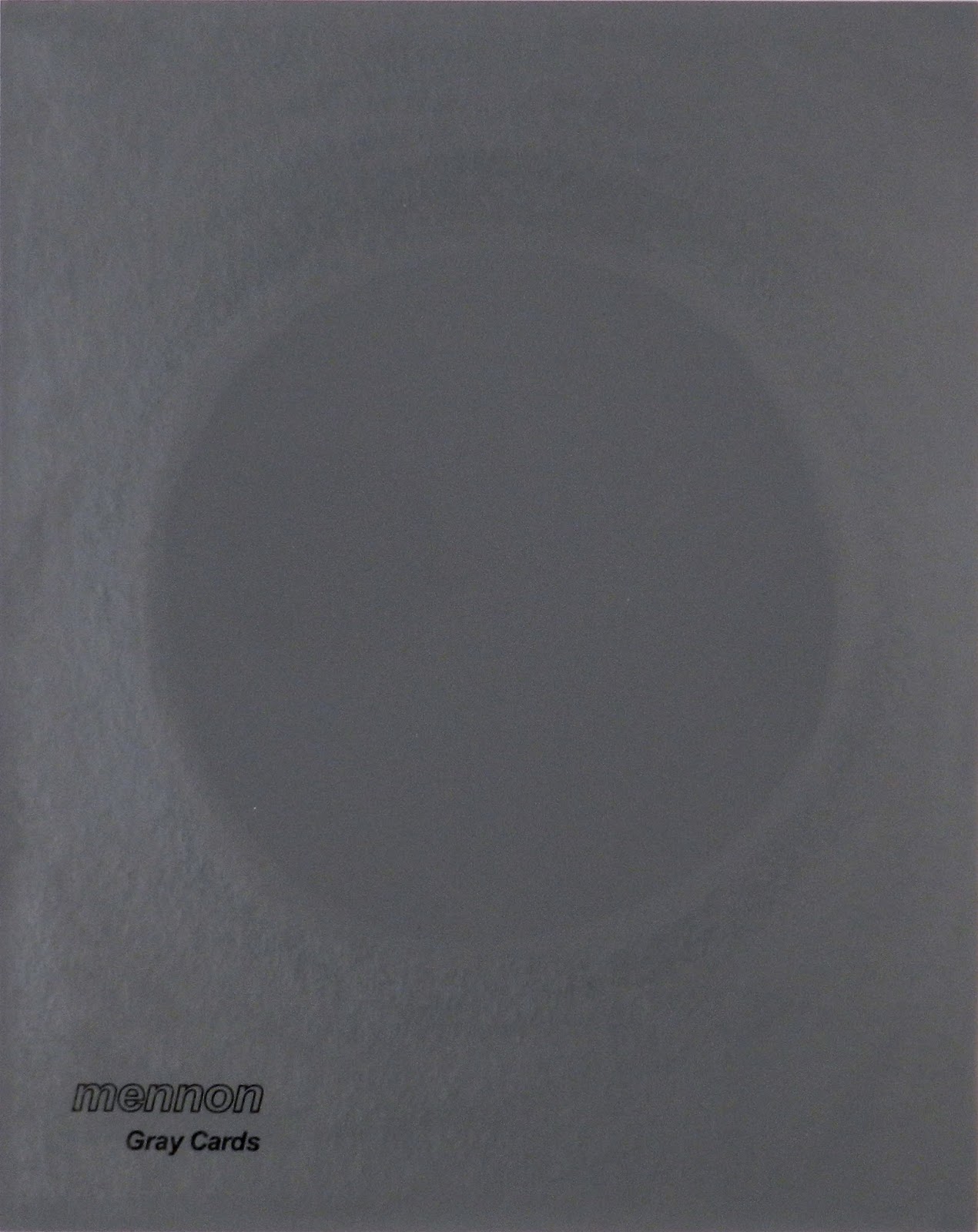 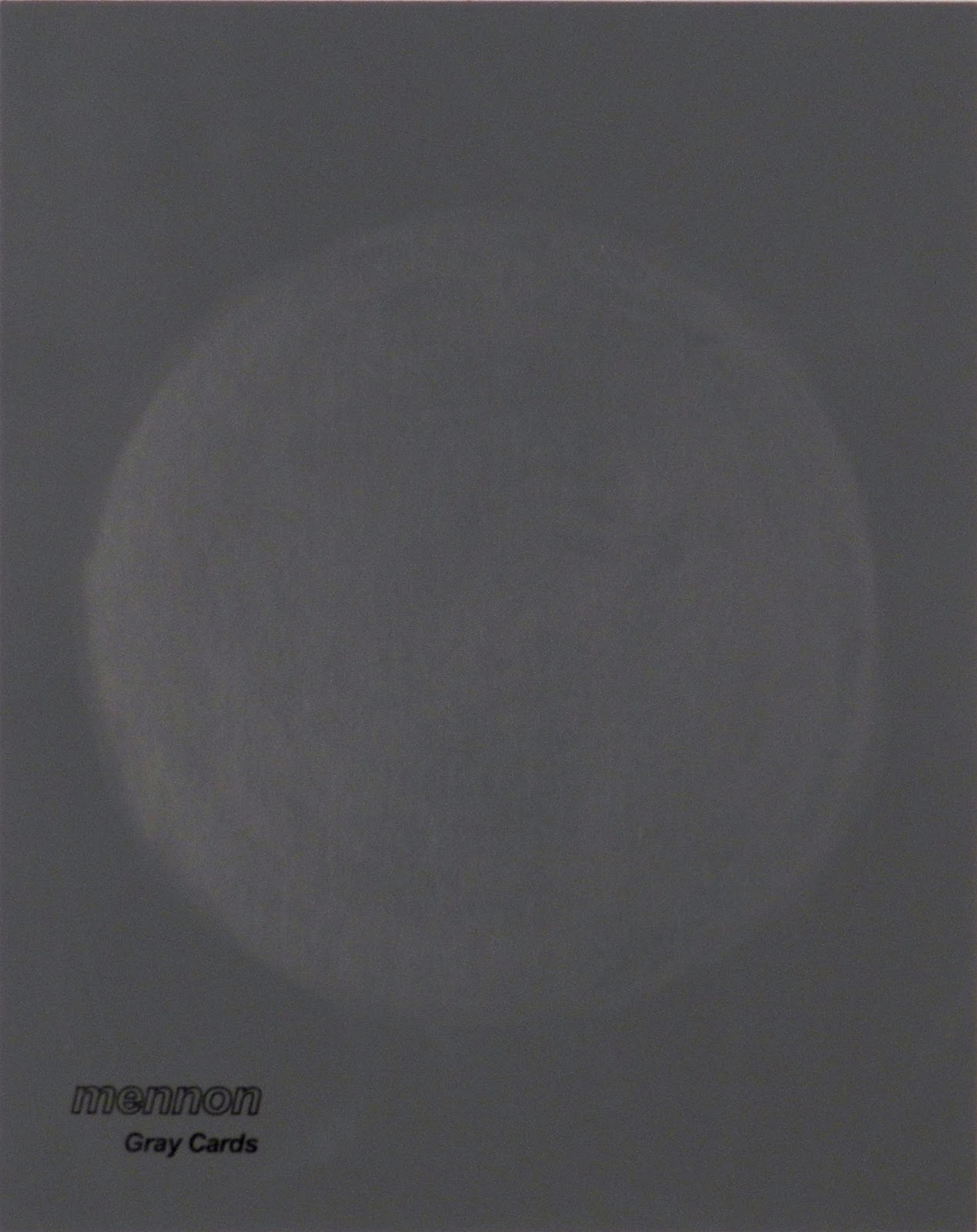 Meditation 1.1 (Thusness, Elseness; Omnipresent)
I selected this one of my series of QR code mandalas for it's ability to abolish the interior space of the centralized "truth" by shooting the viewer out into cyberspace upon scanning. Every time the viewer scans it it yields a different random destination. For more info on it, see here 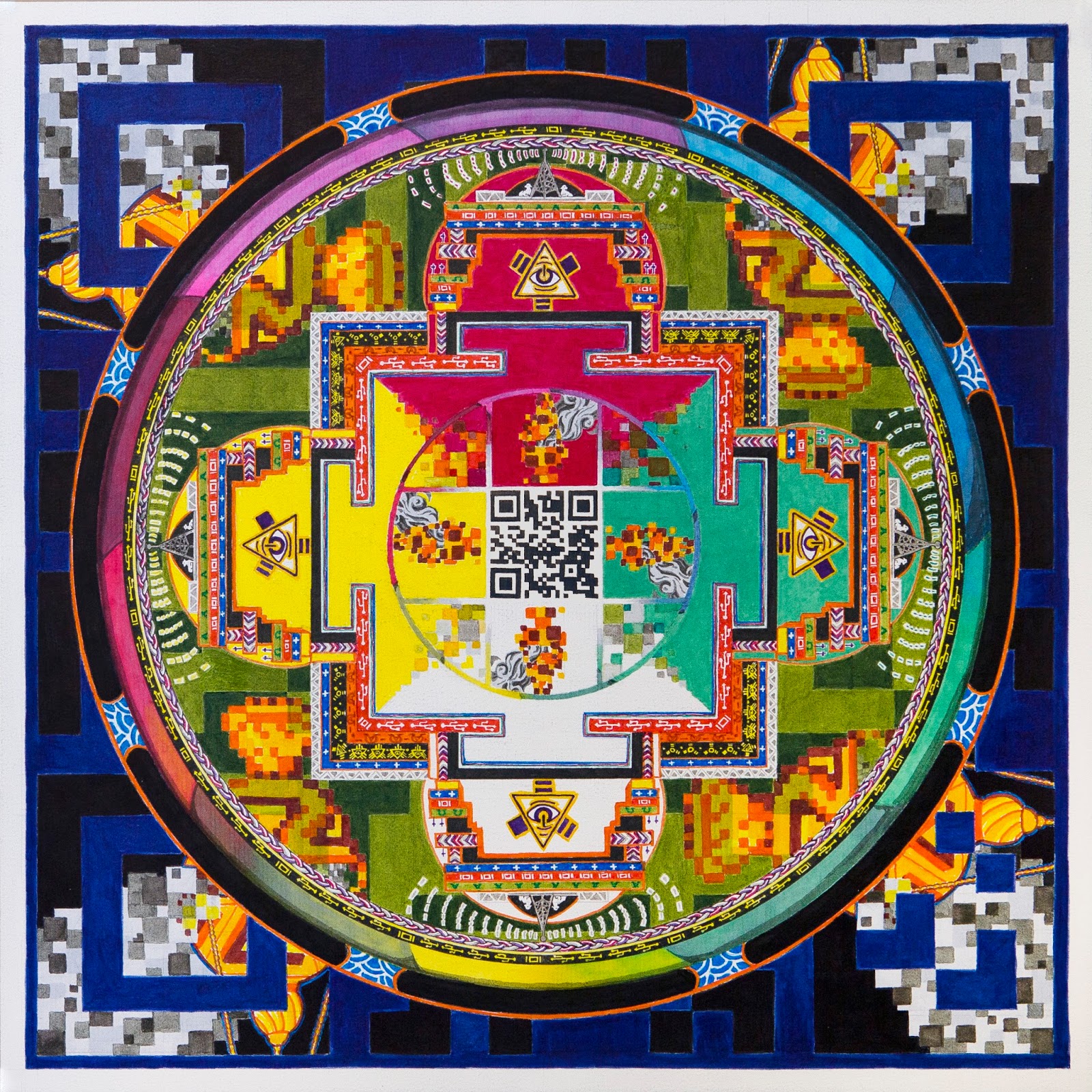 Merging the Self and the Other

Can selfhood and interiority be a corporate experience? The exhibition constantly strives to bring people into relationship with and awareness of others. Gazes are met from passersby on either side of the stained glass wall, and people literally merge with each other in the projection windows. In the majority of these windows, there is not a 1-to-1 viewer-image relationship. If you stand in front of window A you may find yourself showing up somewhere across the room in window F. You and another person, even someone just outside the gallery, may end up occupying the same virtual space in the window, where your colors blend together. As viewers explore themselves in these windows, they inevitably encounter the other, and it becomes a corporate, active contemplation.

What if the gallery wasn't the primary place from which to view the exhibition? What if the show were, on occasion, meant to be viewed from outside the gallery? Given that the exhibition is on view through the winter, there will be viewing hours in both daylight and moonlight. The installations are configured in such a way that during the day .windows/Sarly is lit up brilliantly to the viewer inside the gallery as colored sunlight floods into the room, while Without_Within are mostly washed out and invisible. The viewer outside the gallery at that same time however, would see Without_Within quite clearly rear-projected onto the exterior frosted windows, but .windows/Sarly becomes dull and darkened.

At night however, the viewing situation inverts, with Without_Within becoming primarily viewable from inside the gallery and .windows/sarly lighting up beautifully when viewed from the courtyard outside, flooding colored gallery light out onto the grass and shrubbery. At no time can you see the entire exhibit without exiting and entering, crossing the threshold between outside and inside. There becomes a sort of apophasis of the unknowable whole.

The whole becomes the part, and the part becomes the whole. The viewer finds his interiority in the analogous interior gallery space, made manifest and complete only through experiencing both what's bodily and architecturally exterior. The Other becomes the Self, and Self expands to encompass the Other. The viewer is brought into renewed awareness of Self by way of renewed awareness of the space and the Other, and vice versa, encountering the latter out of a search for the former. The absolute is abolished and the relational takes hold.

We find ourselves, through this exhibition, in the liminal spaces. The windows become thresholds not only between inside and out, but between physical space and digital space, between the mind and the body, between our self and others' selves. Following McLuhan, I hope these mediators do indeed serve to "extend" us into territories previously unexplored and unconsidered.

I'll leave you with these pictures from the Opening Reception. Enjoy! 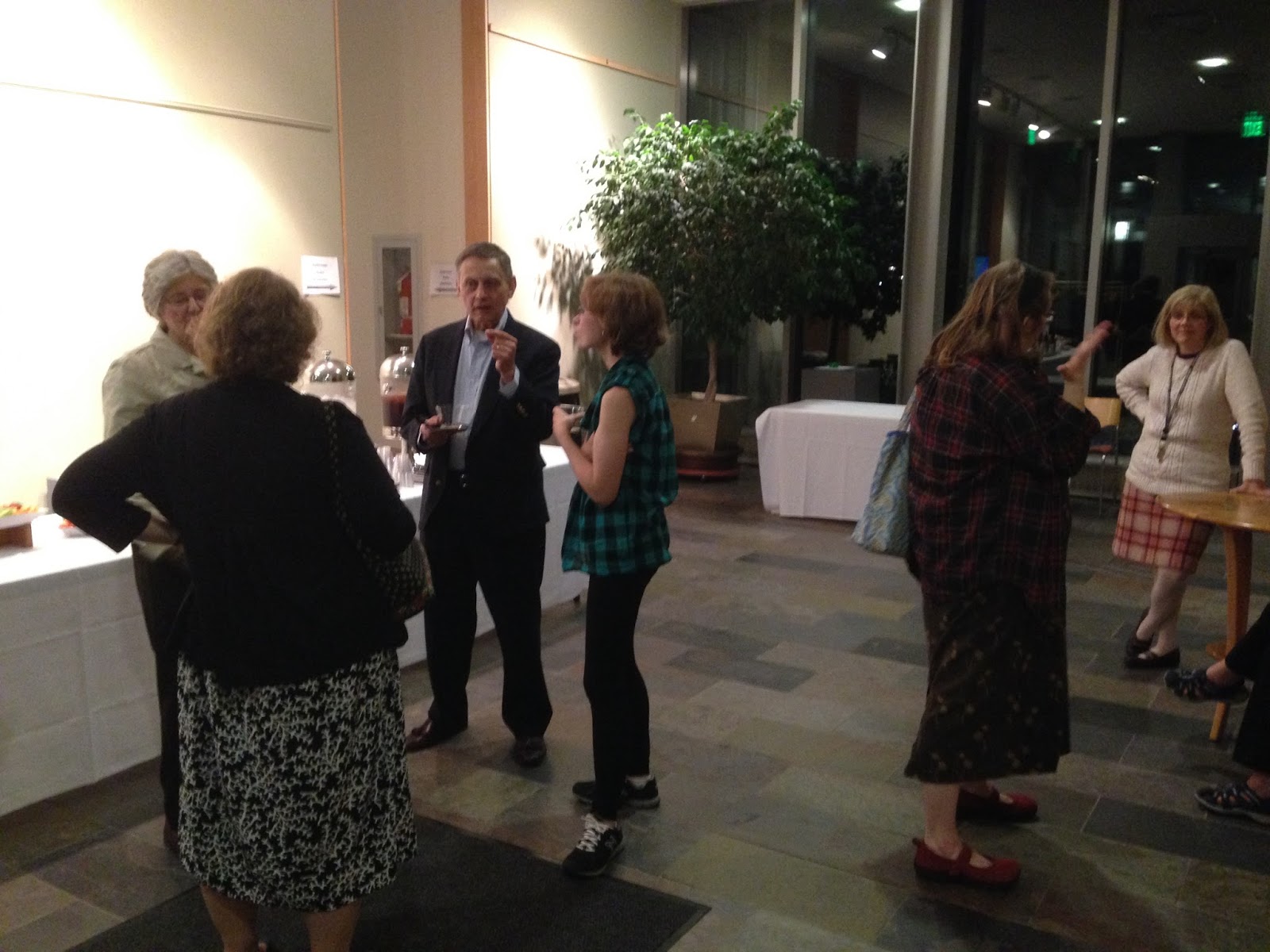 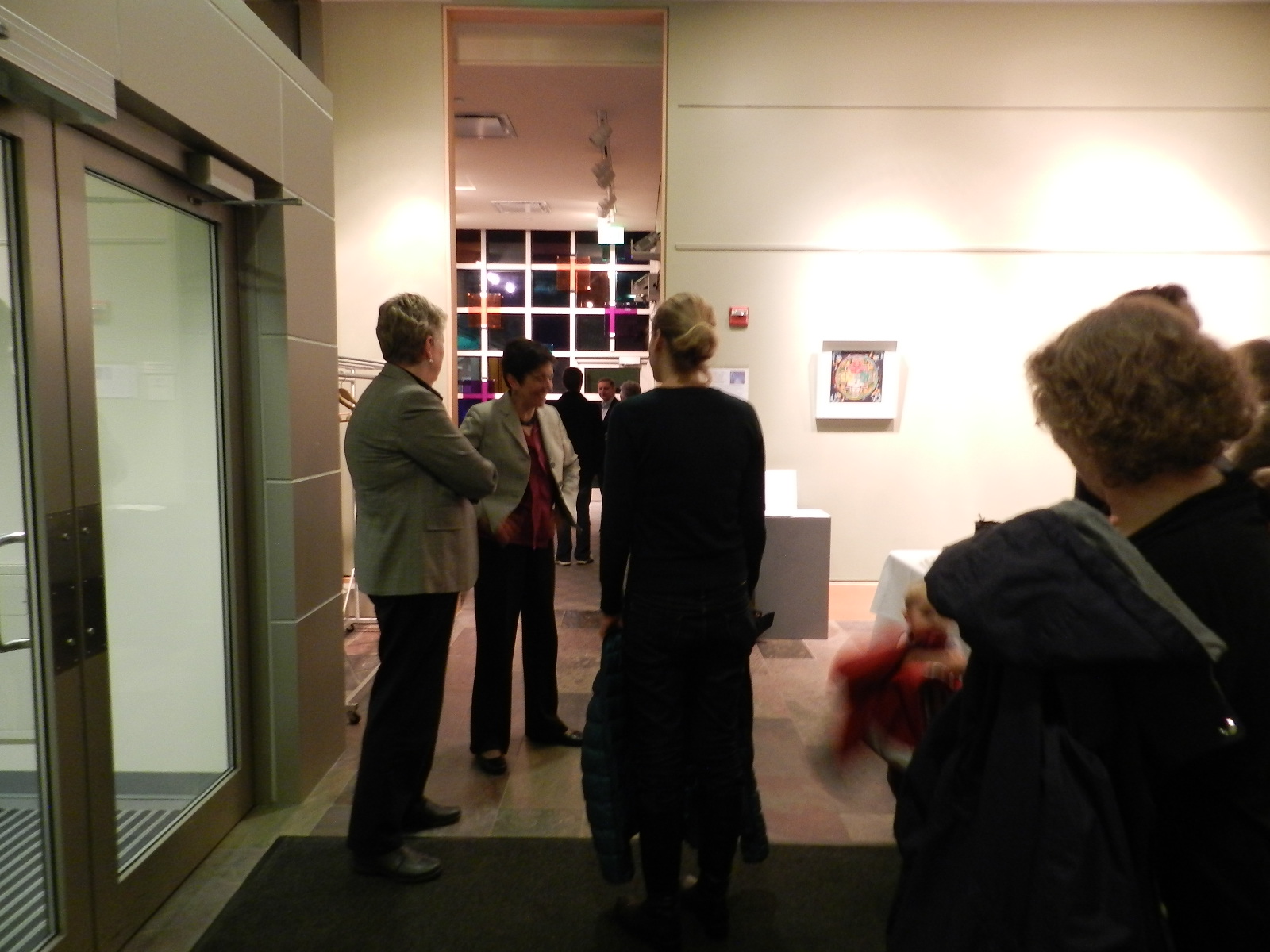 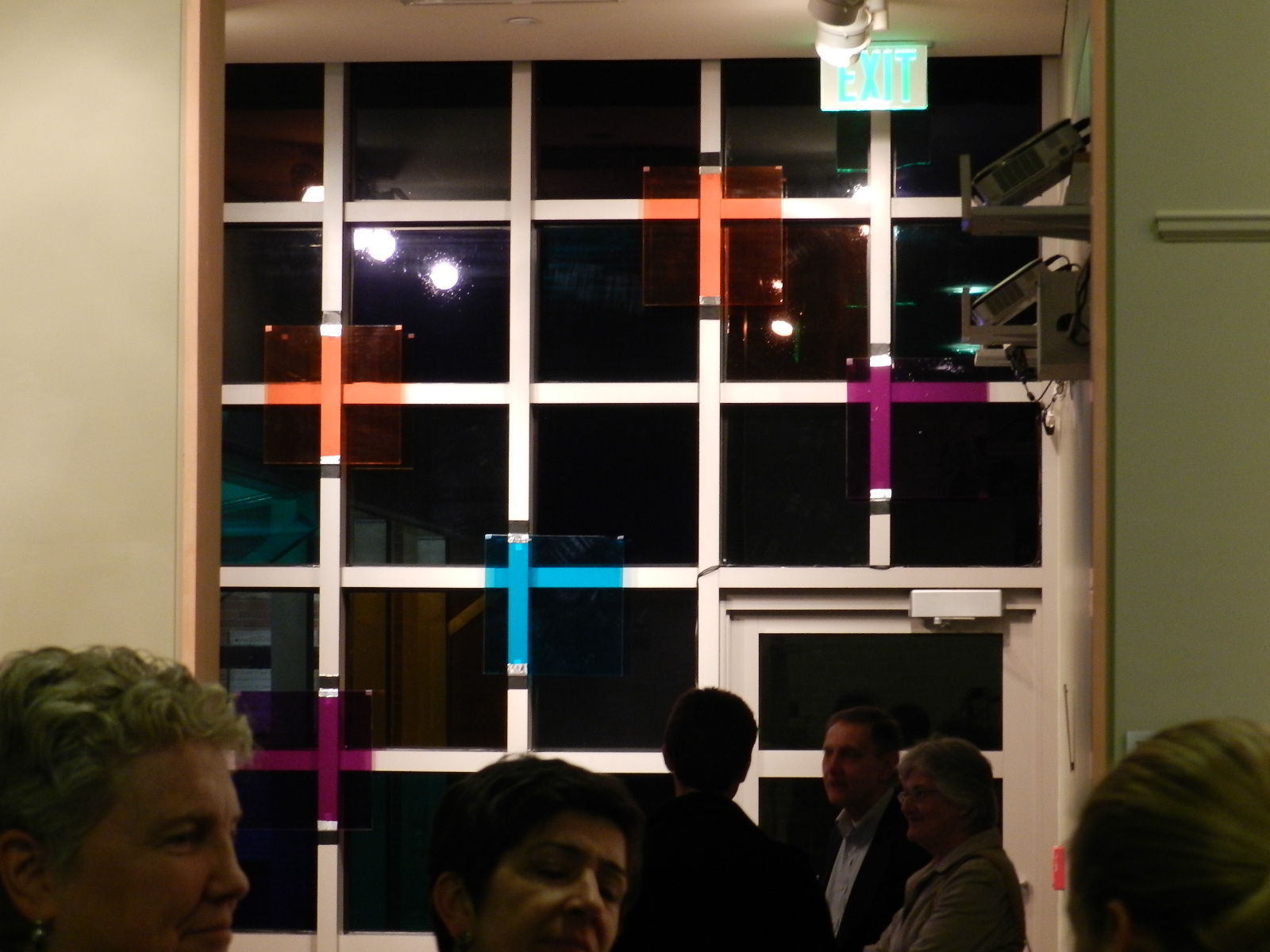 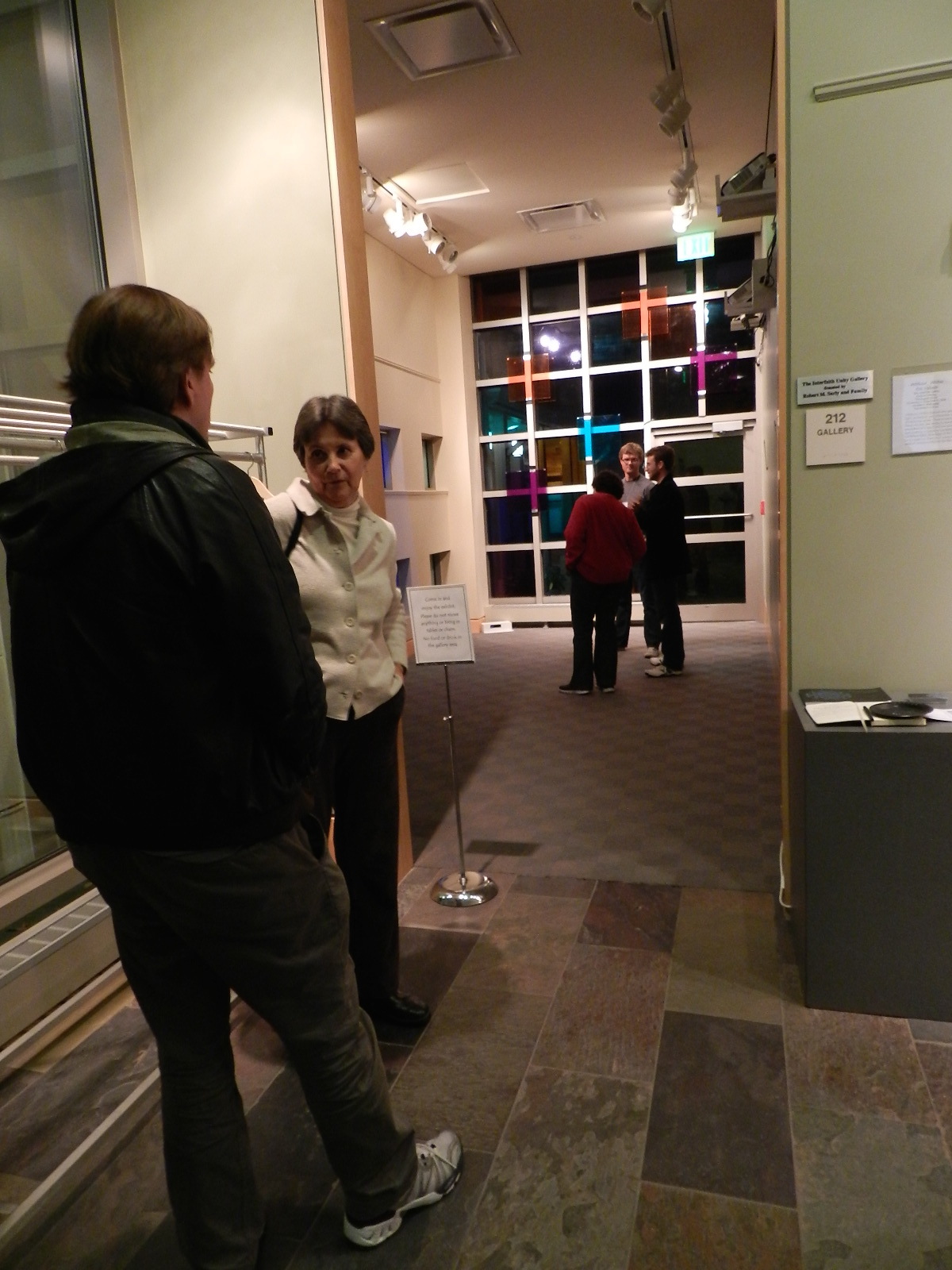 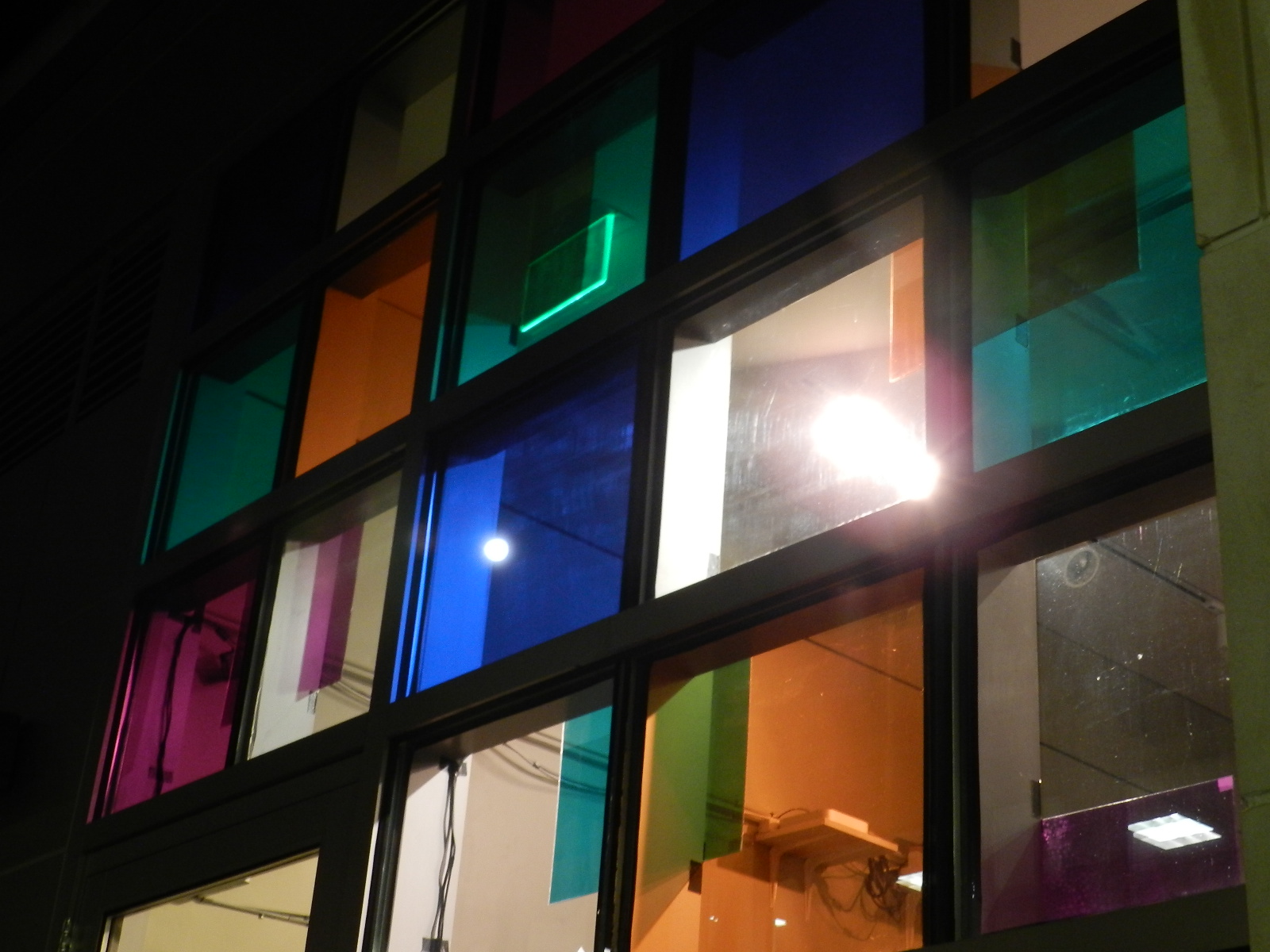 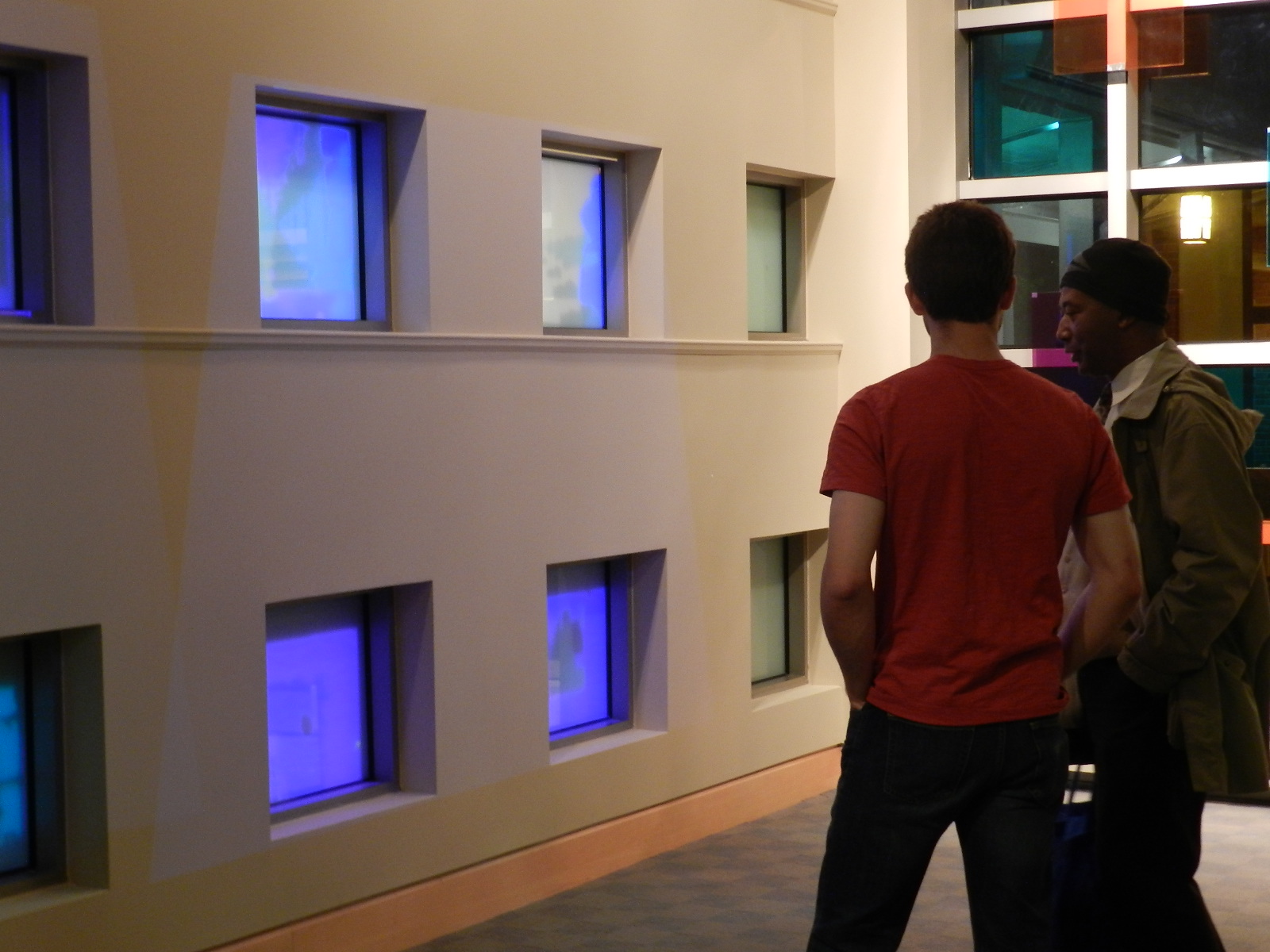 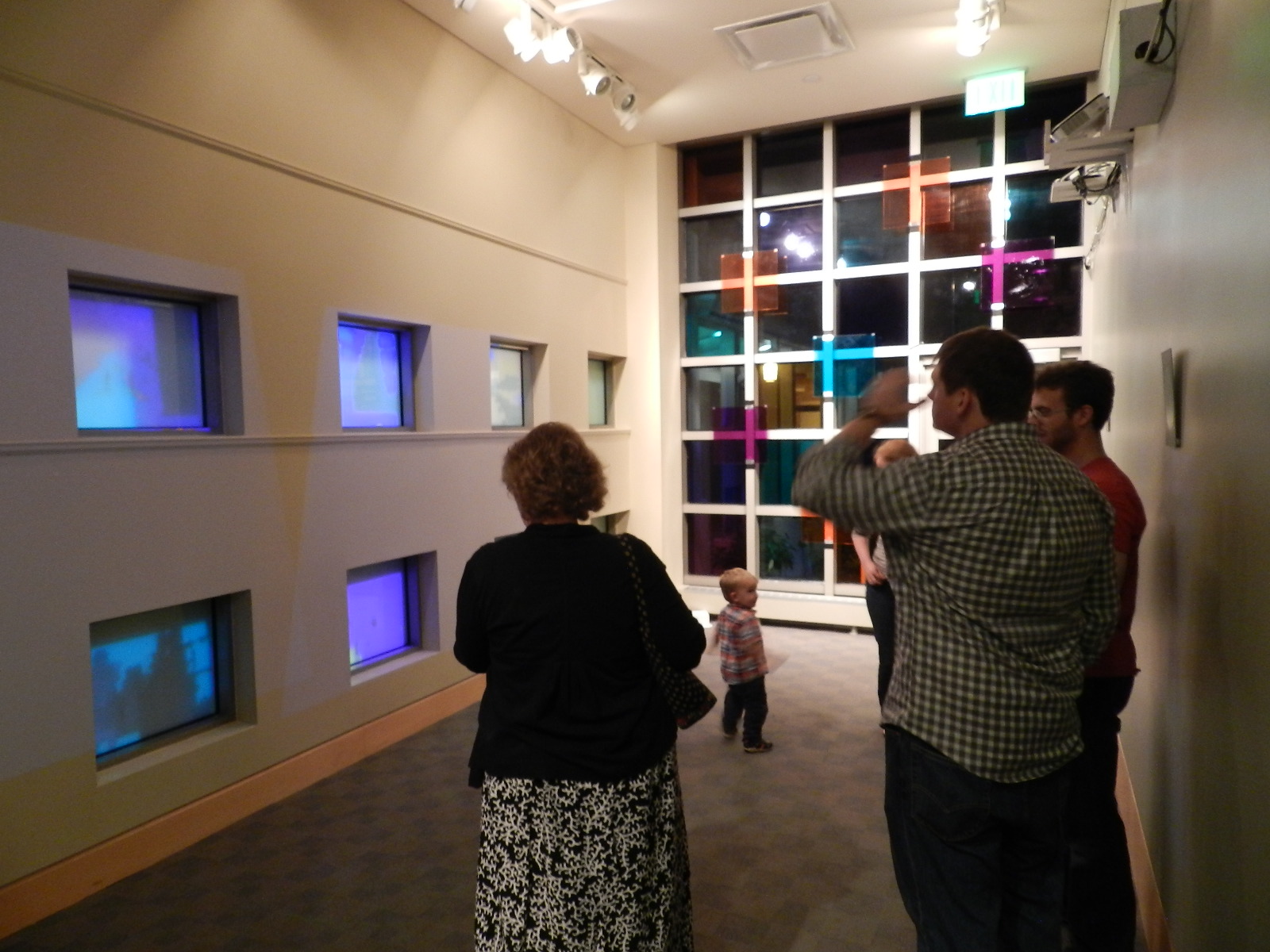 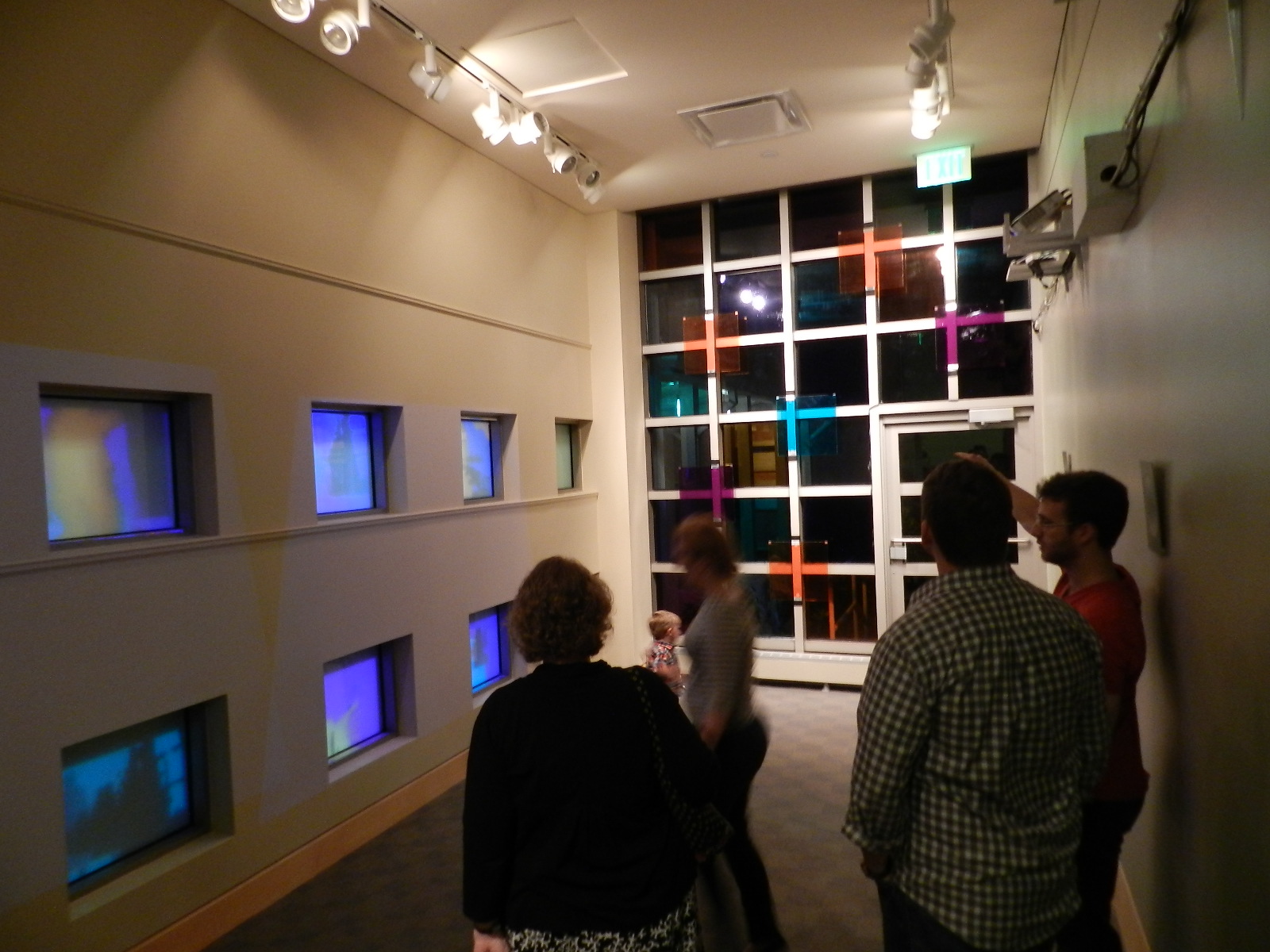 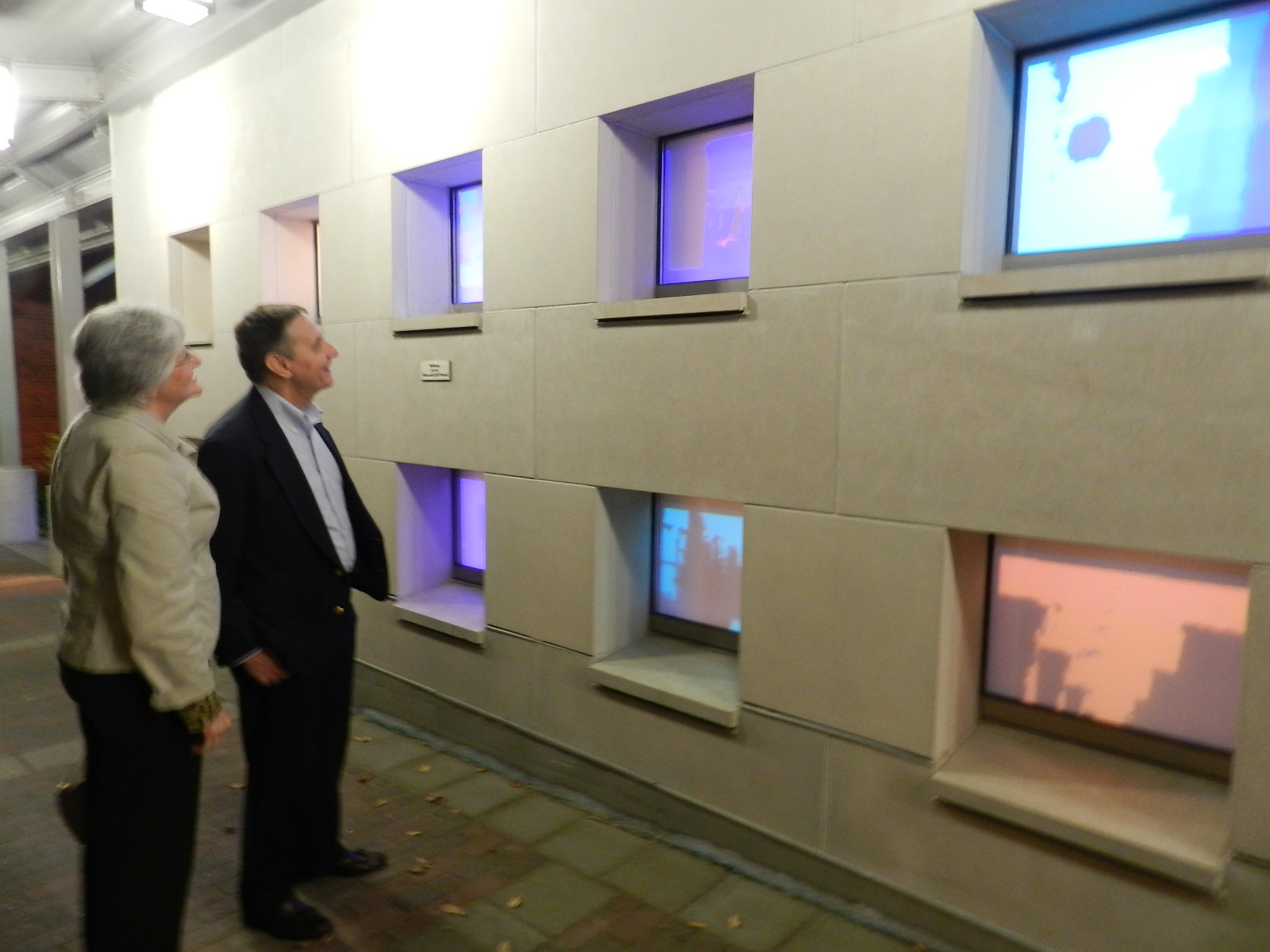 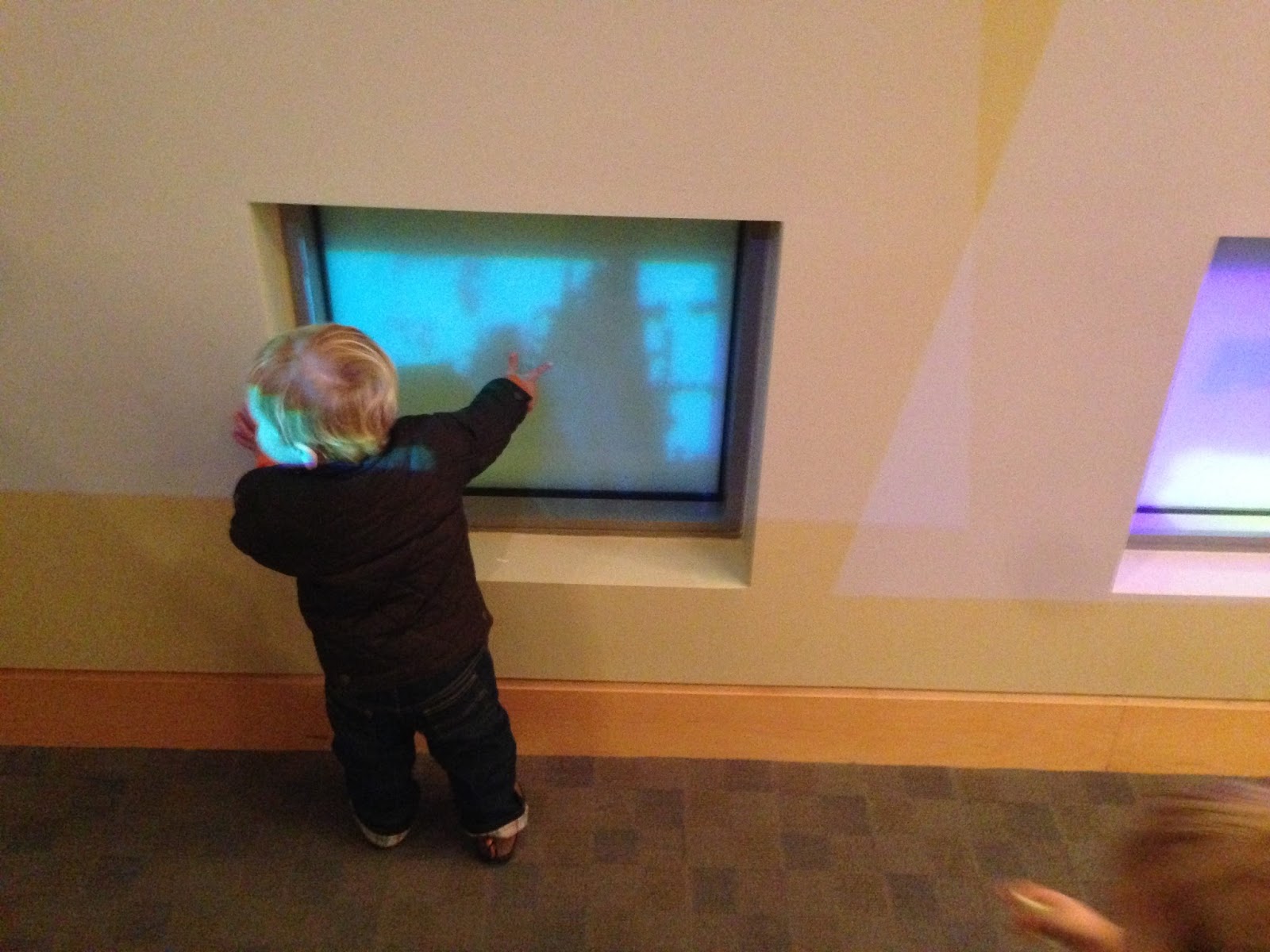 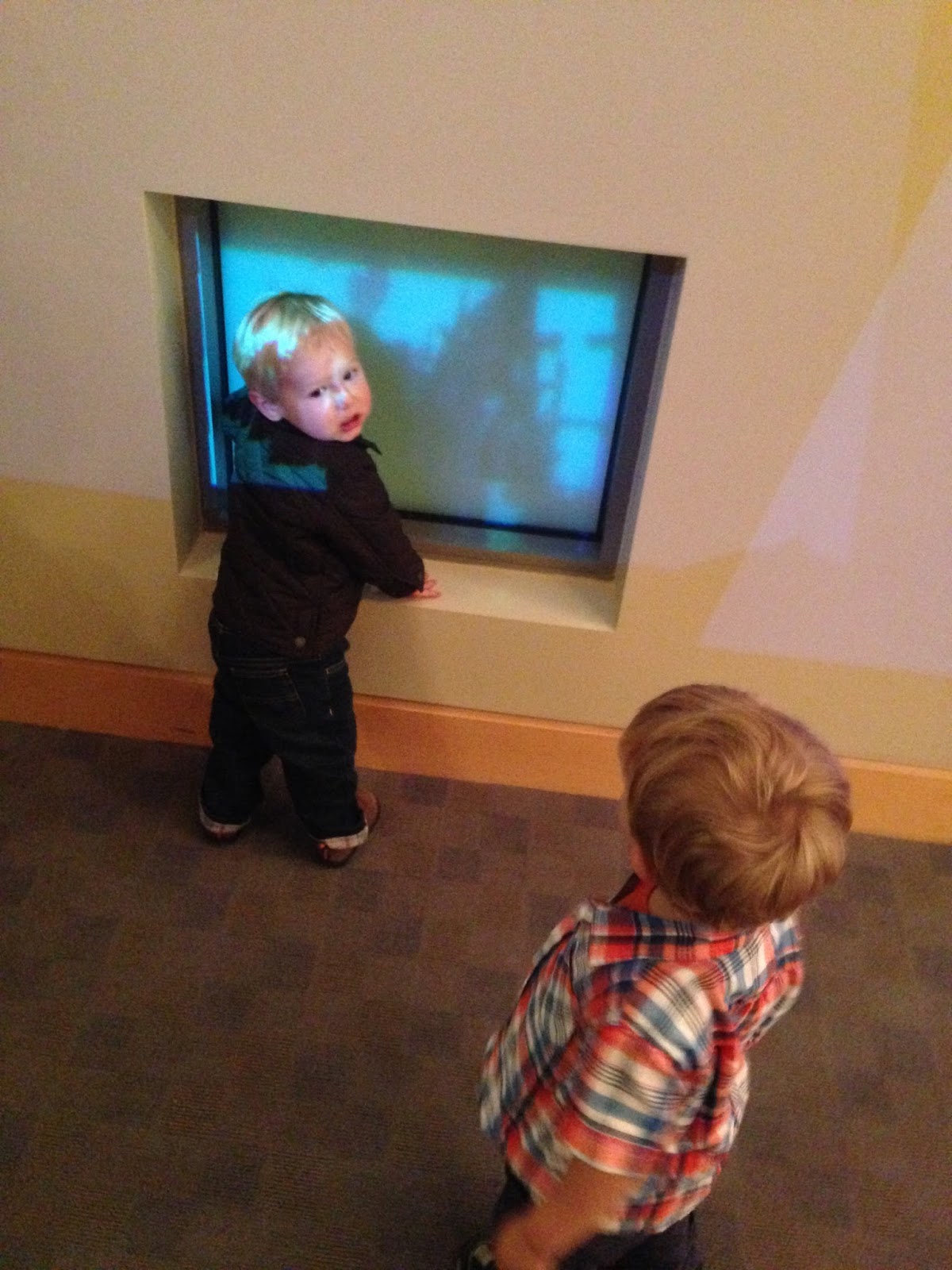 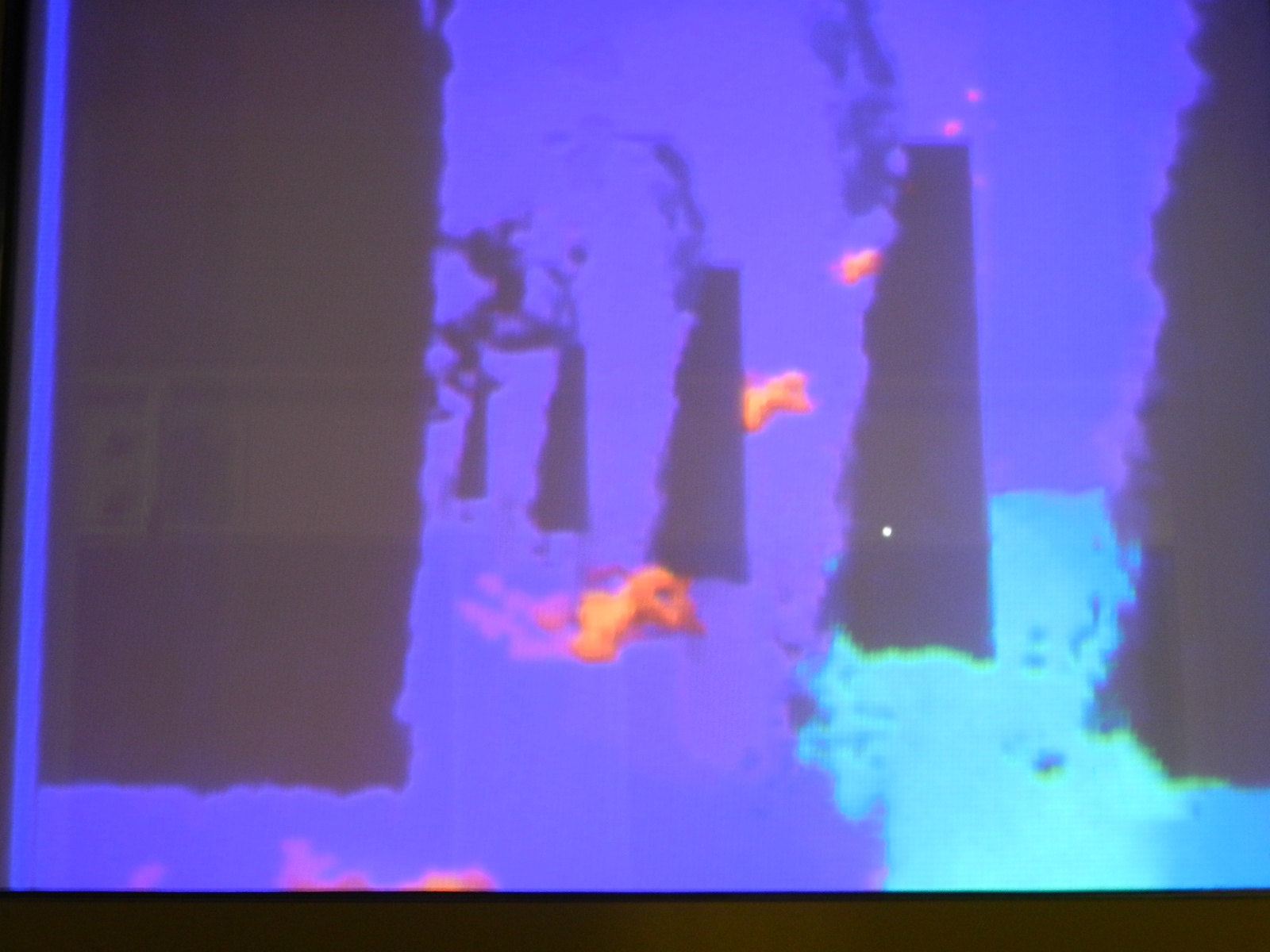 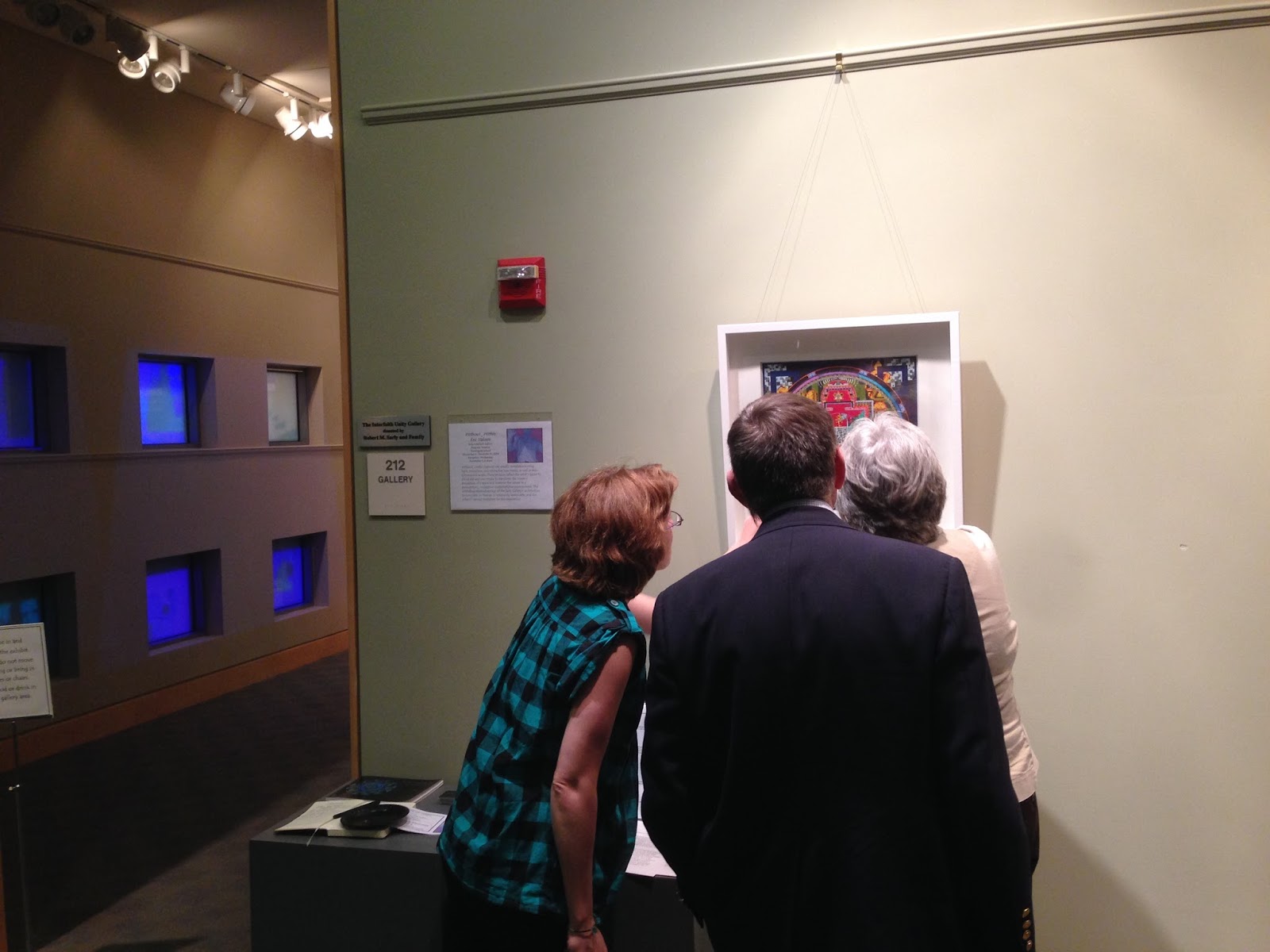 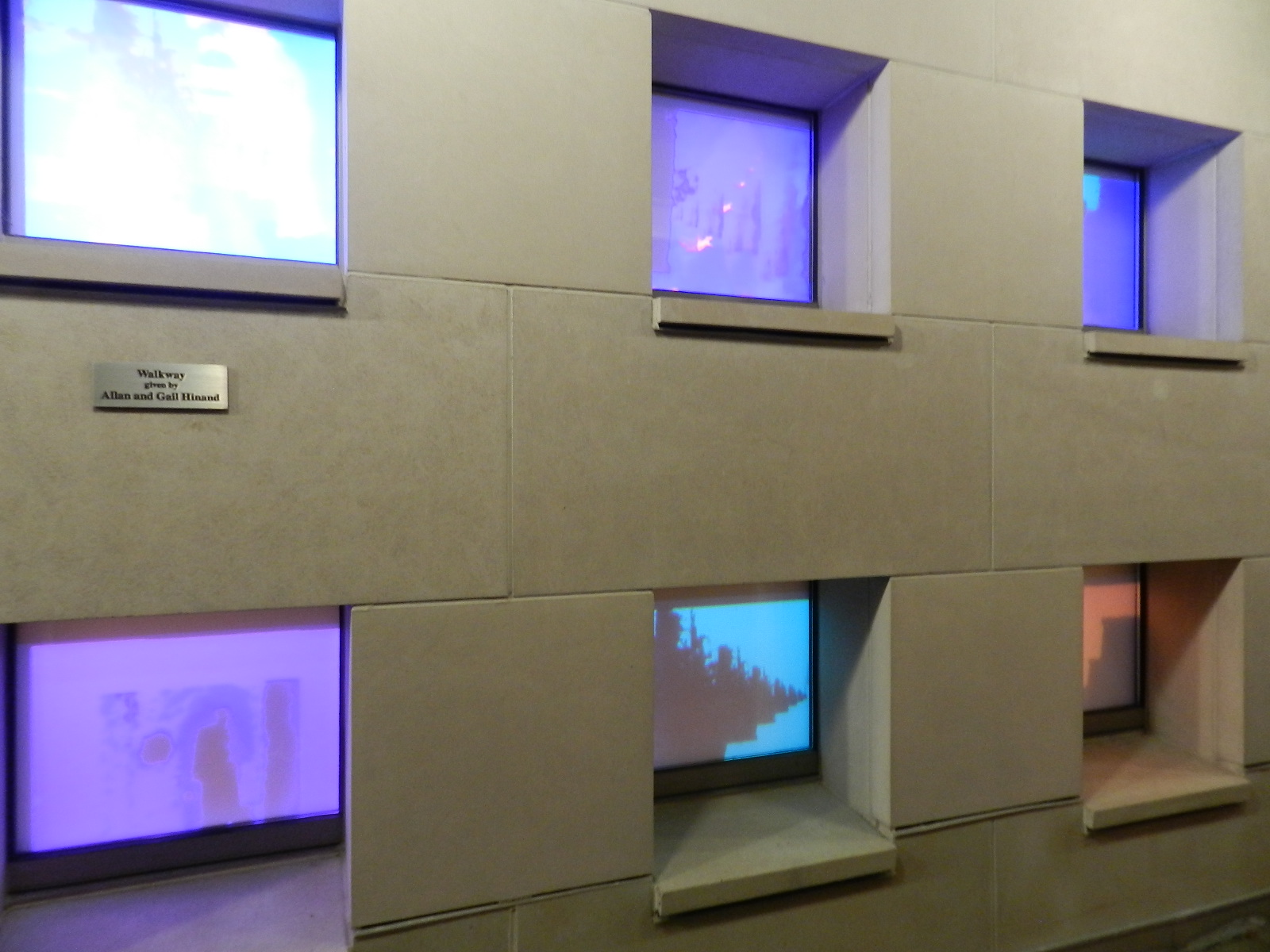 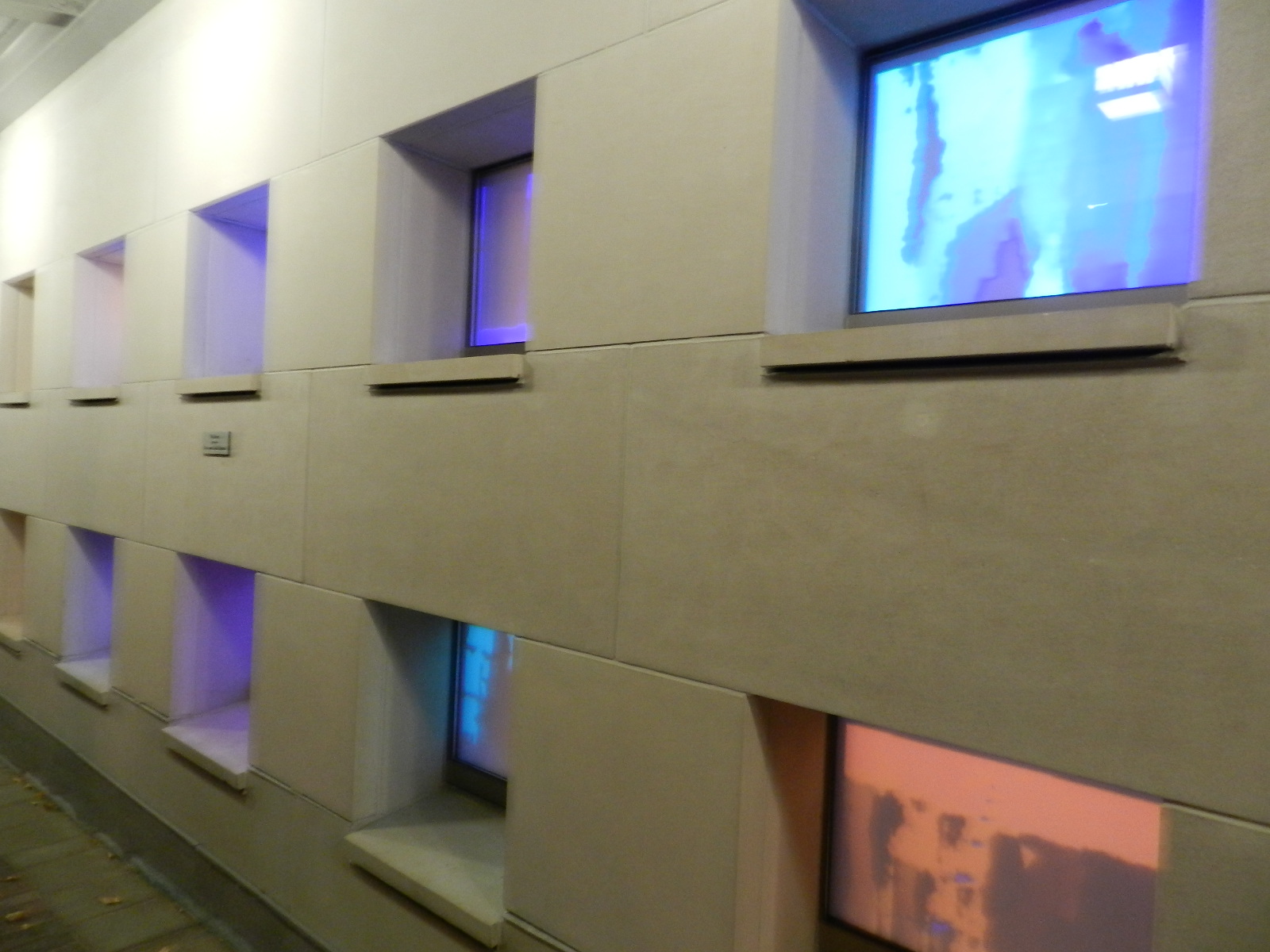 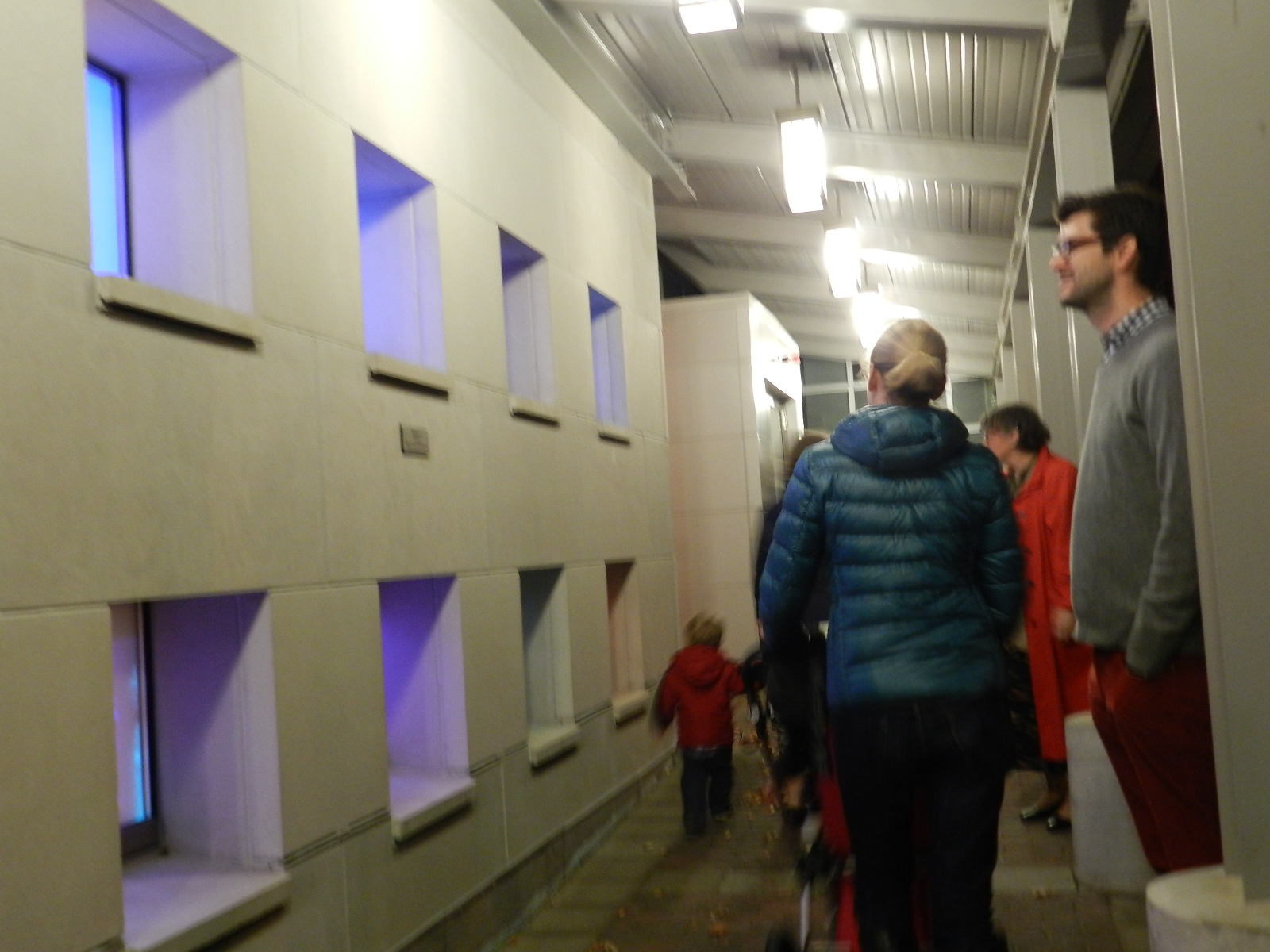