It's mine!  I claim intellectual property rights (or however that works...) for this discovery, which I made earlier this semester - it was pointed out to me that no one I've talked to has ever heard of this being done, and I decided to do a bit of internet research and so far have found no examples of it in google search or google images:

It turns out that if you digitally project an image onto a surface that's coated with glow-in-the-dark paint, the paint is actually activated to varying degrees by the different wavelengths of colored light, and therefore actually captures a record of the image in its glow!

I'm installing an art piece that uses this idea as we speak for this projection class exhibit next week.  I'll go more into that later, but for now I just wanted to solidify record that I have made this discovery and posted proof of it here at exactly 12:26 am, on 4/28/2012, before some internet savvy artist beats me to the punch!

Here's an example - when playing around with projecting white light onto the glow in the dark paint, exposing it for various durations, I accidentally projected just an image of my desktop onto the surface for a moment: 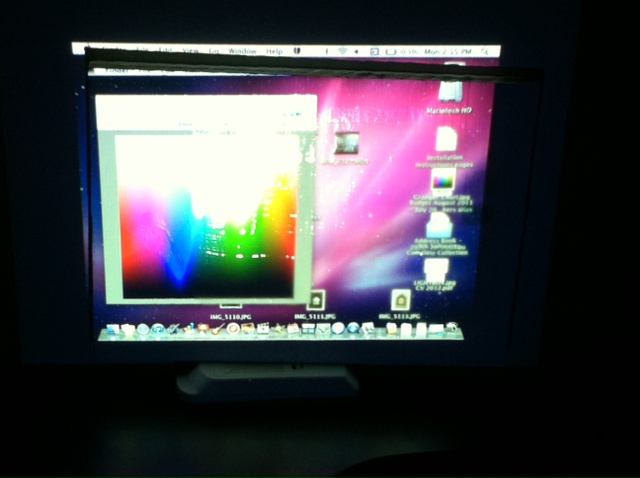 When I hastily covered the projector so as not to expose the paint (and therefore have to wait for it to stop glowing before continuing my experiment) this is what I saw... 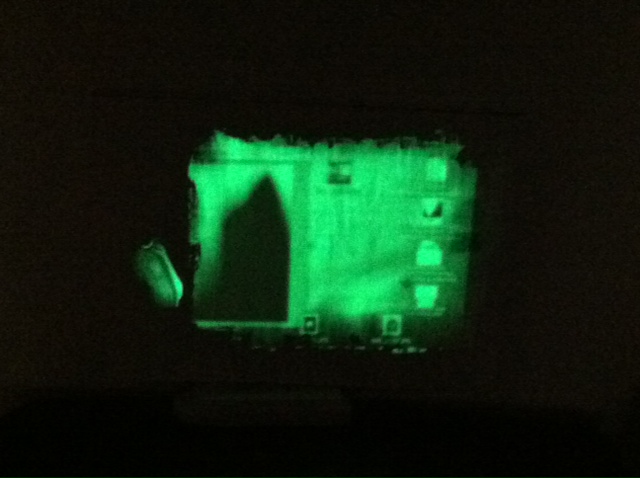 CRAZY, HUH?? (yeah I know. whoopee. let's move on)
then when trying to turn off my projector, it flashed the "press the power button again to power off" sign, which then also got recorded on the board, superimposed on the fading desktop image.  You can see the darkened horizontal rectangle below. 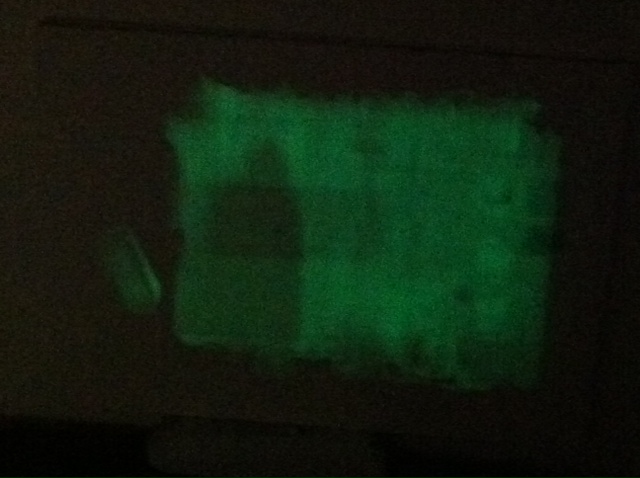 The image then remains for a good half minute, even when the projection (at 300 lumens from roughly 4 feet away) only shines on it for no more than 5 seconds!

So let this be confirmation that today I have laid claim to this discovery (which was actually made, according to the timestamp in the images I posted, on Monday, March 19 2012, at 3:11 pm).

More on what I'm actually doing with this discovery soon!
Posted by Eric Valosin at 12:36 AM