It's a miraculous thing when a piece comes together and actually exerts a real effect on the world around it. Marc and I had designed this piece with relational aesthetics in mind, that is, the "art" is just as much the interactions and relationships that are cultivated as a result of viewing the piece as it is the piece itself. Tonight as we were finishing up installing for Activate Market Street, I really think we saw Market Street activated. I think we saw a glimmer of revitalization. 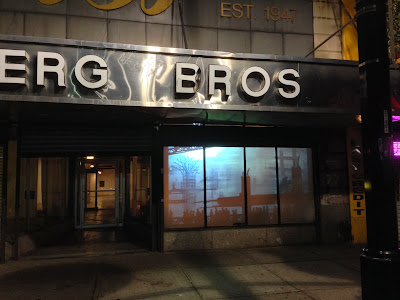 Have you ever been to Newark, NJ? It's not exactly a place many people want to linger after dark. And yet, in the light of our projection, stranger after stranger began to interact with each other as if in the company of old high school buddies! One man, after passing by and catching himself integrated into the video in his peripheral vision, stopped in his tracks and started asking us about it. He had no artistic background, and seemed at first to be very much the sort of person one might expect to be roaming the streets of Newark after dark. Rough around the edges to say the least. But as we began small talk about the work, something strange happened... He gradually opened up and found in us a camaraderie he must have badly needed. He unloaded a heart-wrenchingly terrible backstory - the kind that, in my experience, is usually followed up by a plea for your spare change. But no money was ever requested. Only an ear. No joke, Marc and I stood with this man and listened as he actually got choked up over his need for a revitalization story of his own. We called each other by first name, shook hands, and talked until he felt like he was ready to move on, and then he thanked us, swallowed hard, smiled, wished us the best of luck, and then started off down the street with a "God bless you guys." Stunned and a little caught off guard, we offered to keep him in prayer and wished him well as he left.

Social barriers of race, class, and background came crashing to the ground as people made instantaneous friendships inside our little virtual world! I was invited into my own projection by a guy who wanted me to join him on the girder for a silhouette snapshot, as if standing in the same virtual zone as him was like joining the same fraternity; as if it just wasn't right to be separated by virtual thresholds! I watched as a very compelling sort of kinship formed among people who occupied the same girder.

I drove home tonight proud of our completion of the installation, yes, but downright giddy with the thought that this is exactly why I make art - to create spaces where people can meet themselves and each other anew, and just maybe sense God in the midst of it all. I for one felt God today amid our new comrades, these strangers, and relationships were cultivated that would have had no business happening otherwise.

But that's of course skipping ahead quite a bit...

There were several harrowing days of install before we got to enjoy these moments. HUGE thanks to Aferro Gallery for being so supportive, generous, and curious. Their belief in this project made it possible. Here are some shots from the journey:

...This test thankfully confirmed that everything worked as it was expected to, with no technological disasters on the part of the Kinect! You'll hear Marc's reactions as I go out and test it for the first time in situ. 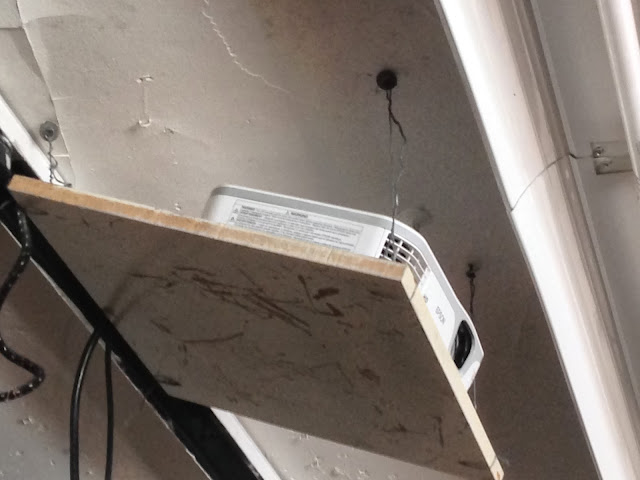 And we here get our first peek at real passers by out on the street, as we watch from inside. We still hadn't quite resolved the lighting (harrowing moment #5) so the image is a bit washed out, but that was soon remedied by some clever masking and snooting. You can thank your theater tech professor later if you understood that. 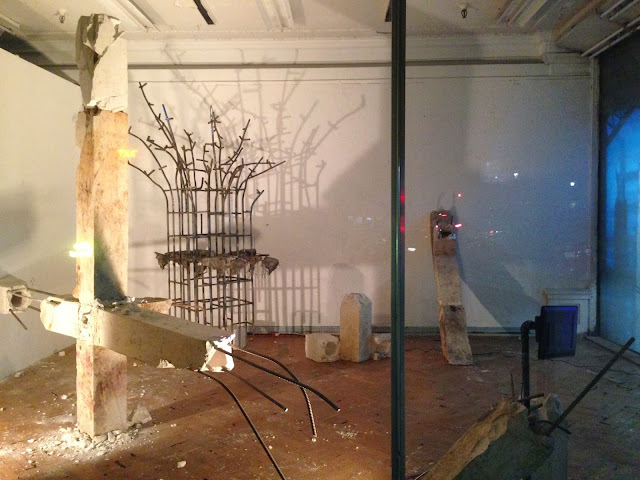 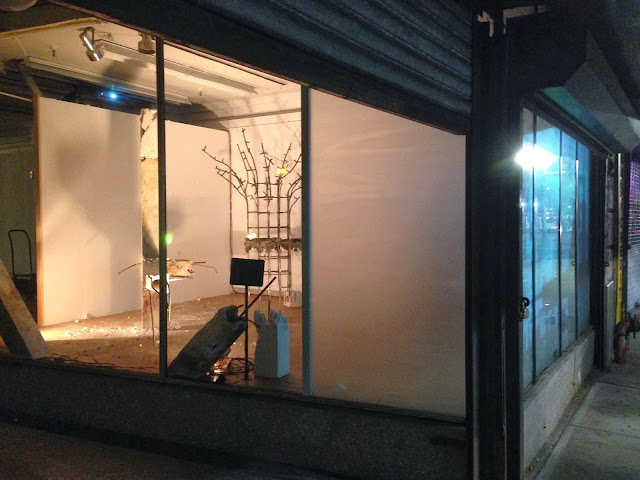 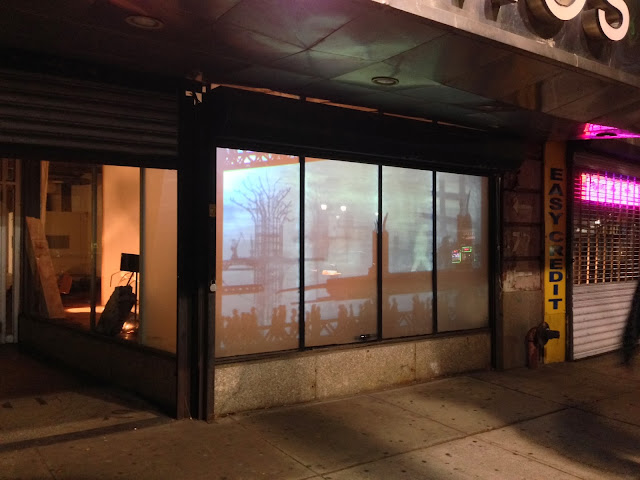 (more photos and videos to come - Marc got some great ones. I believe he has some including our encounters with our new friends, too.)

And so now, there's nothing left but to hope the technology does what it's supposed to and continues to cooperate in the time between now and the opening, inevitably frantically fix something, and then enjoy your company! See you there!!