After the success of my first drawing in this new series at Gallery Aferro's benefit auction, For()Loop Meditation 0.1 (Prototype), I was eager to get started on the next!

In the series, I use circuit diagrams from prototypes of an installation I'm working on as cosmological diagrams, reconfiguring them into mandala-like geometric arrangements. The installation consists of pushbutton prayer beads that will control a meditation on an image one pixel at a time, changing the light in the room to the color of each pixel. The QR codes in the drawings replicate a similar effect on the screen of the viewer's phone.

For the second iteration, I decided to try out a different configuration of the same circuit diagram, moving from the LEDs out to the pushbuttons, rather than the more vertical orientation seen above. 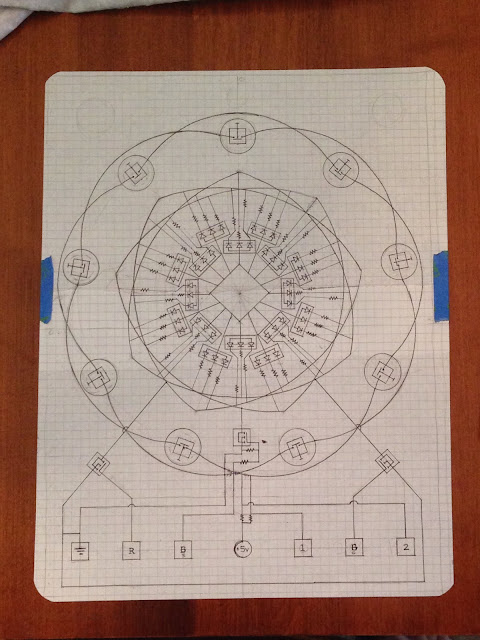 First I plot out the design, and then lay it over the paper I will use. I then trace the image, impressing the lines into the paper beneath. I like the sort of additive-subtractive there-not there push and pull it creates, emerging as the negative space of the charcoal rubbing (becoming positive space). It seems very apophatic to me. 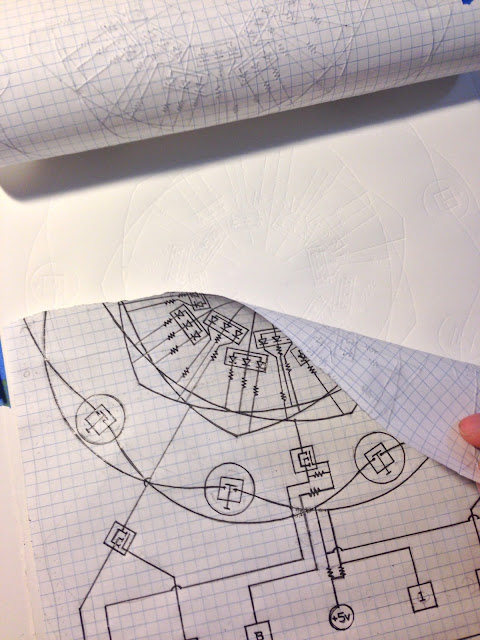 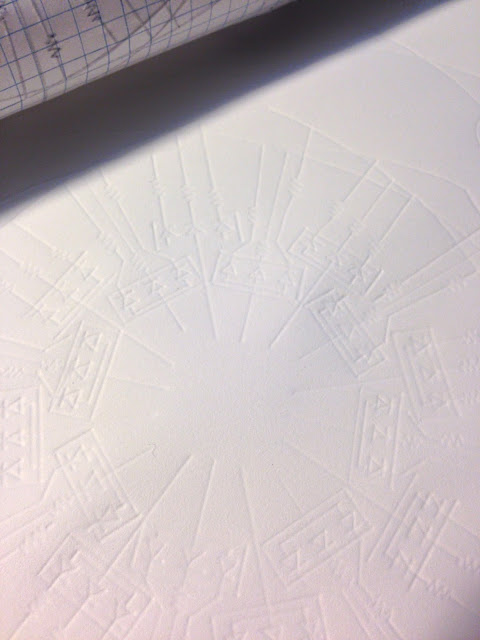 Next I rub the charcoal over the surface to watch the lines emerge. 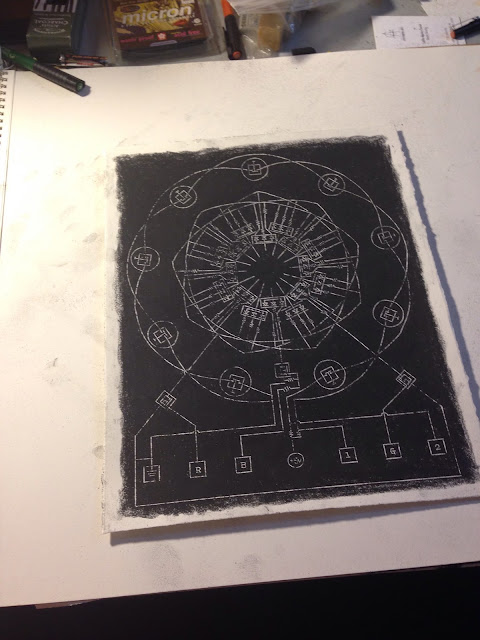 The next step was where I began experimenting a bit. In adding color, I first used fine markers, drawing right into the minuscule white grooves in the first iteration. However, that muddied quite easily if I wasn't careful, and also had a bit of a restricted palette.

I wanted to find a more versatile and reliable method, so I began researching liner brush techniques and studying master sign painters a bit (here's one of the more helpful [and endearing] videos I found). With the right solution of watered down acrylic paint, and surprisingly less practice than I anticipated needing, I was able to get pretty good results. 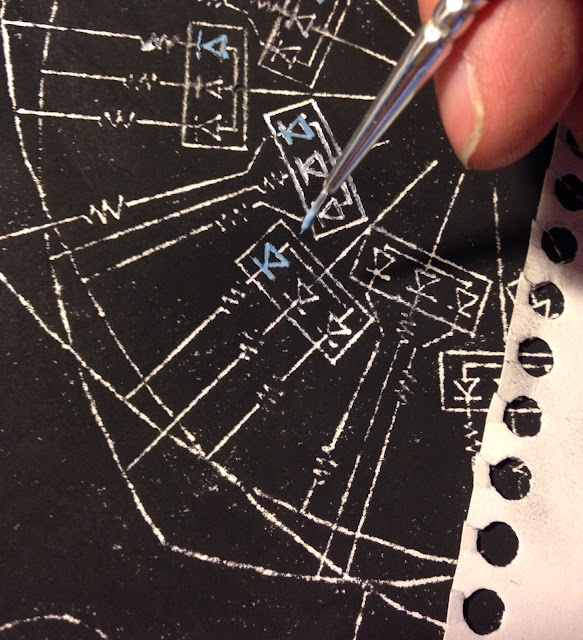 Then it was just a matter of pretending to be Isaac Newton, selecting the most cosmically harmonious and "complete" palette I could. Dividing the 360 degrees of a circle into 9 sections (for each "bead" drawn), I found the corresponding color of that degree on a color wheel, and painted accordingly. For the LED interior, each cluster of diodes contains an R, G, and B, encased by one of the 9 previously used colors, sweeping from left to right (to balance the warm and cool colors as they tended to run the opposite direction in the outer circle). Then each RGB color is followed out to its MOSFET transistor and terminating pin on what would be the Arduino. 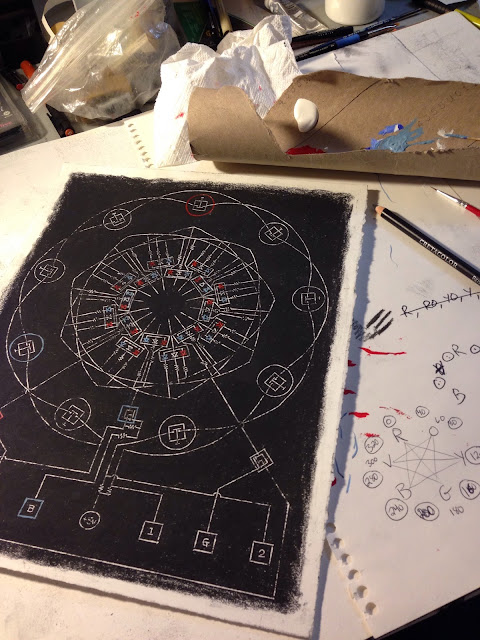 Lastly I erased out the space for the QR code, gridded the square and filled in the QR pixels. 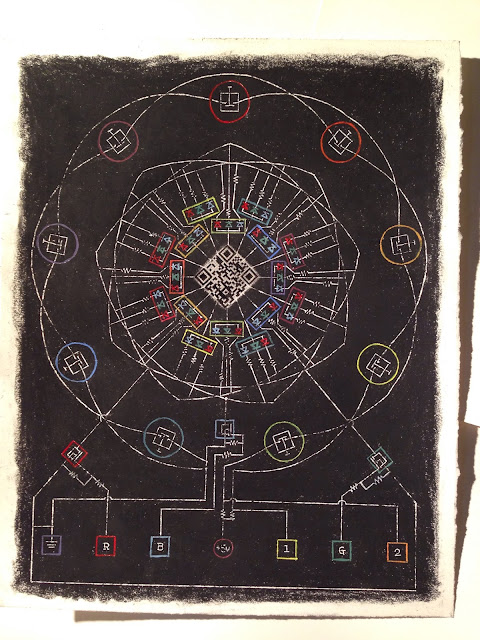 I'll probably try a few more configurations of this prototype before moving on to a new circuit diagram, but I'm also eager to do some related drawings of the pushbuttons themselves, or perhaps incorporating and image which would be cycled through in pixel form by the QR code.

After working on so many projection installations lately, it feels good to draw!