I Think Art is Smarter Than Me...

It's been pretty fascinating working on this reactionary shadow painting.  If nothing else, for the simple fact that I have no idea what's happening at any given moment!  Accommodating the projector's lack of luminosity and thus working in the dark means that I can't actually see much of what I'm painting.  From my perspective, my marks are only true given the context of the projection.  Once the light is on and the projector is off, it becomes a completely different image with an unforeseen composition, and it not only fails to make sense to me anymore, but it utterly shocks me visually!  Here's what I mean; the first image is the painting at one stage in it's creation, with the corresponding moment of projection.  The second image is just the paint, with no projection and the lights on: 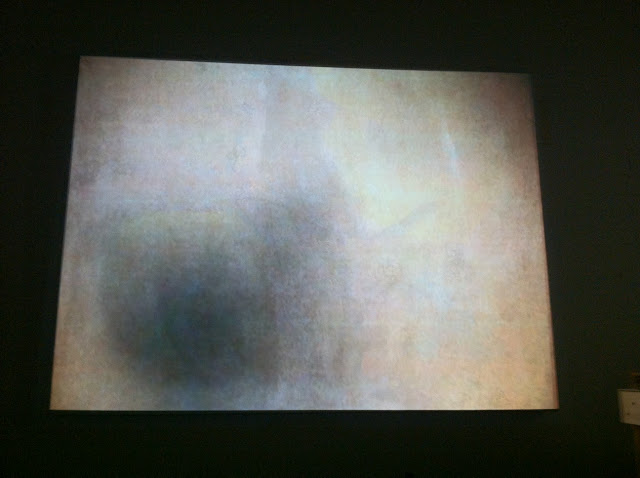 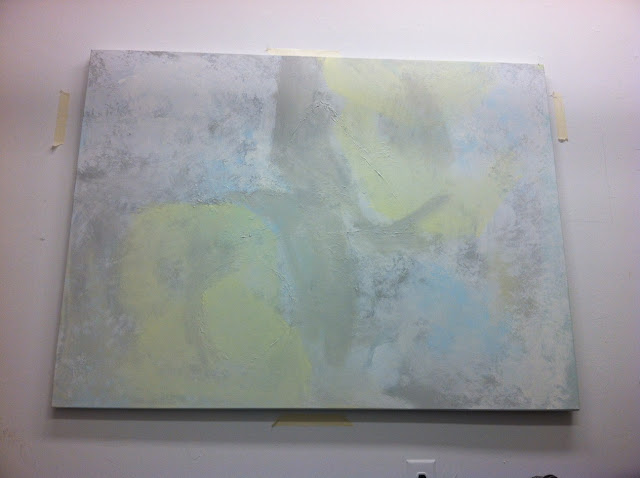 Moving a few layers later, another instance of this is shown.  With the residue of so many transitions and layers, the painting takes on a depth and memory of its own, bringing the past to light (no pun intended!) in the midst of any present moment of projection.  The next layers of paint and projection then are forced to interact with and respond to the past, unable to be unaffected by it as if it were a blank canvas all over again.  For instance, the ambient rays of light from the window yielded this painting (eventually the paint resisted the light, attempting to blot it out and thus created a sort of negative of the light patterns): 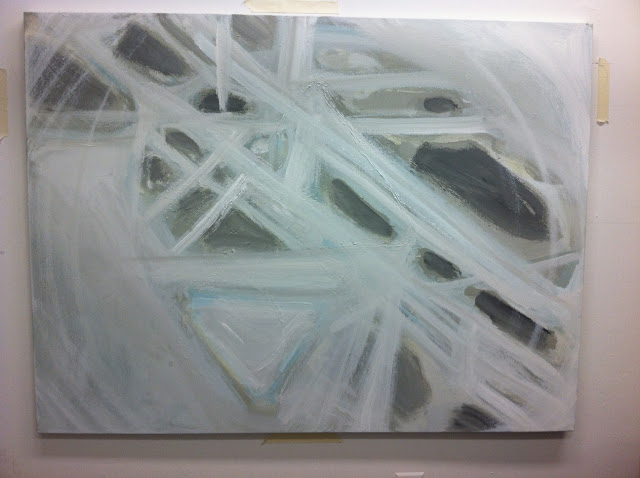 Yet add the projection a few moments later, and this fantastically complex moment results: 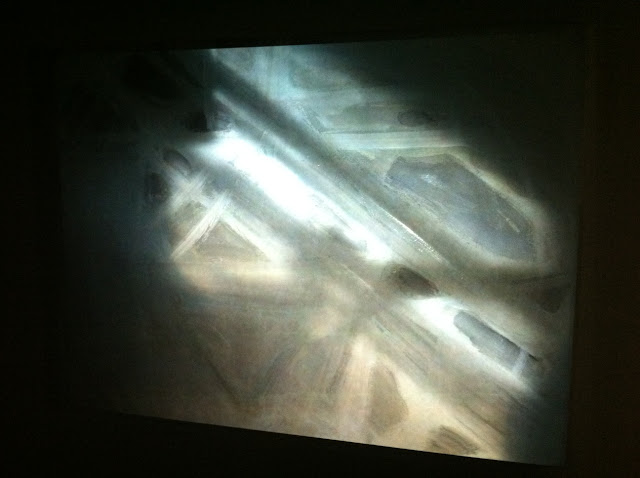 In a sense, this is proof that this project is doing exactly what it was designed to.  The fact that I can never quite grasp the truth of the situation as I'm painting in reality all the more reinforces the conceptual act of grasping at Plato's truth by painting Platonic shadows.  And that the truth is really only discernible (if at all) through the contextual joining of the projection and the paint means that Heidegger is beginning to win the debate!

My independent study advisor, Iain, told me this week that I'm essentially acting as a philosopher-artist with my painting and drawing, and I think he's hit the nail on the head.  What started out as a bland philosophical commentary has become a richly confusing and illuminating philosophical process of discovery.  The paint becomes a chronicle of my groping for truth - a moment of true spiritual discernment if there ever were one!


My drawing exploits are coming along as well; Iain would like to see my charcoal piece parlay into at least 5 more in a series.  I next want to draw each object as it would be understood by it's contrasting philosphical counterpart:  I'll do a bust of Plato as Heidegger might draw it, but first I began a graphite drawing of the boots as Plato would understand them - shadows, compiling illusory platonic solids.  Here are some pics of it in progress: 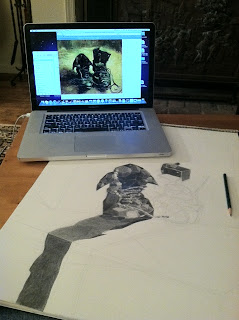 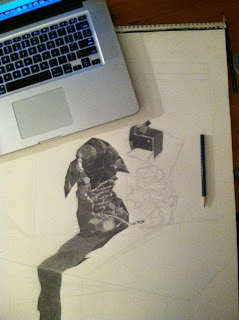 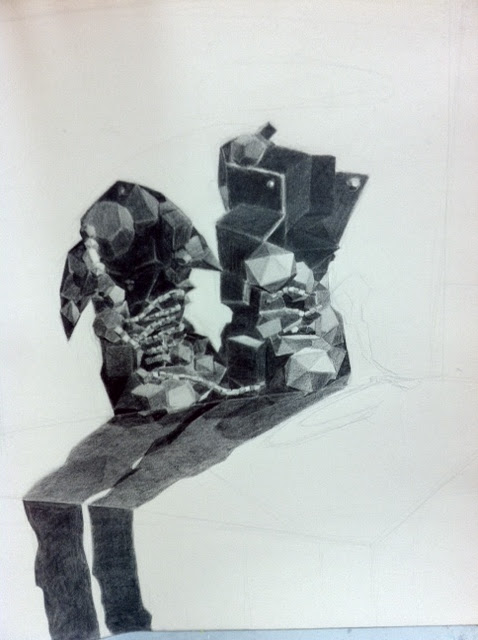 (yes it's a bit blurry, you can stop rubbing your eyes).  Well, that's it for now, but I just wanted to share my excitement!  Quite a bit more to go, but I'm ok with that.  My projects are teaching me a lot!  ...Though I'll probably need a new fuzzy paint glove considering I've actually disintegrated the inner lining through use.
Posted by Eric Valosin at 2:13 AM