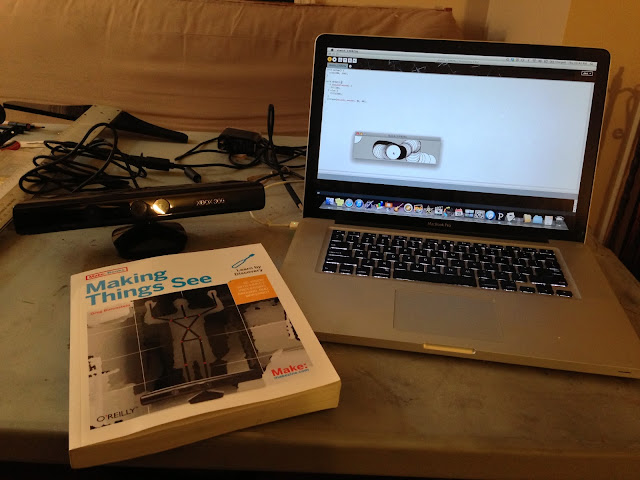 
Click here for the next post about this Project >>
Posted by Eric Valosin at 2:54 AM No comments:

This was the prayer of Meister Eckhart, the famous 14th-century mystic who grasped that God - if deserving of the title - must be inherently ungraspable, not a neat, tidy, wholly knowable entity. In my work I’ve taken up Eckhart’s yoke of apophatic mysticism, using paradox and negation as a way to reconfigure our sense of logic and break apart the boxes into which we often stuff the knowable world. I seek the sublime: an overpowering and unmooring experience that can unhinge viewers from their preconceptions and create spaces that foster a preparedness for true mystical encounters.

This project seems especially prescient in our pluralistic, deconstructed, postmodern era, which has pushed religion beyond traditional metaphysics. No longer are there clear distinctions between outer and inner, relative and absolute, object-ness and nothingness, secular and spiritual. Conventional cosmological hierarchies lose their foothold in reality, as even reality itself falters as an authority. Can we hope for some resurrection scene after it’s been curtains for Nietzsche’s God? Can we hear echoes of Eckhart in a world whose space is more often cyber than sacred? In the wake of this postmodern shaking of tradition, a new, fertile ground for mystical experience opens up; a relational metaphysics beyond postmodernism: what I've taken to calling a meta-postmodern mysticism.

I locate my practice at this far edge of postmodernism, seeking what’s beyond. I fortify myself with Eckhart’s prayer, rejecting the boxed and limited “God” that’s been concocted, and making a radical turn (or return) to the root of it all - to a direct, unlimited experience of the divine. John D. Caputo notes postmodernism’s potential to shred the dualisms that have boxed and rendered God virtually unviable since the enlightenment. He sees not the death of God but a key to resurrection, reclaiming our postmodern era as, in fact, “post-secular.”

Using light and projection with painting, drawing, and video, I explore the techno-sublime in this post-secular mystical space. I embrace technological mediation as a viable - if not necessary - vehicle for divine interaction. My optical installations merge the analogue with the digital to promote a sense of bodily awareness and interaction within a highly mediated space. Enmeshed with self-negating paradox, this amounts to an unhinging encounter with the technologically mediated sublime. My often geometric, pseudo-diagrammatic imagery works to develop the cosmology of this worldview. In my drawings I aim to create meditative imagery that requires an engagement with the digital, thrusting the viewer into the dematerialized, spiritual realm of cyberspace.

Much is at stake in the development of this meta-postmodern mysticism: the fate of western religion; the very framework within which we understand ourselves and our universe; and the ethics of how to exist in such a universe today. It is the goal of my practice to put viewers closely in touch with this reality, if by ridding them of it.

Posted by Eric Valosin at 5:43 PM No comments:

The Results are In!

Many of you who participated in my recent survey on the Role of Art in Worship have inquired about the results. So.... [drumroll]

They say that a 10% response to a survey is considered a solid attempt, and 15% an overwhelming success. Thanks to the wonders of Facebook, in just 4 days and 20 tags, I received 53 responses (a 265% response!) So thank you to all of you who participated!

The questions I asked were as follows:

RESULTS AND CONCLUSIONS I'VE SYNTHESIZED FROM THE RESPONSES:

LASTLY, many of you expressed an interest in talking further, which I would LOVE to do ... but it was an anonymous survey... so I don't know who you are or how to contact you unless you explicitly told me in your response! So please feel free to reach out and email me: eric@ericvalosin.com. I'm excited by your inspiring and challenging thoughts and questions and would love to continue the dialogue!