It's been quite a ride, ladies and gentlemen of cyberspace, but it's official: I have mastered the Fine Arts, according to Montclair State University! I'm still quite curious about the "privileges, rights, duties and immunities thereunto appertaining" that the president of the university mentioned upon conferment... What am I immune from? Can I be immune from sleep deprivation? Or maybe technological glitches? Hopefully it's something good. All that's left now is the thesis show (shameless plug) on June 6th at Magnan Metz Gallery. I think that counts under privileges. Or maybe duties...

But get ready for a proud, sappy, and nostalgic post. I think I've earned it.


I look back at my first post in November of 2011 and am reminded of just how radically I've grown as a result of this grueling program. From having absolutely no idea what I'm doing merging theology and art, resigning myself to the meagre and misguided goal of making "Christian art that doesn't make you want to throw up," (as my artist statement actually used to say) it's hard to believe that I've now published a book on the topic (...of christianity and art, not the topic of throwing up). Through many anxious days and nights, I've come to a thesis that has begun a relevant and successful investigation of spiritual experience through art, surprisingly aligned with the course set out in a very telling early post.

These last two years have been the most difficult years of my life, without question. A 60 credit program, a studio practice, 20 hours a week working at Trader Joe's, 13 hours of commuting each week, not to mention a family... at one point, out of curiosity I kept a record of hours worked, and on that occasion found that I had worked 108 hours that week. But I can't help but swell a bit when I think about the cool things I've done in those two years.

I've had the opportunity to cross of more than a couple bucket list items, thanks to this program.
Some highlights:

And outside of the MFA:

I owe an incomprehensible amount to Iain Kerr's tenacity and support in studio visit after studio visit of unloading his brilliance on me and never giving up belief that I could eventually make something of it for myself. And to Andrew Atkinson, the director, for his dedication to us and the program. The summer research class the two of them led was very much the turning point in my practice, teaching me what art really is.

I'd like to say the time flew by, but really it seems like a lifetime. Hard to remember time before MSU. But I have that program to thank for taking a kid who made art and turning him into an artist. I wouldn't give these last two years away for anything. ...Just please don't ever make me do them again!


Another Upcoming Show I'm in (it's getting to be a busy time of year!):

My cohort John Vigg and I will be representing MSU in this show of new MFA grads. I'll be showing my Cosmos on Gray series of erasure drawings.
Check out the press release for more info!

Also... Don't forget This Show Means Right Now, MSU's MFA thesis show, will be earlier later that week in Chelsea! Here's the scoop, to save some digging!

Hope to see you there!
-Eric

Posted by Eric Valosin at 11:00 PM No comments:

Unknowing the Unknowable: Visual Apophasis and the Techno-Sublime

EDIT: With the release of a second edition, this page is now defunct.
Please visit its new home at:
http://valosinprojects.com/unknowing-the-unknowable

Unknowing the Unknowable:
Visual Apophasis and the Techno-Sublime 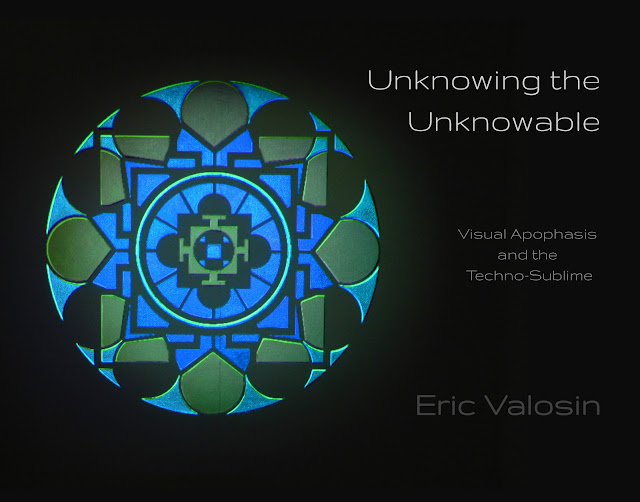 PREVIEW THE BOOK HERE
Now available for purchase below!

Click above to complete your purchase at the Lulu Marketplace.

Digital Version
(Interactive PDF)
$9.99
Click above to complete your purchase via Paypal

Note: Upon completion of payment, the artist will be notified and you will receive your PDF version via Email.
Think of it as being hand delivered: In most cases you will receive the file within 24 hours but please allow 4 days before  you start to worry. If you still have not received an email by that time, please email eric@ericvalosin.com.

A monograph of the work of artist Eric Valosin. Using light and projection with painting, drawing, and new media, his work carves out a new territory for mystical experience in a contemporary context. Can we hope for a resurrection scene after its been curtains for Nietzsche's God? Can we hear echoes of Eckhart in a world whose space is more often cyber than sacred? This book dives into the world opened by Valosin's art, featuring images, writing, and interviews that explore the terrain of this new paradigm.

Like the artist's work itself, the book merges the digital and analogue worlds, expanding outward into cyberspace via QR codes. A digital version (interactive PDF) is also available. 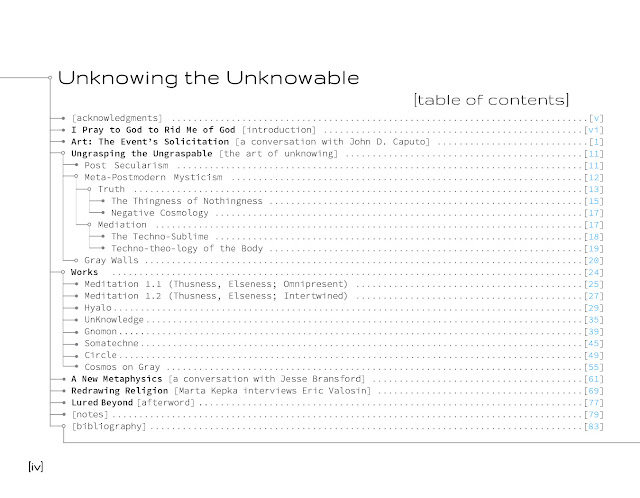 Posted by Eric Valosin at 2:22 AM No comments:

Circles and the Cosmos

A few notes of housekeeping:

1) I've been maintaining my ritualized practice of Circle making, using my custom cyclical rear-projection table. Here's a link to a directory of all the circle drawings that emerge from this practice, which I'll be updating periodically. My goal of making a circle each week has been put on hold for a bit while I order more supplies and sort out this whole graduation/moving studios thing...

2) On that note, I'M GRADUATING AND MOVING STUDIOS! Look for another very sappy and retrospective post on that soon, but tomorrow I will be officially receiving my diploma from Montclair State University for completing a Master of Fine Arts.

3) In light of that, coming up in a few weeks will be the openings of a show at the Arts Guild NJ in Rahway featuring some of NJ's new MFA grads called Fresh Meat/Young Blood (June 2, 1-4pm), as well as my THESIS SHOW entitled This Show Means Right Now, in Chelsea at Magnan Metz (June 6, 6-8pm)

4) Finally, my brand new artist monograph, a 91 page self-published book will very soon be available in both print and digital versions! more details coming soon (does anyone else smell a bunch of posts coming?)


And now down to business:

It's past due that I post about a series of drawings I've started on 18% Gray Cards. Gray Cards are the tools used by photographers to literally balance the digital and analogue worlds, so I thought it would be a fitting support for cosmological drawings that hang in the balance between those worlds. The first in the series deconstruct the cosmological forms in traditional mandalas, which have floated throughout a lot of my work lately, using only erasure as a markmaking tool: 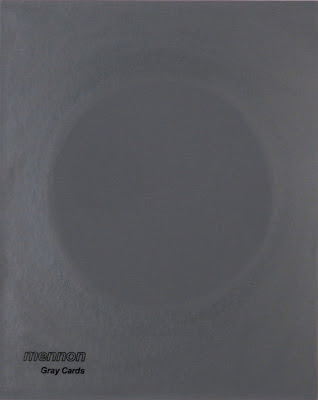 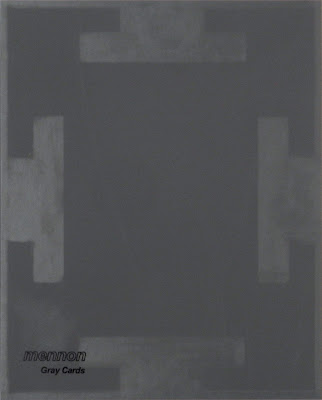 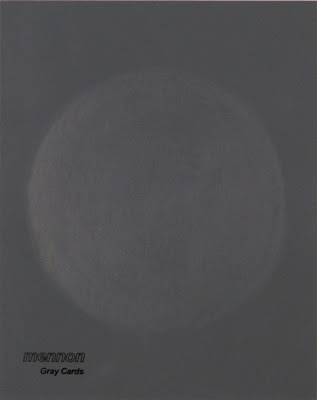 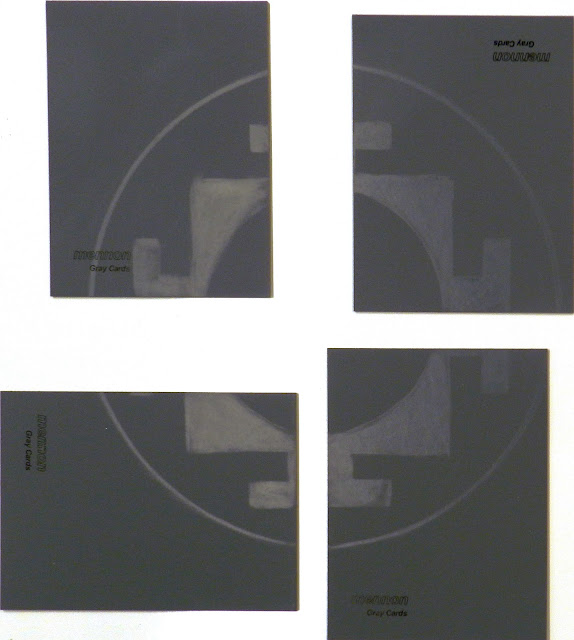 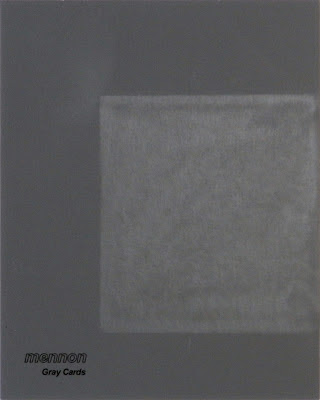 The second group within this series has been giving me more difficulty. My professor, Nancy Goldring, suggested to me waiting to see what I see in the gray card before starting. I did, and what I immediately saw were the flaws and imperfections of the card. I thought that was perfect for a relational theology of grace, so I started with that and began concentrically outlining each imperfection. Where they intersected inevitably created new negative spaces, which I then filled in. I then connected each of the centers of these new spaces with each other, to create a sort of sacred geometry - a naturally occurring, somewhat implausible form that arose from the negative space that lies at the intersections of imperfection. A sort of relational systems theory of grace. 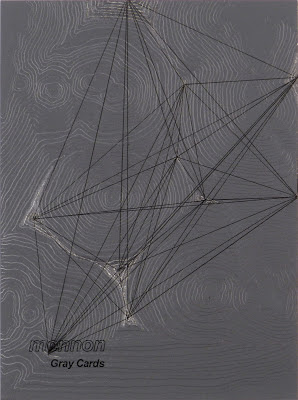 It seemed a bit far afield from from the visual vocabulary of nothingness I've been developing in my other works however, so I gave a second try, this time replacing the graphite concentric outlines with impressions made with a dead ballpoint pen, filling in the negative spaces with erasure rather than graphite, and then adding the geometric lines with graphite rather than the bolder pen. 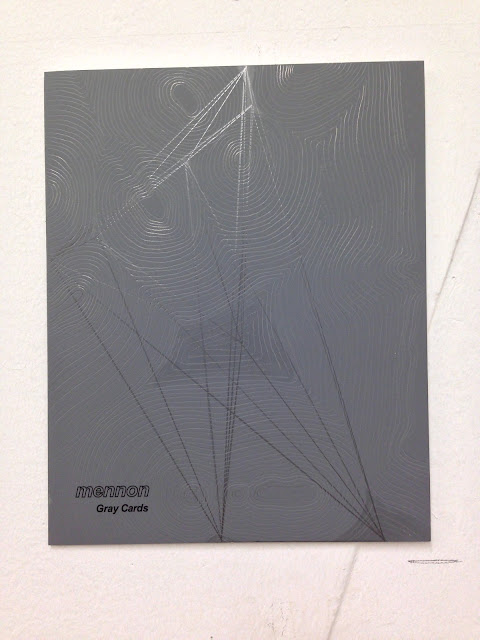 It still ended up a bit more "bushwick geometric abstraction 101" that I would have liked, to quote another professor, who proposed that the erased negative space might be enough of a geometry on its own, and that maybe the flaws would even triangulate themselves from that without the concentric lines. So I tried moving the whole process to a layer of tracing paper, leaving only the erased forms: 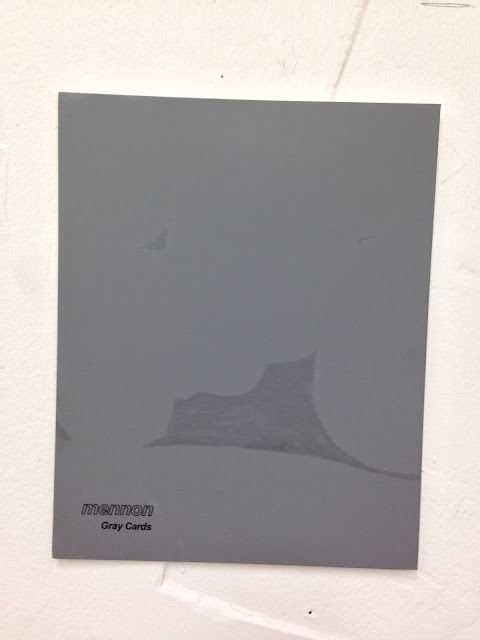 Interesting, but I don't think the imperfections actually show up at all and it ends up being maybe too arcane seeming. So I went back to the complete process, but stopping at the erasure: 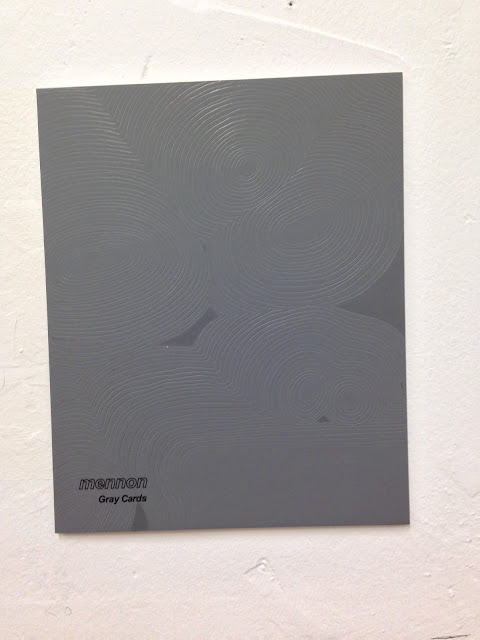 I'm not sure what I think, but that's where I've left off... Any suggestions, internet world?

Here they all are as I presented them for my final exam, along with Gnomon in my studio: 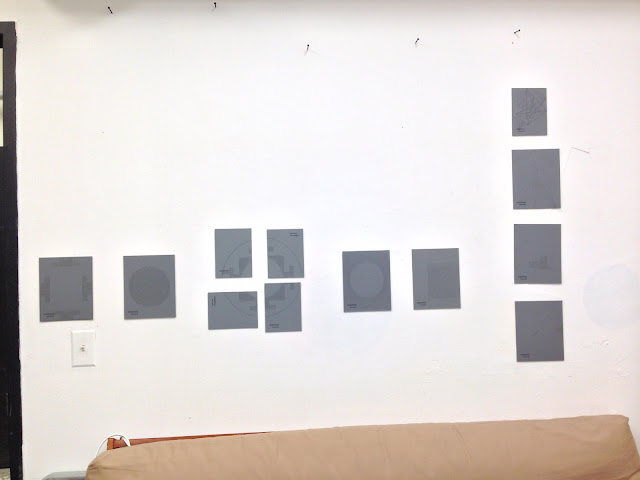 Much more to come soon!

Posted by Eric Valosin at 2:08 PM No comments: 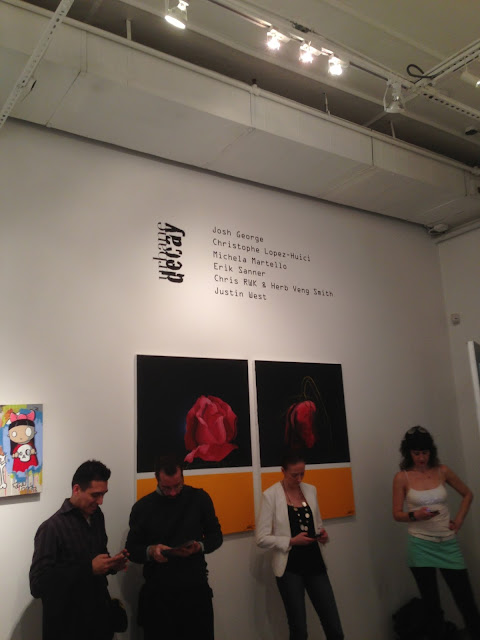 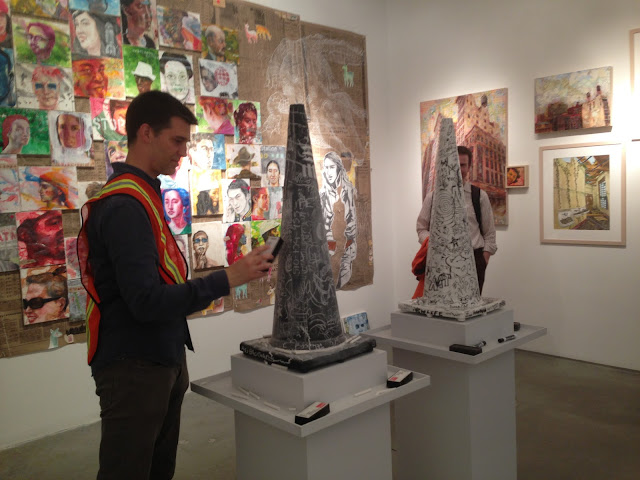 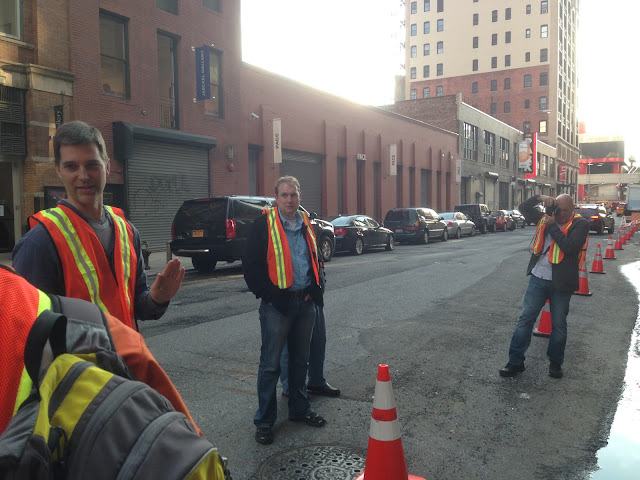 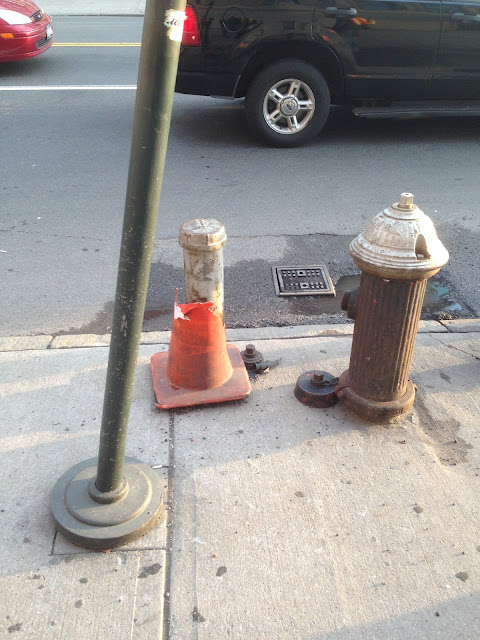 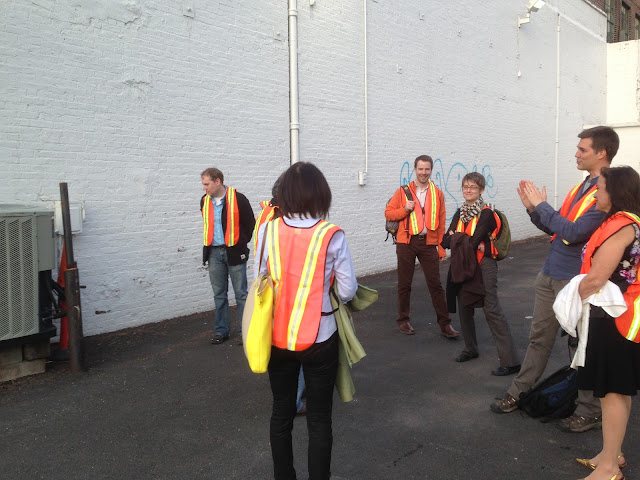 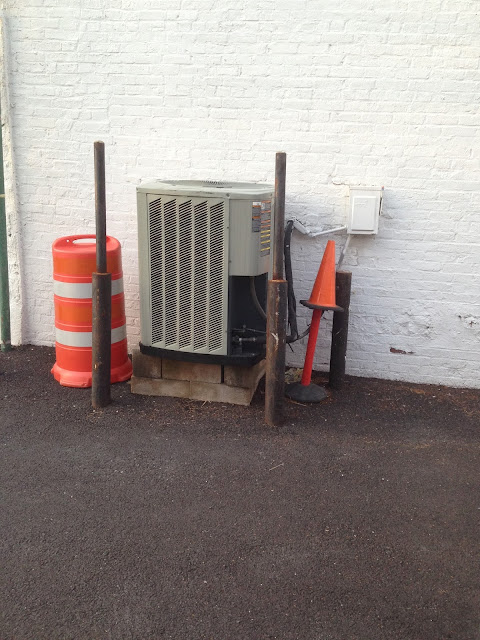 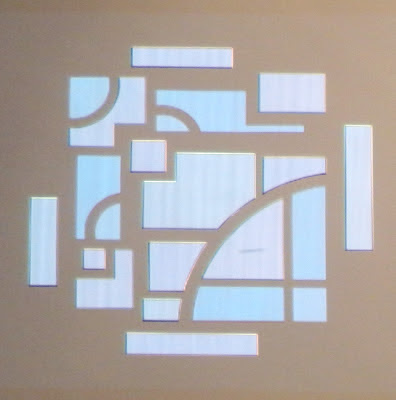 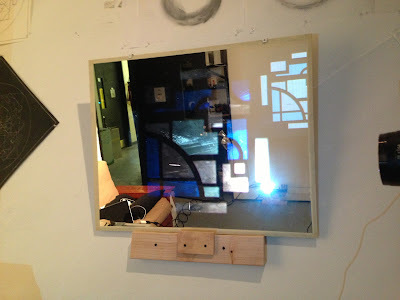 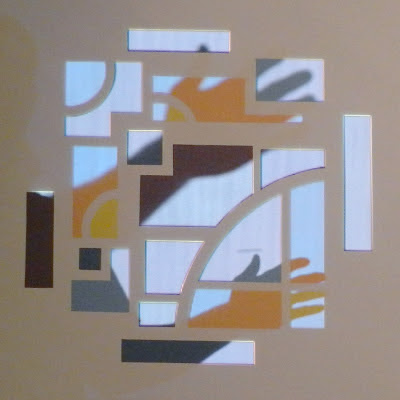 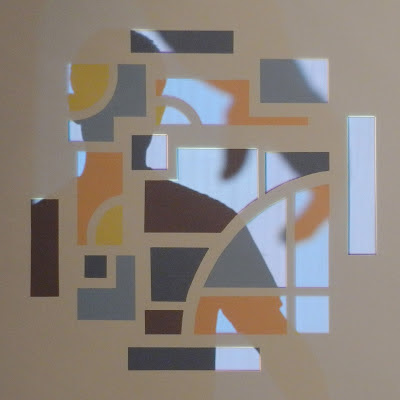 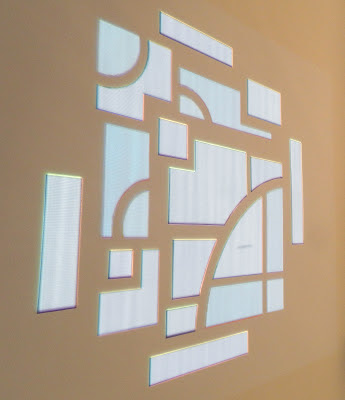 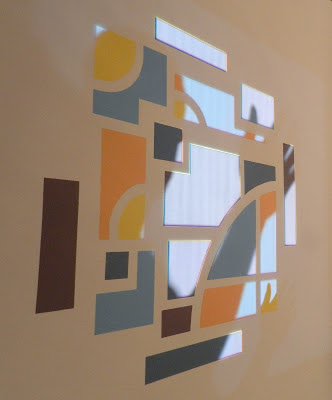 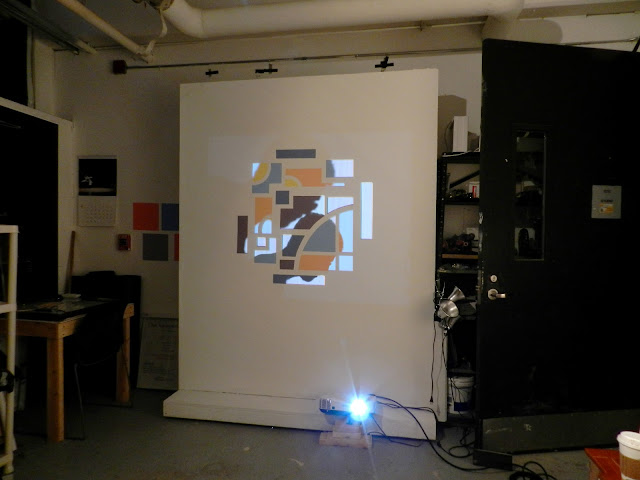 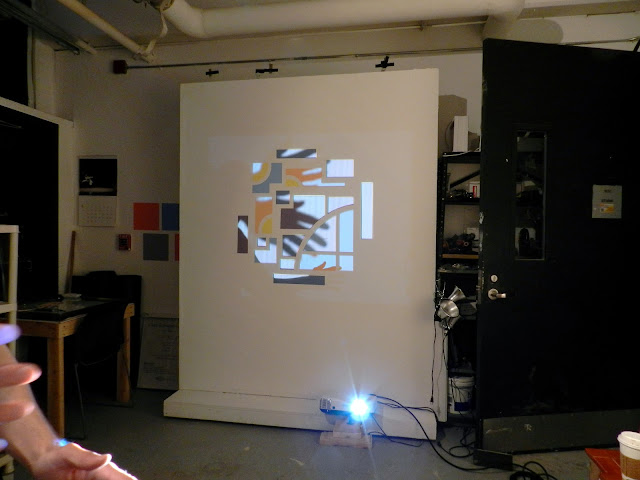 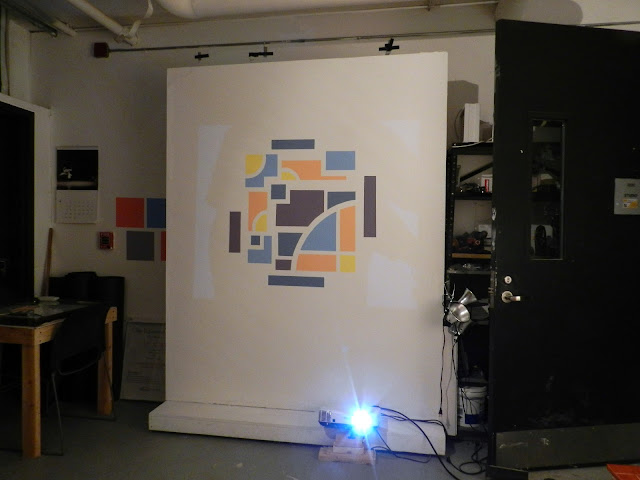 Posted by Eric Valosin at 4:31 AM No comments: