Stuff to Look Forward To

In the last week or so, quite a few opportunities have come down the pike, giving us (us being you, my hypothetical fanbase, not the royal 'us') much to look forward to in the near future!

Firstly, I'll be collaborating on a project for the Van Vleck Sculpture Gardens in Montclair, with three of my classmates.  The project will seek to engage and illuminate the garden, and will be the first in a hopefully long lineage of projects to establish a relationship between the garden and MSU.  We've been given a large plot of land adjacent to 2 sculptures by Mac Adams.  Some ideas we've been tossing around include a kinetic component that reacts to the weather, giving the sculpture one function in the sun and another in the rain, potentially as a sort of shelter from which to view the garden in a condition not normally experienced by viewers (who goes to gardens in the rain otherwise?).  For this we may include some optics that would direct the viewer to some locations of visual intrigue around the garden via mirrors and camera obscura-like technology.  Anyway, more development sure to come, but that will open sometime early November, hopefully.

Next, I'll be guest-preaching at the end of this month for Trinity United Church's series on reexamining scripture through art.  I'll do what I can to record that sermon and post it here then, perhaps.

Furthermore, I was approached by a curator who came to our recent show at Index for a studio visit to potentially be included in a show in January.  I'll also have my semesterly gallery show at the school in November.

I'm also applying for a few other shows and have some potential opportunities (Including a works on paper show in Europe). I'm drafting a proposal to teach a class/workshop at a collective art space, and having open studios at the school in the next month or so.

As if that weren't enough, I also auditioned (for the heck of it) and was accepted into a barbershop consortium to sing at Carnegie Hall this winter, just for something different!

As I gear up for all of this I'm hard at work in the studio, experimenting with projection-based practices of negation (turning part of my studio into a sort of optics lab), and beginning a series of QR code mandalas that I'm very excited about!

Of course, I'll go into each of these in more depth as they get fleshed out, so look forward to many more announcements and openings!
Posted by Eric Valosin at 11:41 PM No comments:

The PROBLEM. (and a link to some solutions)

In my research this summer I laid the groundwork for an expansive and promising new practice.  I explored the grounds of mysticism and the way it reacts when thrust into the midst of postmodernity, coming away with with a "post-secular" "techno-sublime" (to borrow terms from John D. Caputo and Hal Foster).  I successfully drew connections between Meister Eckhart, Zen Buddhism, and Heidegger (among others) in an effort to overcome Nietzsche.  I cleared the way for the mystically postmodern to be seen in art throughout the 20th and 21st centuries.  I uncovered out the topics to be considered: Unity, Ineffability, and Interiority; the tools with which to do so: Apophasis, Contemplation, and Detachment; the bridges from mysticism to the postmodern: Technology and the "Impossible;" and the artistic outcomes: Alchemy, Silence, and Environment.  (For more particulars, follow the link below.)

But in a conversation with the director of the MFA program over Caputo's "The Mystic Element in Heidegger's Thought," he warned that Heidegger's philosophy falls short of the historical grounding that Foucault would become famous for, his notion of "Being" teetering dangerously on the edge of an eternal, metaphysical "other" that backslides into metaphysics.  I fervently rebutted that I thought Heidegger's principal of "ground" actually paves the way for historicity (as specified later by Foucault), and that he does not at all fall into the ahistorical chasm of metaphysics.  I followed up with the following quote:


"We should at once point out that for Heidegger Being refers to the epochal coming to pass of the event of truth, the successive clearings opened in the various historical ages. And obviously Eckhart's 'ground of the soul' has nothing to do with this.  Indeed Eckhart's ground is absolutely timeless and eternal. It does not provide a clearing in which history comes to pass, but one in which the ahistorical root of man's life is recovered." (Caputo, mystical element in heideggers thought, 161)

My director's response was, "Yup, there's you're problem alright.  So here's your question: How to use that to make some concrete and grounded work."

I thought of course that I was proving the case for Heidegger.  What I inadvertently did however, was blow the door wide open for a major disconnect.  This problem of eternity and God's otherness in light of Heidegger and Foucault's historicity, in which there is nothing outside of time or history.

The problem, restated, is this: Postmodernism would say that "God" is only known by His actions within history, by people who are bound to history, and that you cannot address a thing outside of its contextual framework as if you could step outside of time and your own worldview to some objective unbiased vantage point.  Yet that is precisely the vantage point of God as claimed by the mystics: wholly detached and unbound by time - a position to aspire to as a mystic seeking detached unity with God.

So now I need to really investigate what to do with the necessary, eternal otherness of mysticism that places God both inside and outside the walls of reality, when the framework set up by postmodernism has no such walls to speak of at all.  My mind immediately goes back to Heidegger's exegesis of Plato's cave, saying that the ideal forms themselves are merely a sort of world in itself, in the same way as - and in strife with - the world of shadows inside the cave.  But could it be so easy as to analogize that to God?  Surely there's more...

So I've got some thinking to do.  Not that I expect to have this all worked out, but I mainly need to find just what my director proposed: a way to use this to make some concrete and grounded work.

If you'd like to look at my findings from this summer in more depth (and hopefully a bit more clearly explicated as it won't have been written stream-of-consciousness at 1:30 am like this blog post... well at least not all of it), I'm posting a link to a pdf of my paper, entitled Techno Sublime: The Art of Postmodern-Mysticism.  Until I find a better solution, it will link temporarily to my public Dropbox folder.  I hope you enjoy it!


Posted by Eric Valosin at 1:35 AM No comments: 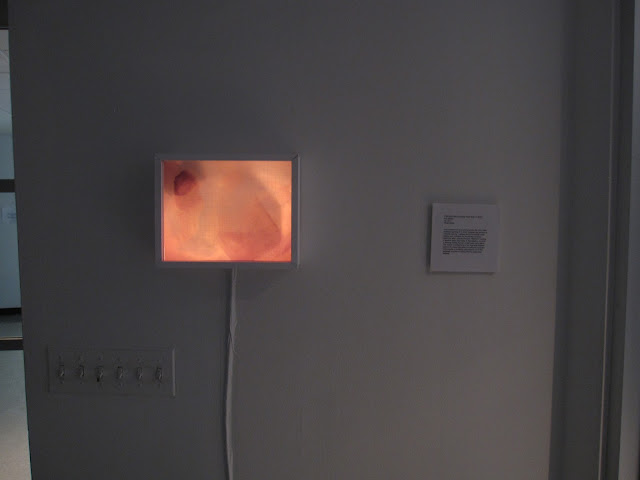 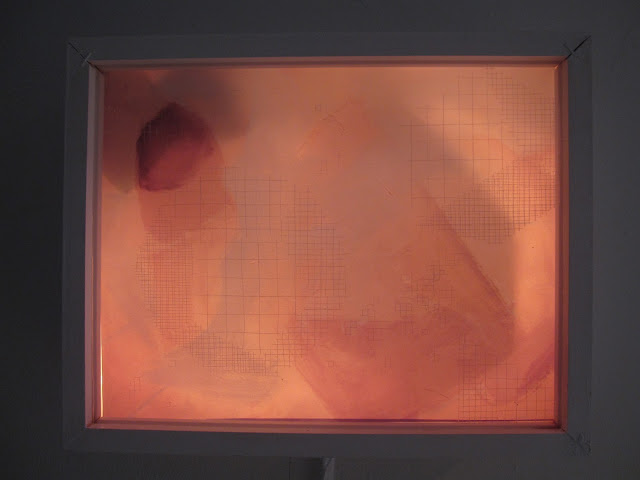 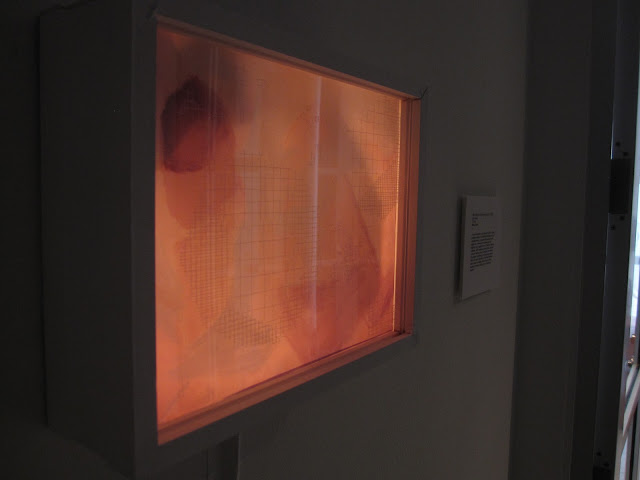 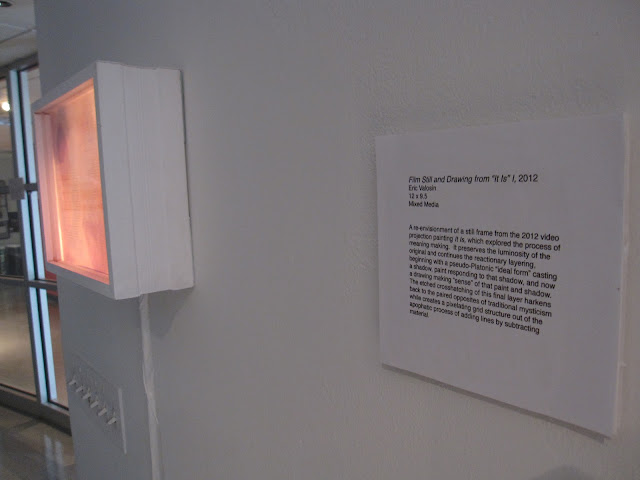 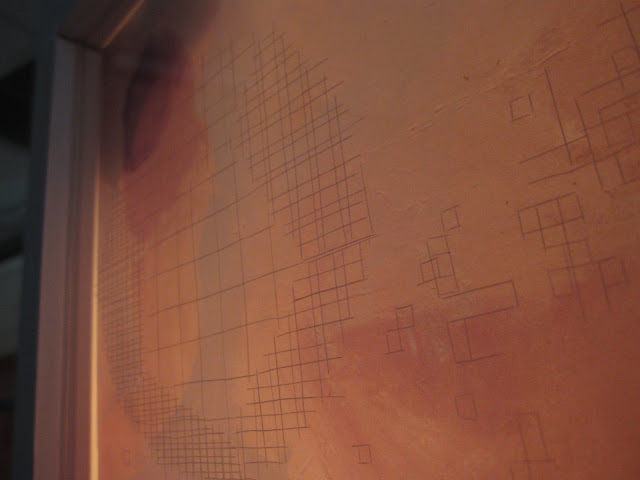 Thus begins my exploration of the techno-sublime, and the second year of this MFA program!
Posted by Eric Valosin at 11:58 PM 1 comment:

Over the past few weeks I've been working on some pen drawings of old-school Westfield NJ for Trader Joe's, as you saw in my previous post.  I've finished the series of 4 larger drawings (16x20 framed) for the hallway after the bathrooms, and am 4 into the series of 6 smaller ones (6.5 in square) for inside the two bathrooms, so I thought I'd share! 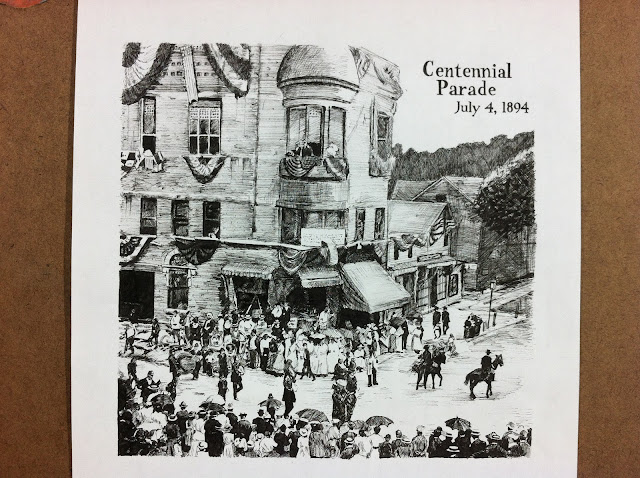 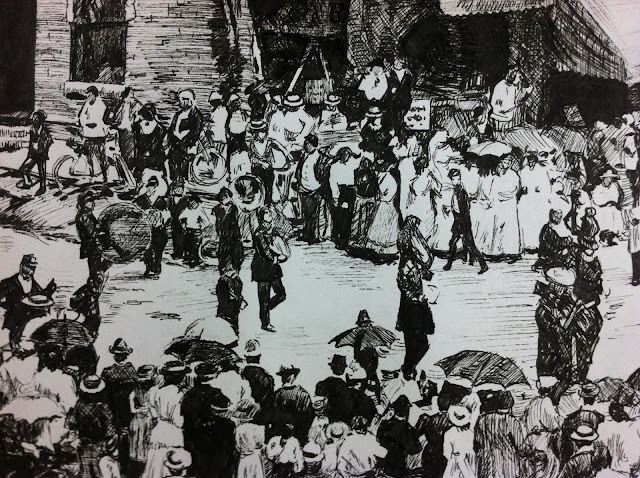 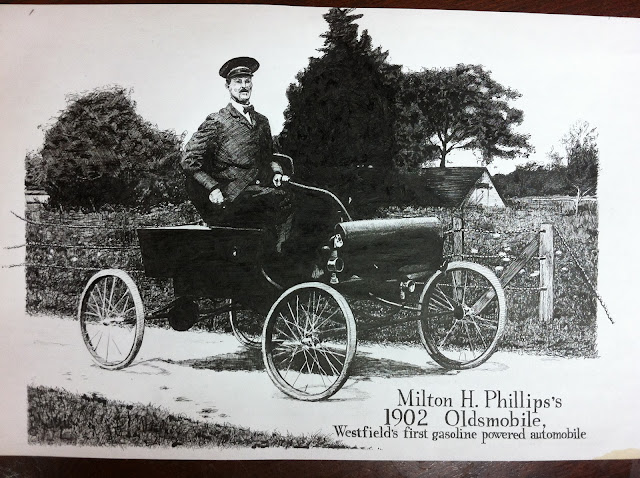 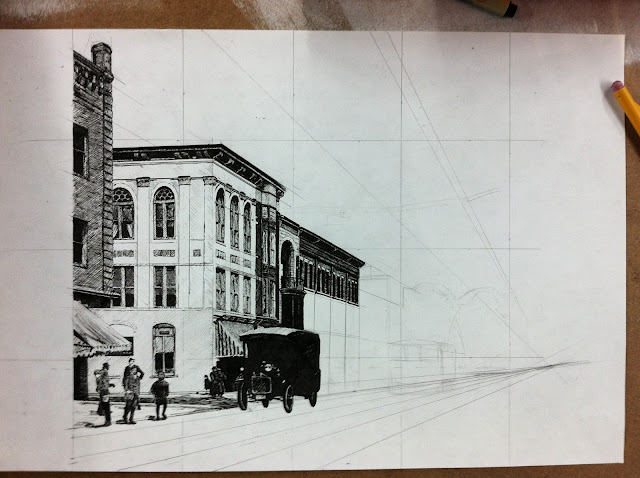 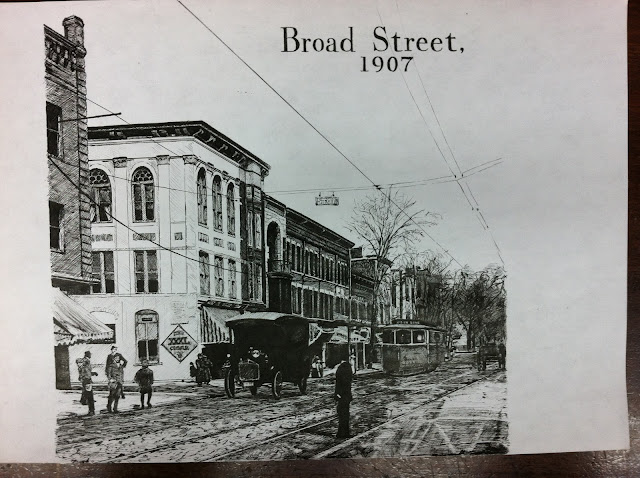 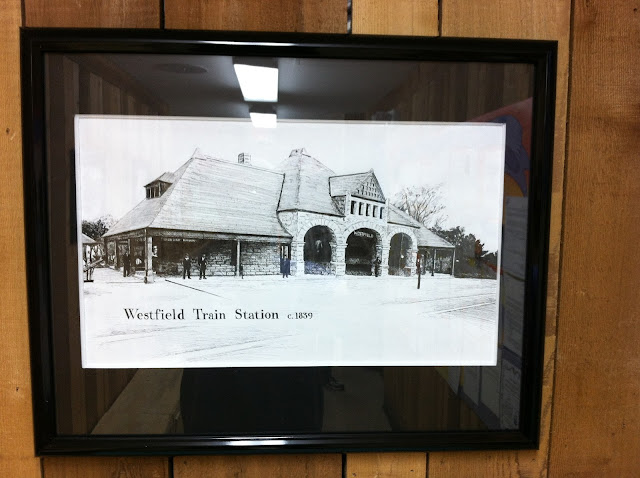 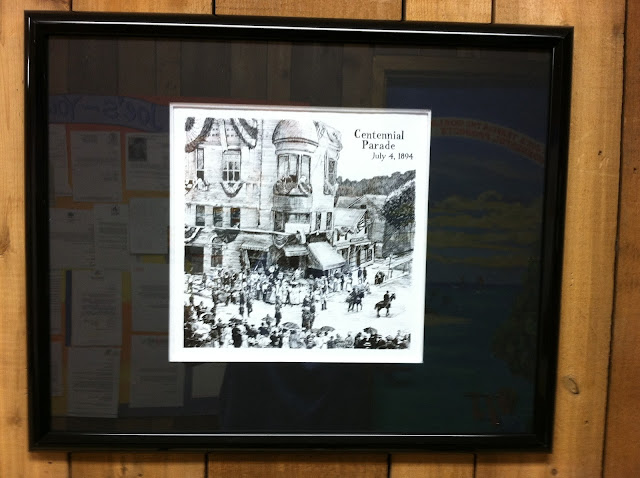 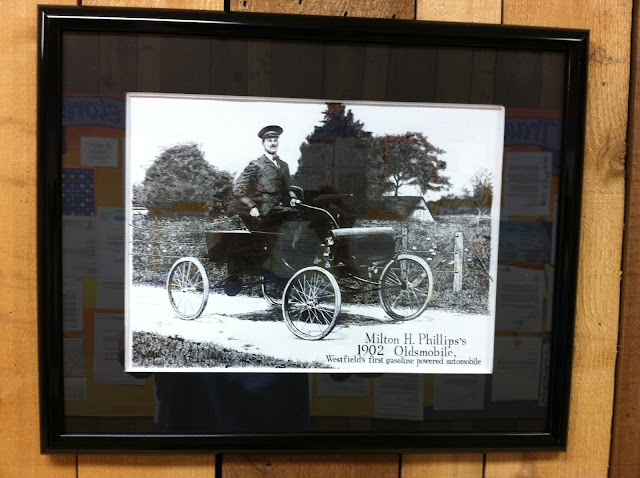 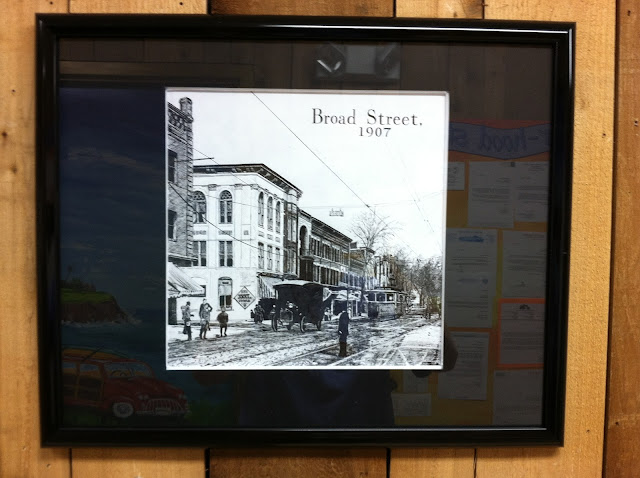 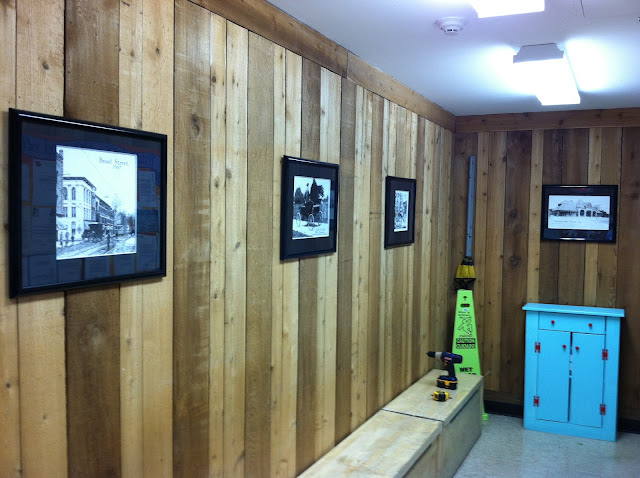 And here are the smaller ones, eventually 3 for each bathroom... 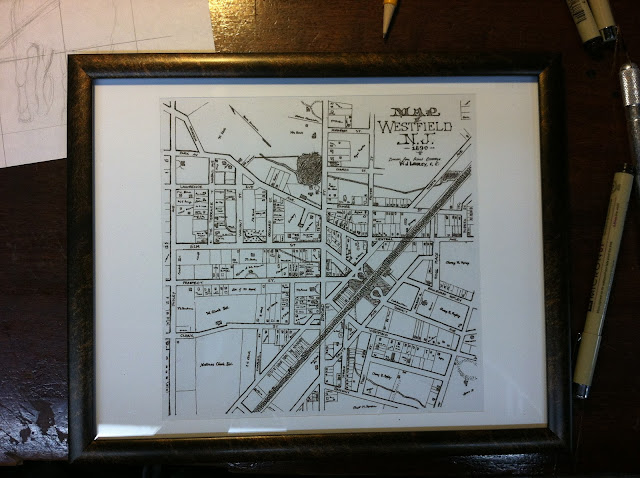 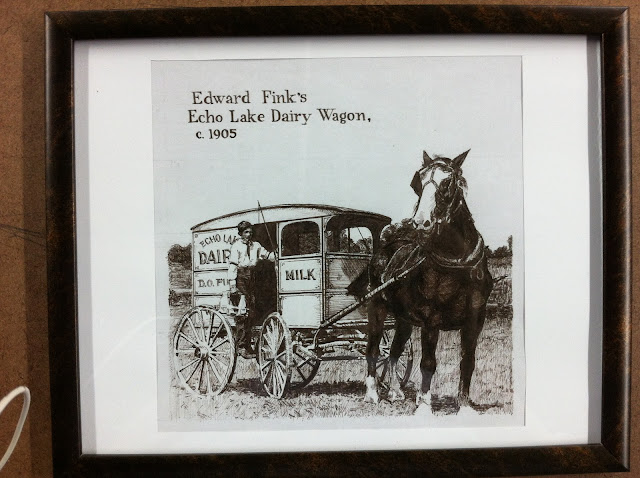 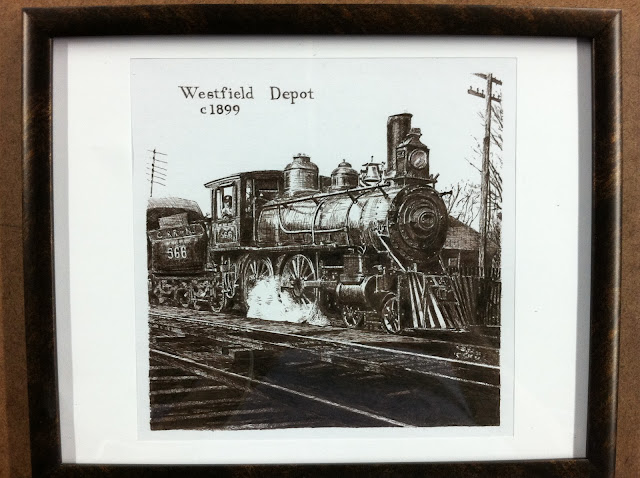 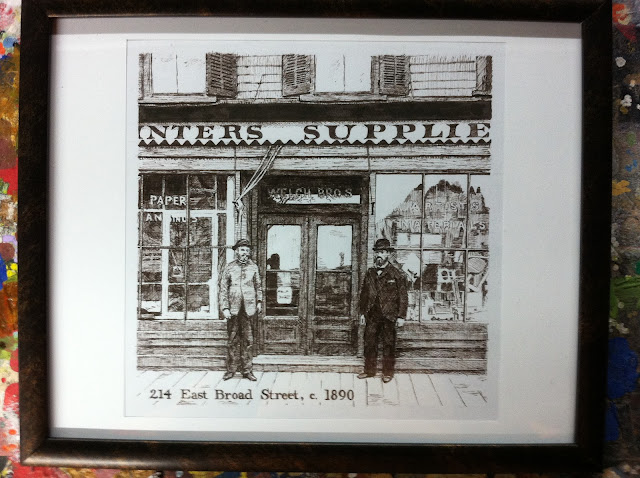 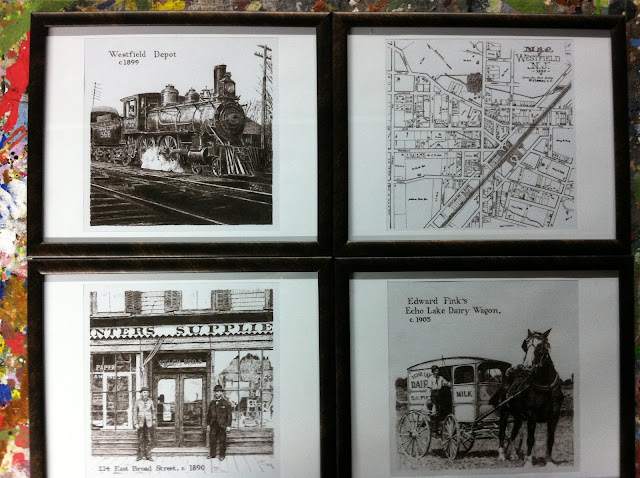 I really enjoy doing these actually, and I think if I didn't feel compelled to any conceptual matter I'd probably be doing something like this more often.
Posted by Eric Valosin at 10:31 PM No comments:

Here are some pics from installing my piece at Index this week.  I'm excited for a good show (and cooperative projectors/dvd players!) 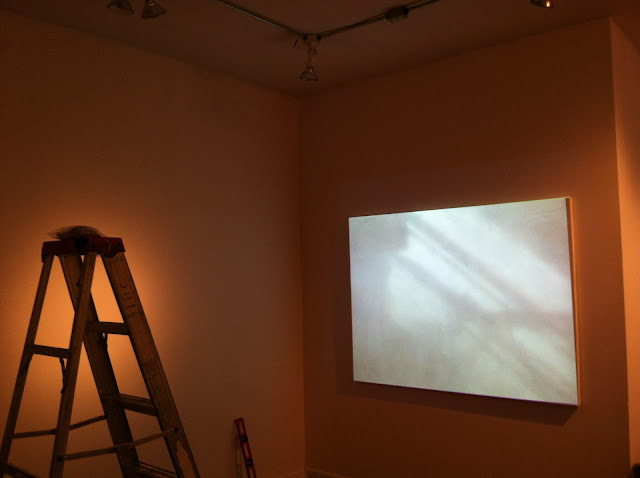 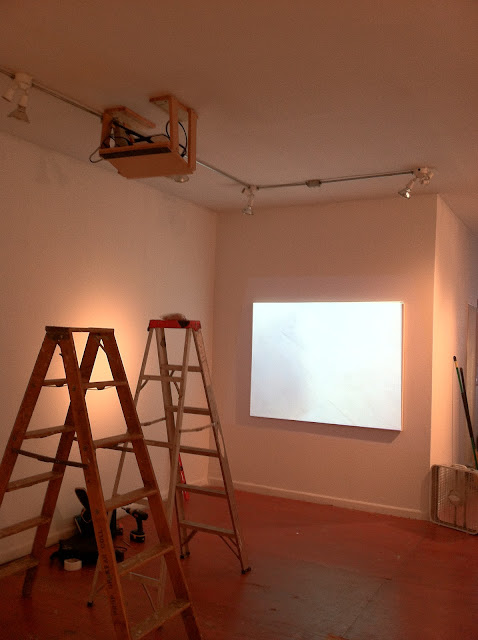 Posted by Eric Valosin at 12:43 AM No comments:

"SCALED TO THE INFINITE" at Index Art Center!


Hear ye, hear ye!
My fellow MFAs and I are having a show at the Index Art Center! 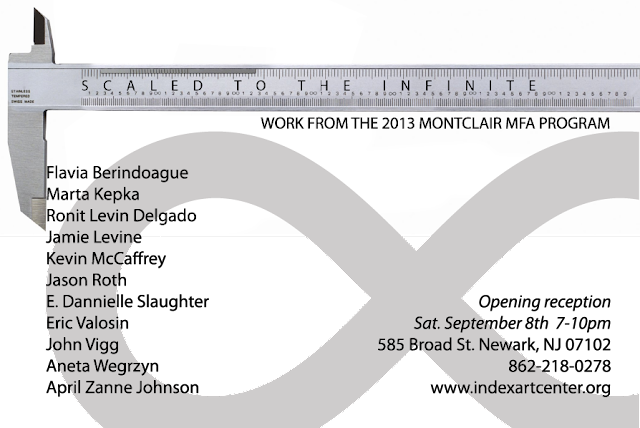 Hope to see you there!
Posted by Eric Valosin at 11:30 PM No comments: