A Look Back Above, Below, and at all the Nothing in Between.

Last month, I completed a commissioned new media installation for Trinity United Church in NJ entitled As Above, So Below. So, below are some installation shots!

(I know I have some more shots and videos somewhere that I'll try to edit in at some later point when I get them organized.) [Edit: done and done!] The project integrates viewers in real time into the projected imagery and randomly recomposes itself every 50 minutes. Click the link above to dive down a rabbit hole full of more information on the project's genesis (Biblical pun intended). 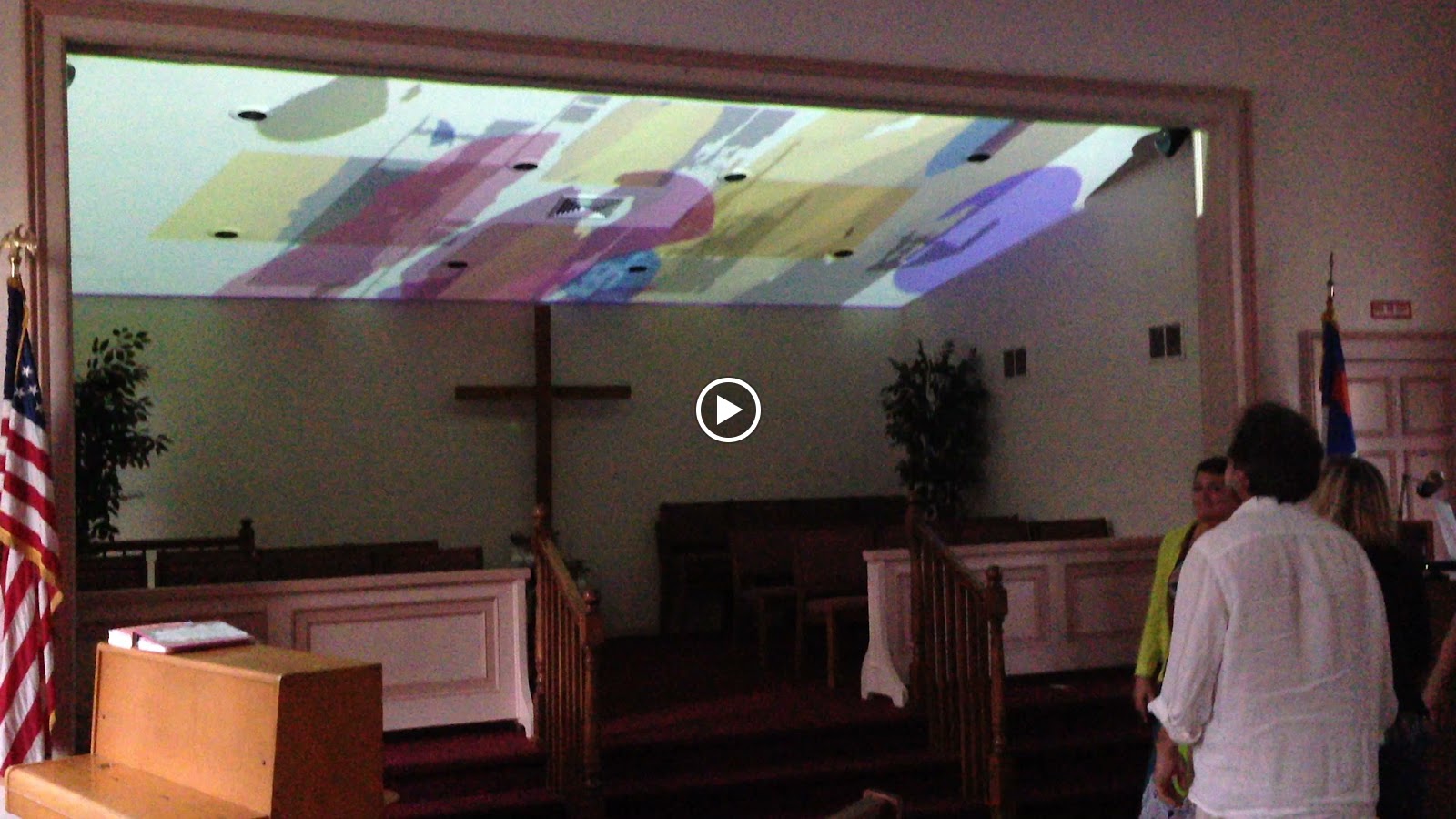 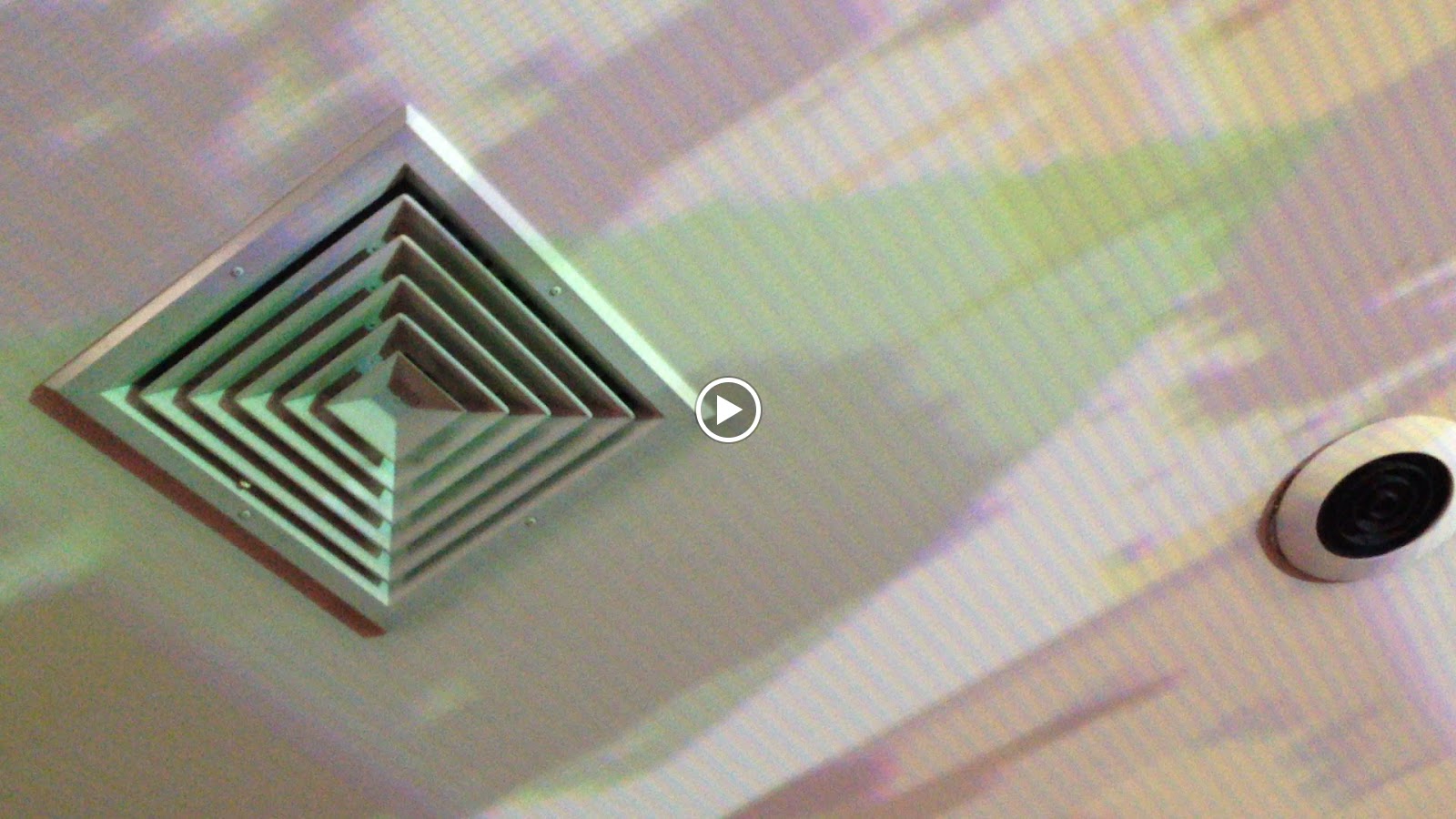 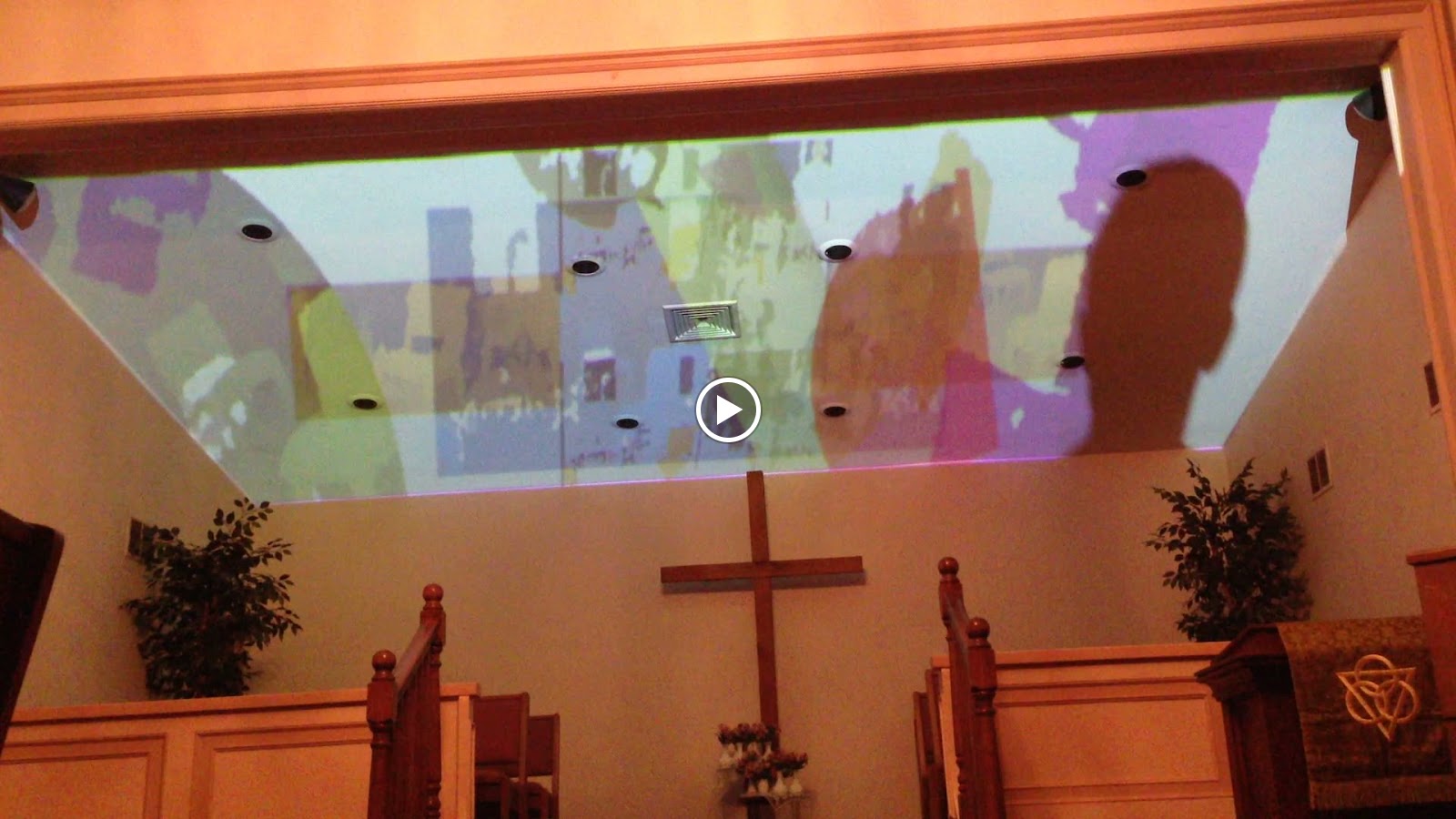 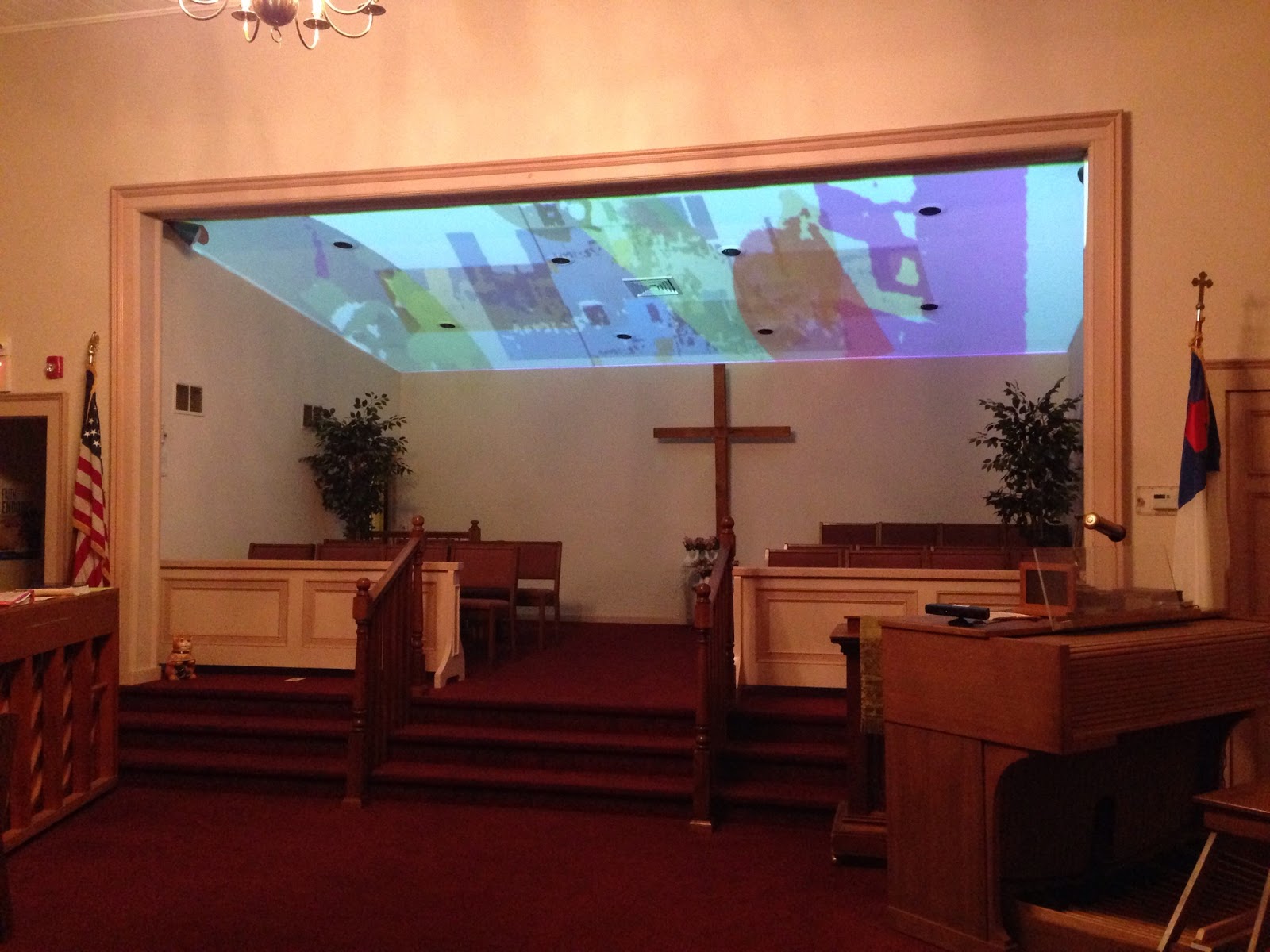 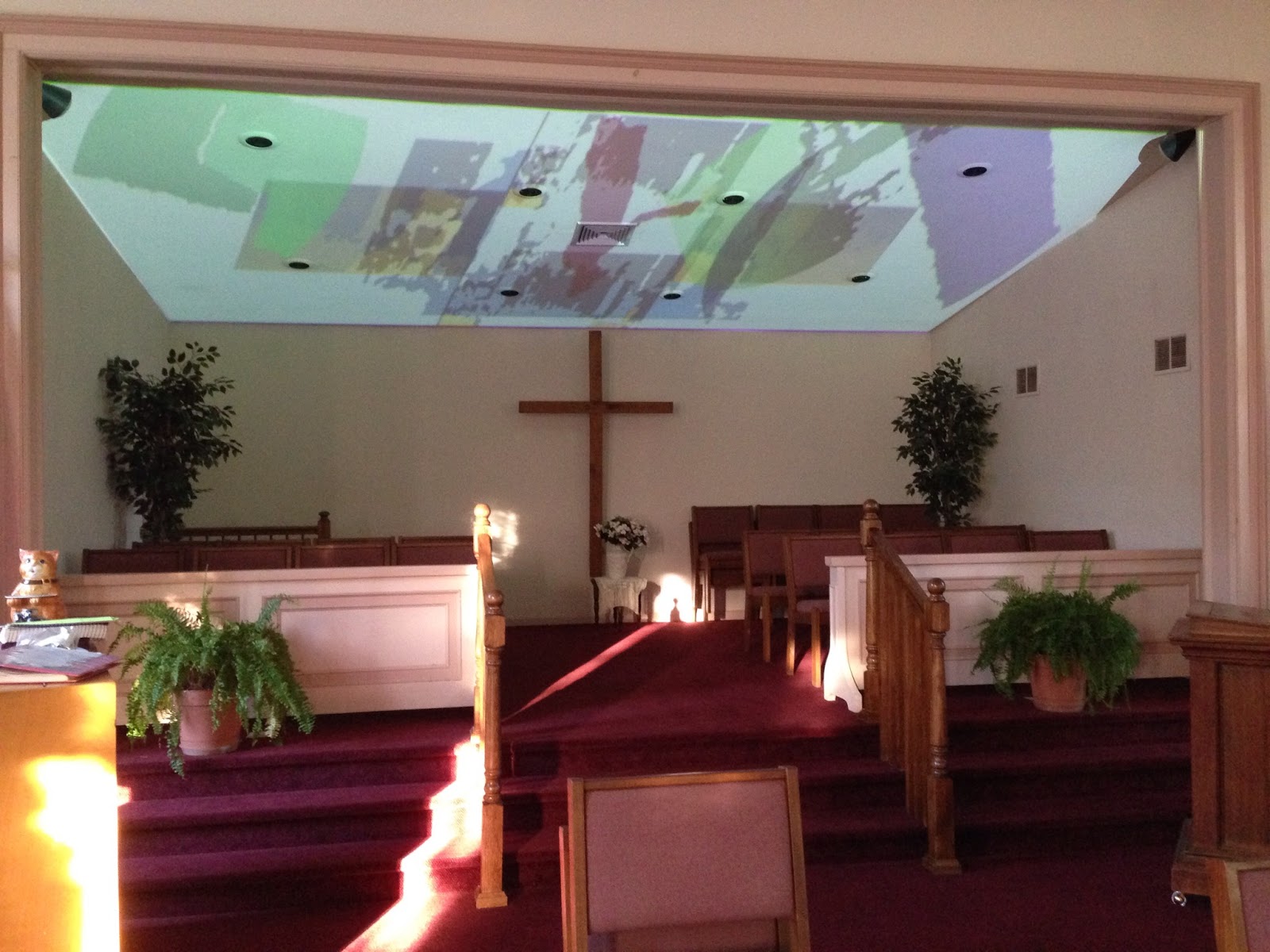 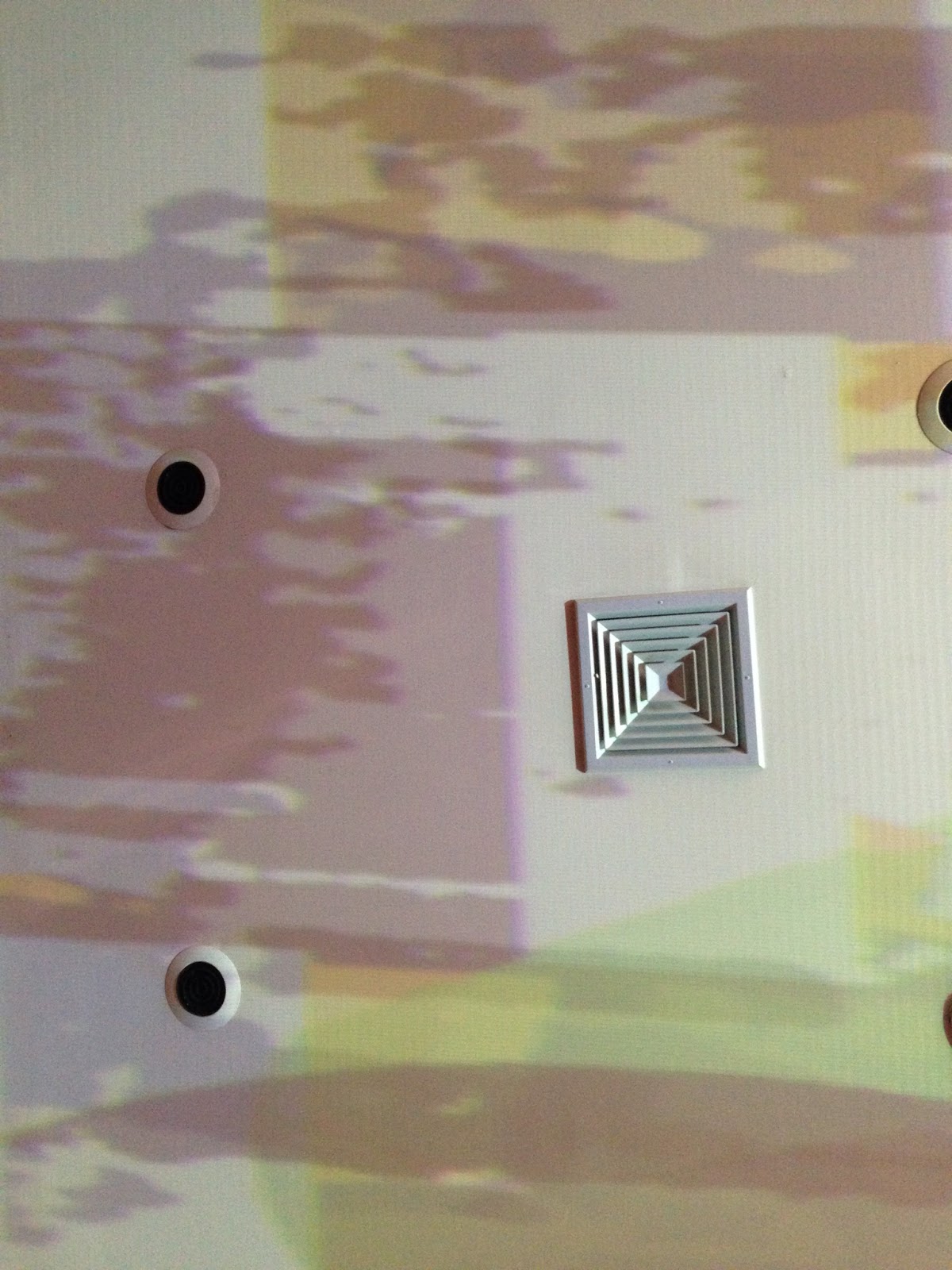 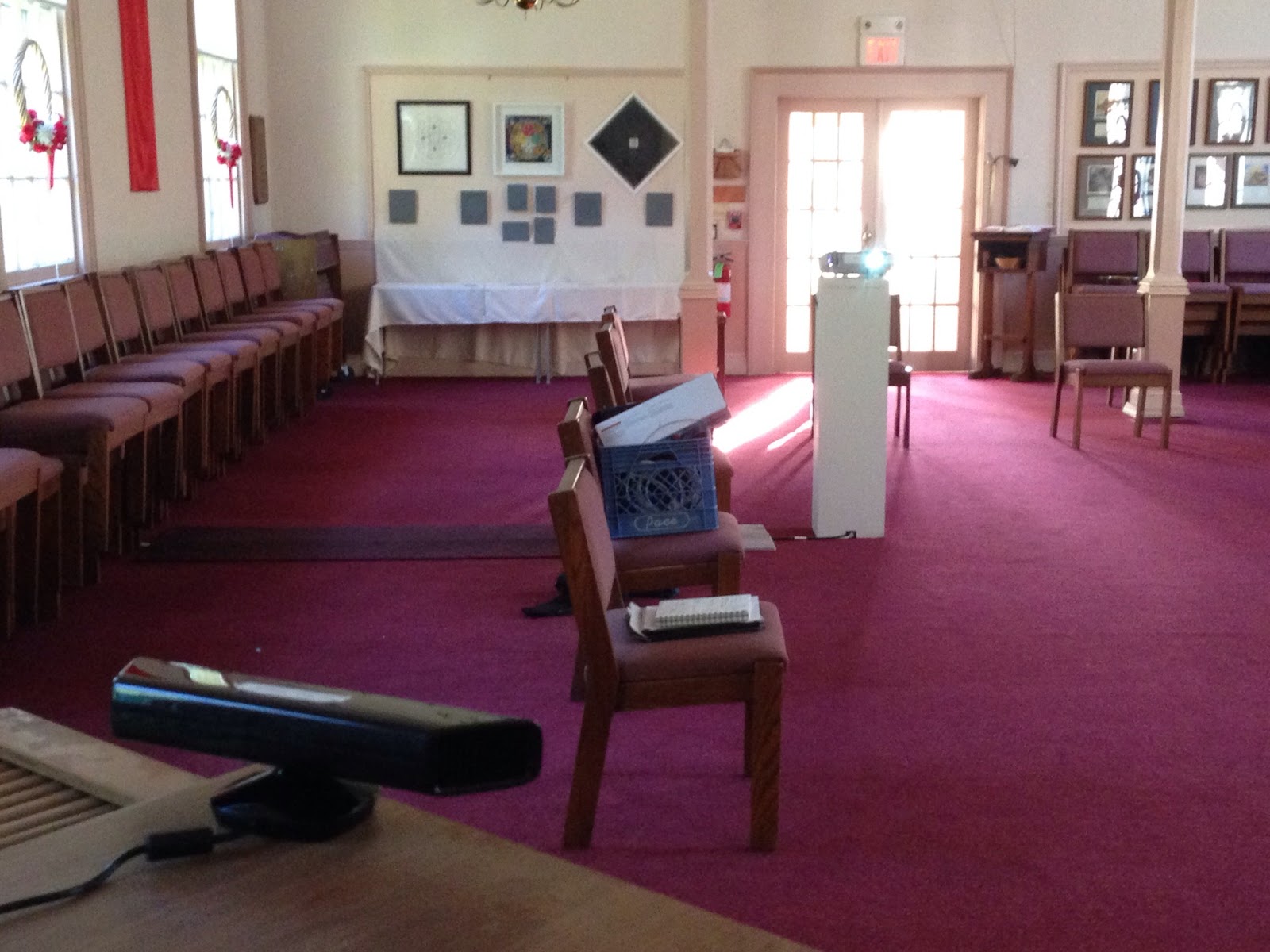 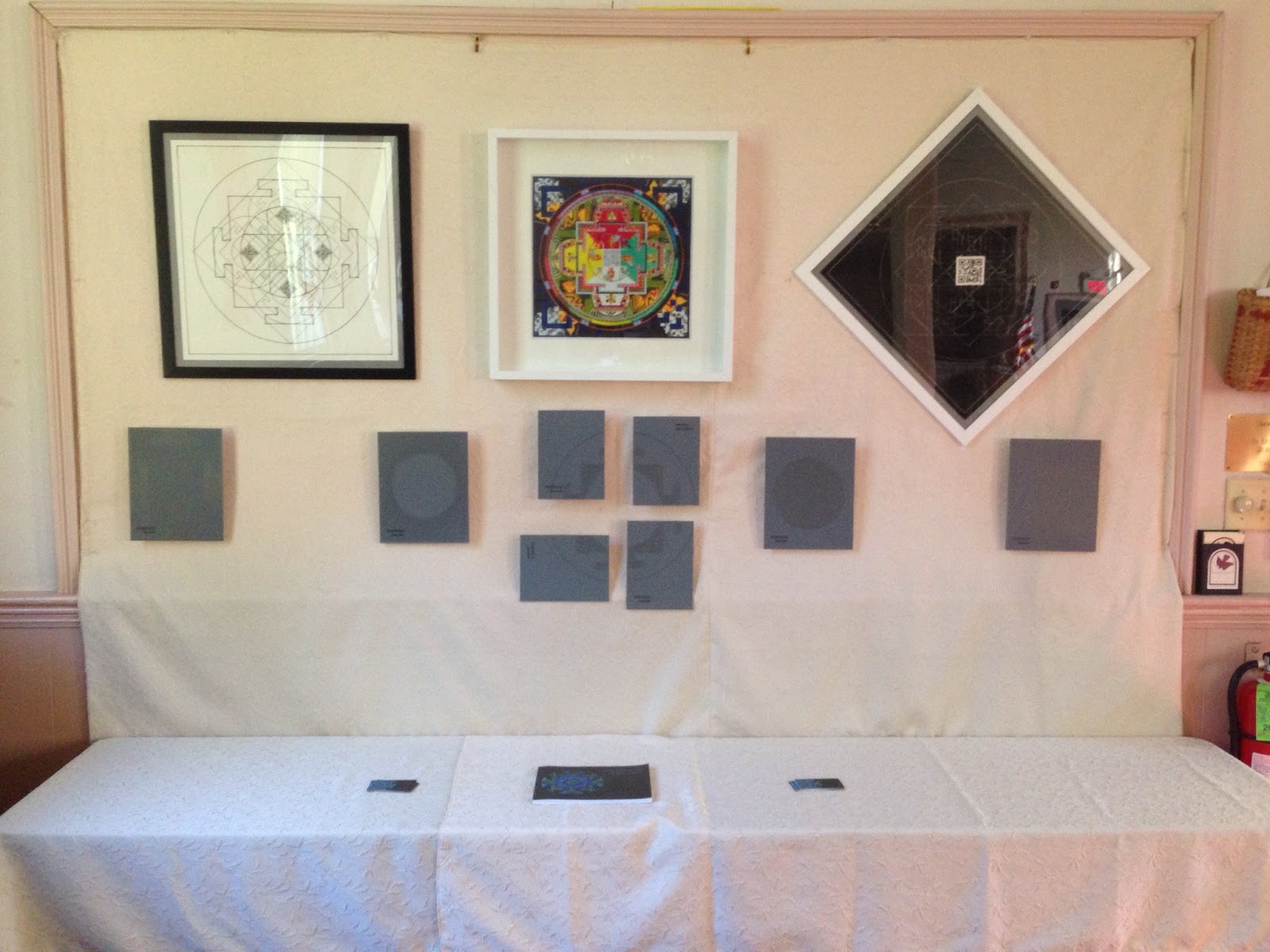 I had the great honor of not only exhibiting and holding an artist talk (in which I spoke about my search for a contemporary mysticism and how I'm specifically dealing with the Art/Faith intersection in my work), but I also hosted a Forum on Contemporary Issues of Art and Faith and a Contemplative Service centered around my work.

I was blown away by the amazing responses and depth of thought by of those who came to the Art and Faith talk. We discussed the historical rift between the church and the art world, and strategized about how we might as a church body begin to mend that rift by reacquainting ourselves with the true power of fine art. By understanding art not only as an aesthetic experience, but as an entire worldview made thoughtfully manifest, and by relearning how to read and engage with the language of art, we might be able to tap into it's power to broach difficult subjects and become a relational tool for connecting people to a spiritual force and to each other. Moreover, by church leaders and laity learning to see the world as an artist does - experimentally, self-critically, aware of their mediums, in constant growth and adaptation, seeking after their biggest questions - together we might learn to transform the world with the sublime power of deep Beauty (Chamad), doing the societal work of salvation (Sozo) as my friend theologian Russ Wills brilliantly figures it. We had great conversations about the nuances of functioning relationally in a hyper-connected, polymorphous, post-secular world, propelled by a proper embrace of art. If you want the detailed version, you'll have to come to my seminar at Drew in November!

I was blown even further away by the profound effect of the contemplative service later that week. I prepped the room with stations consisting of a piece of artwork, a chair, and a votive candle (and my interactive installation) and I invited congregants to follow meditation prompts - or not - and attempt to let what they experienced in the artwork open them to a new awareness of God and the space around them. Each prompt adapted traditional mystical strategies or contemporary philosophical phenomenologies. This ranged from mindfulness exercises to apophatic negation strategies, and contemplations of beings coming into Being, and more. All the prompts functioned as a response to the artwork they were focused on, but could also function devoid of artwork. In this way, the art becomes a conduit to seeing the world in a different way - a tool toward a true outlook of contemplation, but not a crutch to a mystical experience. After all, contemplation is learning to see, and should ultimately be an active, modular, versatile state of being, not just a deliberate moment of meditation.

If you'd like to read the actual prompts themselves, you can link to the Meditation Prompts here. Good mystic that I am, I made sure to establish many rules and guidelines and then negate them all, allowing the Spirit to move as it will in the interstices. At the end we regrouped and discussed our experiences. That's like a rare delicacy to an artist - immediate, honest, discursive feedback, and the chance to help people unpack their time with your work without being prescriptive.


I was indeed pleased to watch the transformation that took place as people genuinely reconciled God and their often inhospitable phenomenological world-views. People spoke of noticing the complexity of space and having a sublime moment of awareness of their place in it, or noticing the way the work not only functioned internally but also in relationship to the space around it. They spoke of things not being as simple as they had expected, but yet being entirely interconnected and unified. They even spoke of thinking of God in ways they never had before. I was floored. I'd have gone home and called it a win right there. But it wasn't over.

What I didn't expect was for there to be such an immediate mending of the rift between them and the art itself. It was icing on the cake. At the end of the hour people with little to no exposure to fine art started reading and engaging with the work in ways I would have only expected after an MFA degree. Simply by giving people the freedom and the undistracted space to experience the work unapologetically, without fear of being wrong, and without the stigma of "you have to know what this art means," (presumably because it was psychologically replaced with the stigma "did you find God in it yet?" But that's a different can of worms...) they began to genuinely experience the work and all that it gathers (in the Heideggerian sense), and even connect that to the real world.

All in all, it was a fantastically rewarding experience, and very affirming for me. I was honored to have helped people negate their preconceptions and find God anew in the artistic, ambiguous space left in between the sacred and the secular.
Posted by Eric Valosin at 4:47 PM No comments:

Much On Which to Catch Up

Can a title end with a preposition?

...well anyway, I apologize that it's been a while since my last post, and that I've left a few loose ends hanging. This past month has been nightmarish. Just after a whirlwind of exhibitions, traveling, a move, a wedding, and many other "real life" occasions, my wife fell very ill (we're told it's very possible she was about 3 days away from death had we not gotten help when we did). She ended up needing major emergency surgery followed by 10 days in the hospital and a VERY long road to recovery. She's doing very well now, thank God, but the recovery process is a very time intensive uphill battle. Needless to say my attention has been usurped away from blogging for a bit...

I've been keeping as much of a foot in the art world as I can during this time, and I'm extremely thankful for a coincidental break in the action that has allowed me to devote my attention more fully to family right now. I will be trying to catch up on blogging soon, as there is much on which to catch up (and no preposition in sight to end on! ...wait a minute...): My recent installation and accompanying artist talk, discussion forum on Art and Faith, and special contemplative service, as well as 2 very exciting upcoming interviews about my work! Coming up in the fall are still my solo show at Andover Newton Theological School's Sarly Gallery, as well as the continuing ed. class on Art and Worship I will be teaching at Drew Theological School.

I'm looking forward to resuming some normality (not to mention studio hours that don't fall between midnight and the awakening of my bright-eyed, bushy-tailed two year old!). Thank you to those praying for my wife's health. We certainly feel it!

John D. Caputo writes about experience coming alive as experience at all when we reach a limit experience and confront the impossible. This, he says, is the basis for true religion. ...Let's just say things have seemed very religious of late! But that's the beauty of faith. It necessarily exists most when it seems it couldn't possibly, and carries us through to the very experiences that most motivate me as an artist and a human.
Posted by Eric Valosin at 12:32 AM No comments: