Voyage to the Virtual and Other Great Art


Must see show at the Scandinavia House (of all places) in NY: Voyage to the Virtual!

I learned of the show because of Olafur Eliasson's participation; ironically his piece (maybe the most low tech of all of them) stopped working and had to be sent back to be fixed, but the rest of the show's impossible-to-pronounce participants turned out to be FANTASTIC.

Highlights include an interactive canoe you can physically ride (mechanical bull style) through a 3D virtual seascape, a soundwave-to-light wavelength rendering of the Aurora Borealis, and a computer animated exploration of a mythical city-turned-psychological interior landscape.

Also finally made it over to see Saya Woolfalk's spectacular show at Leslie Tonkanow, and then be bombarded by low-fi televisions in the nearby Nam June Paik exhibit.

Go see this stuff! What are you waiting for? (unless you're waiting to scroll down and see what I had to say about it all... or clicking on the link above to read more... then fine, you can wait. But then get out there and go see some art!) 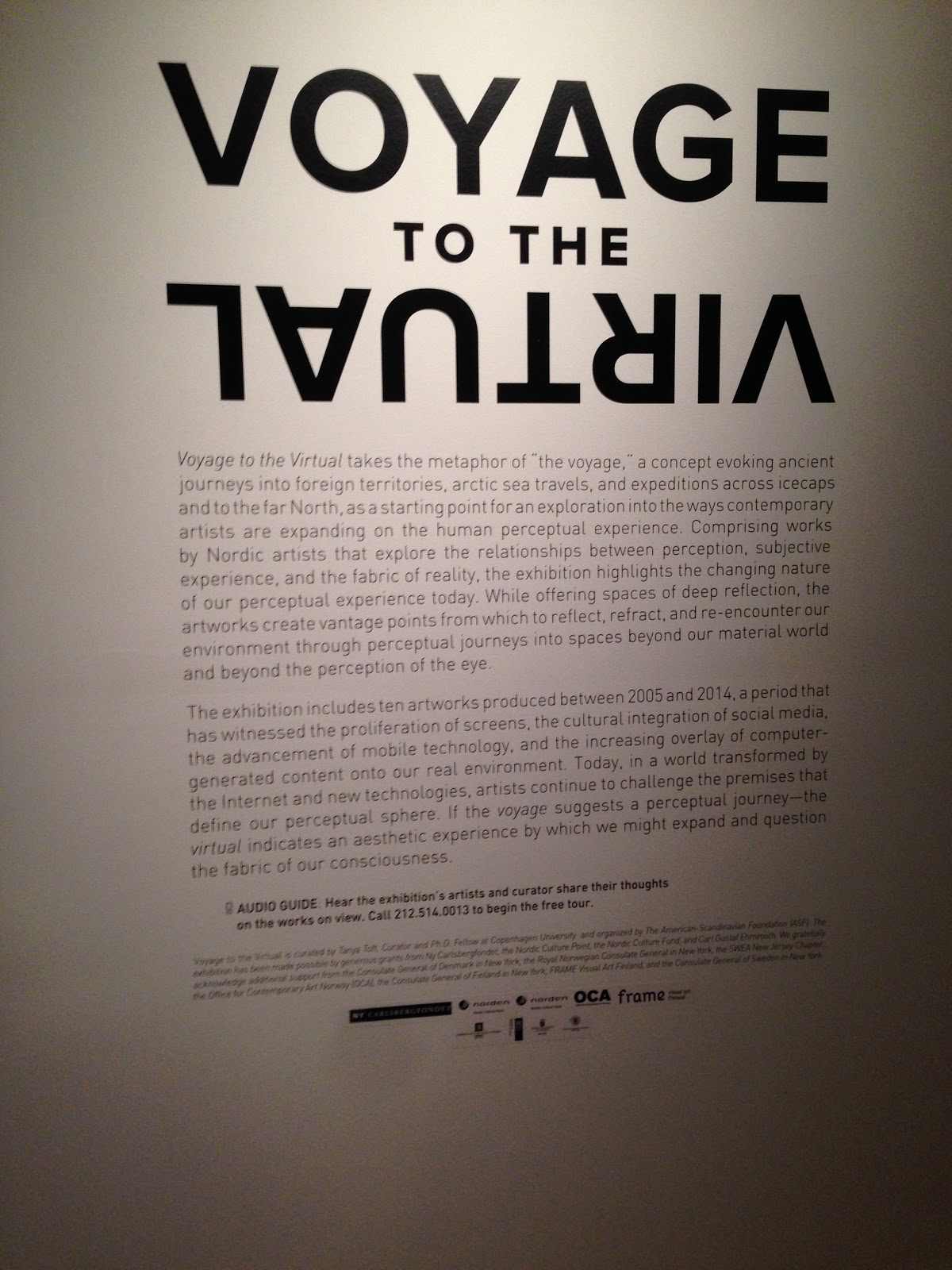 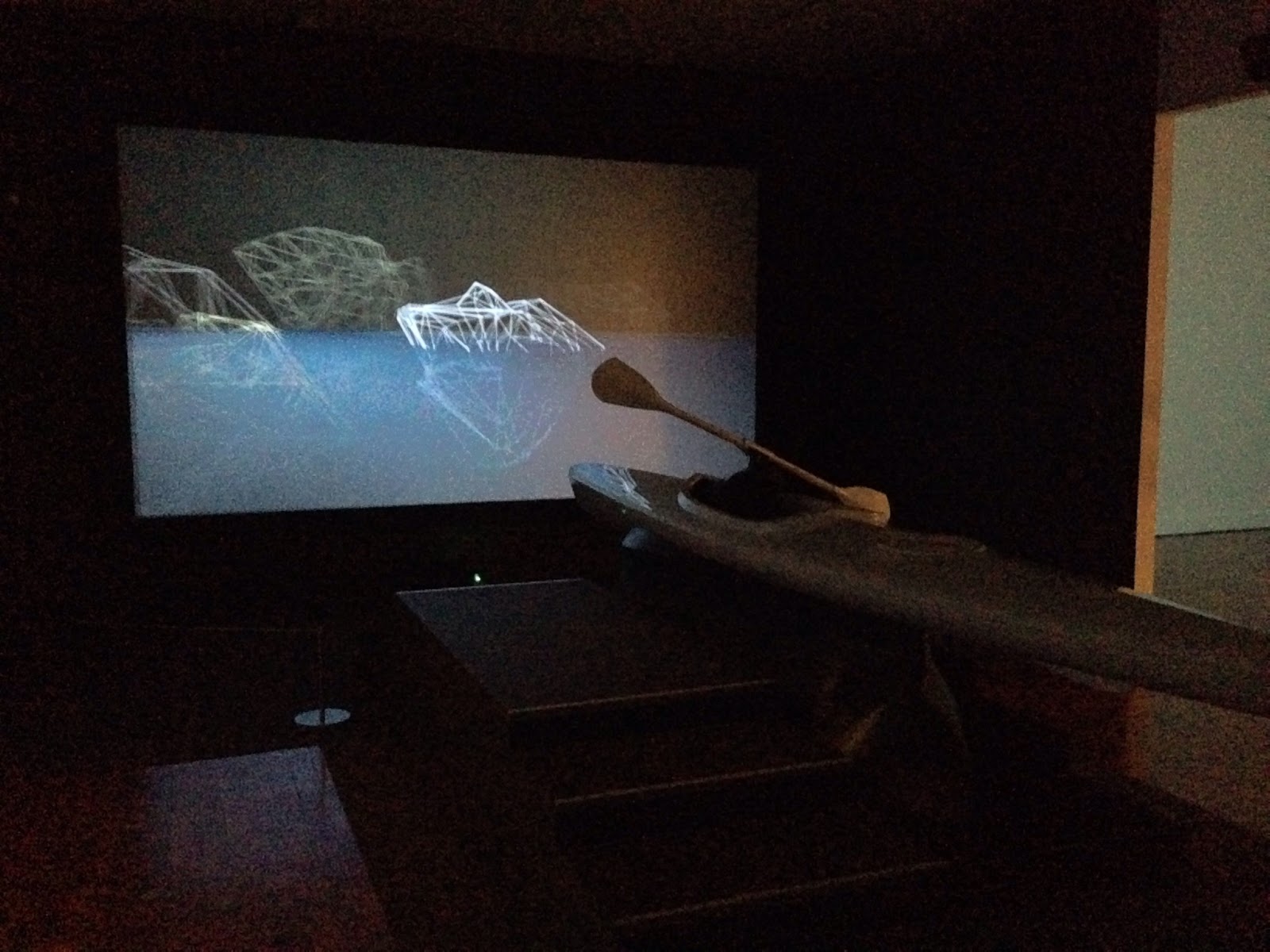 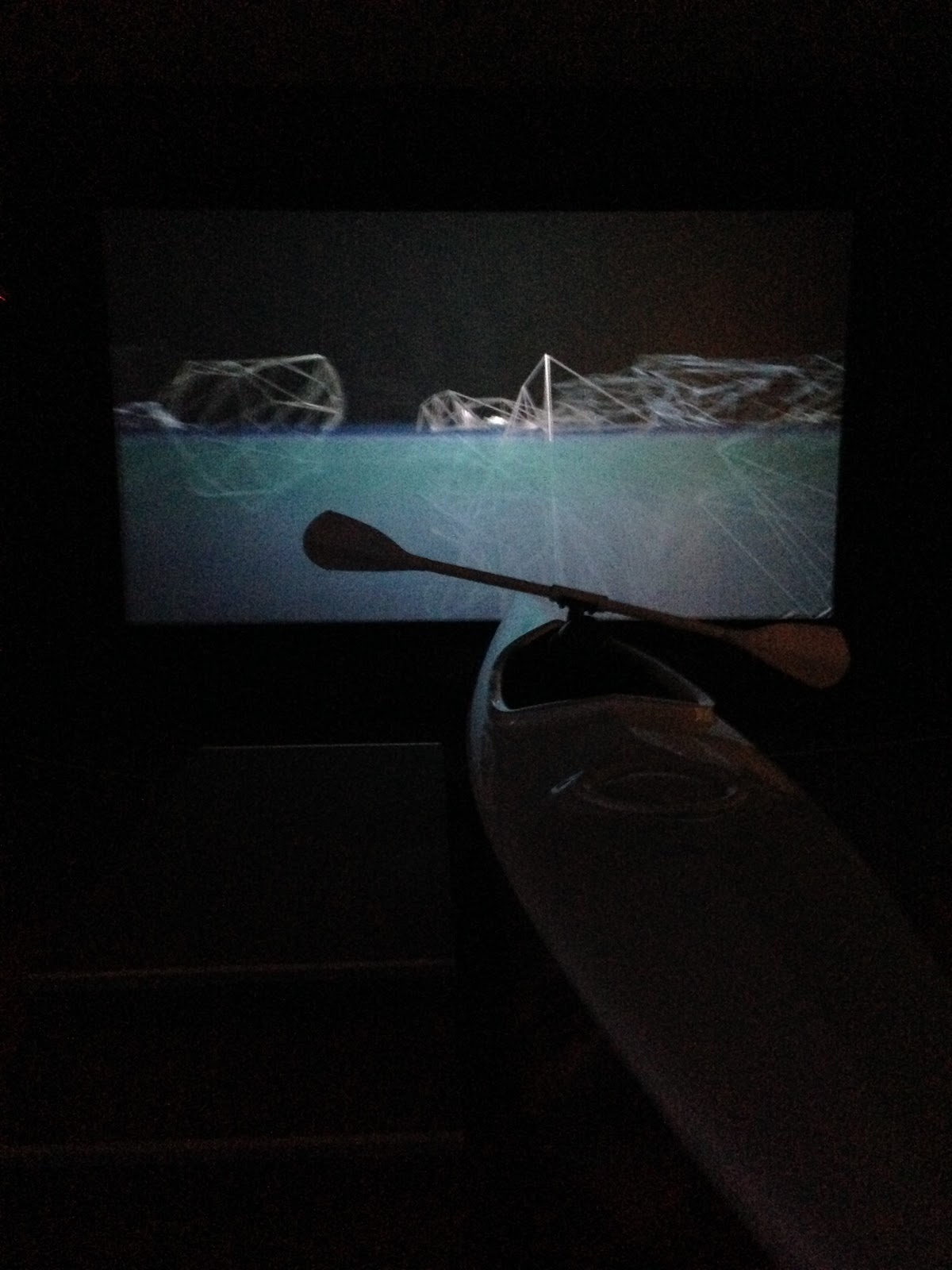 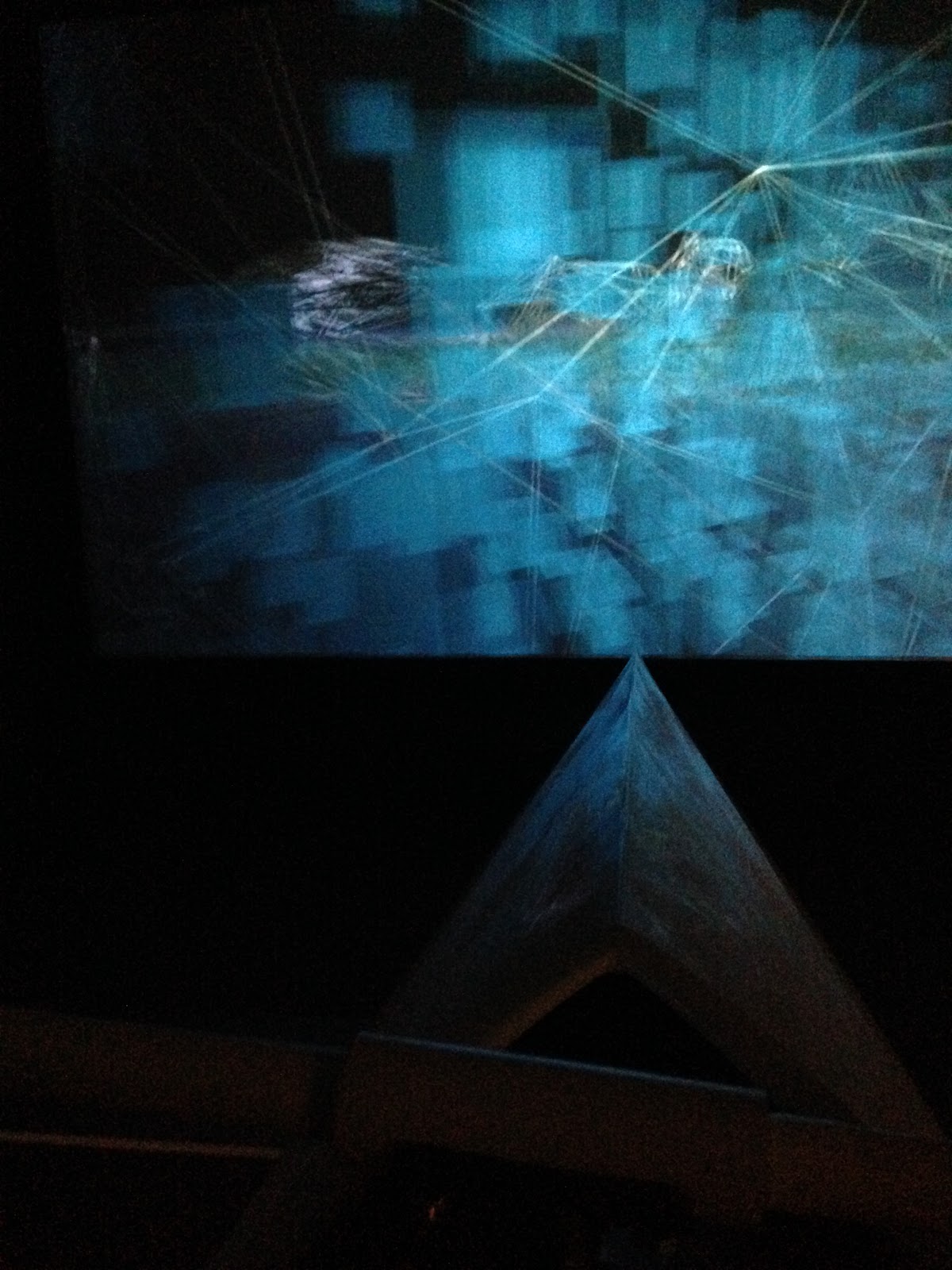 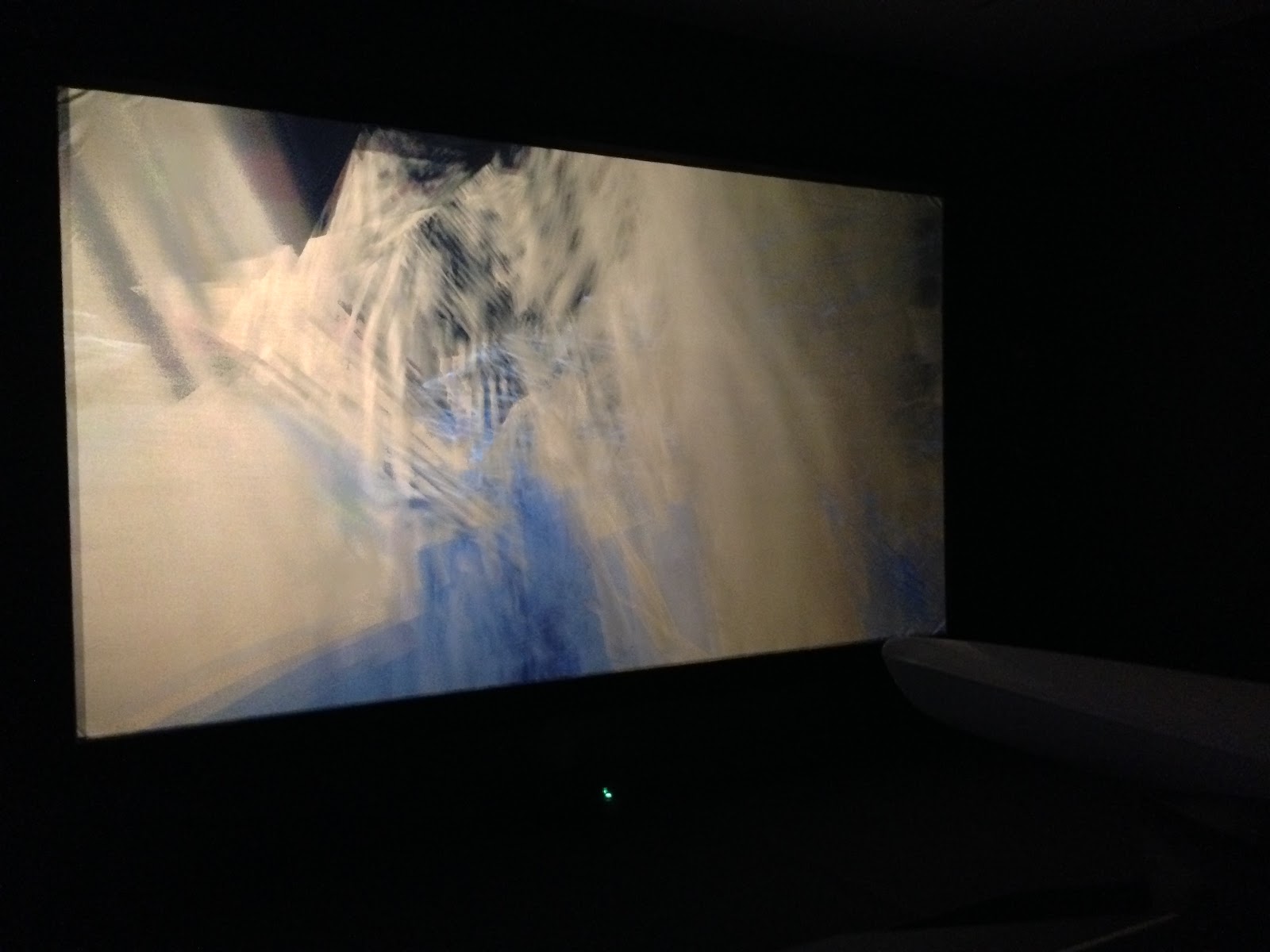 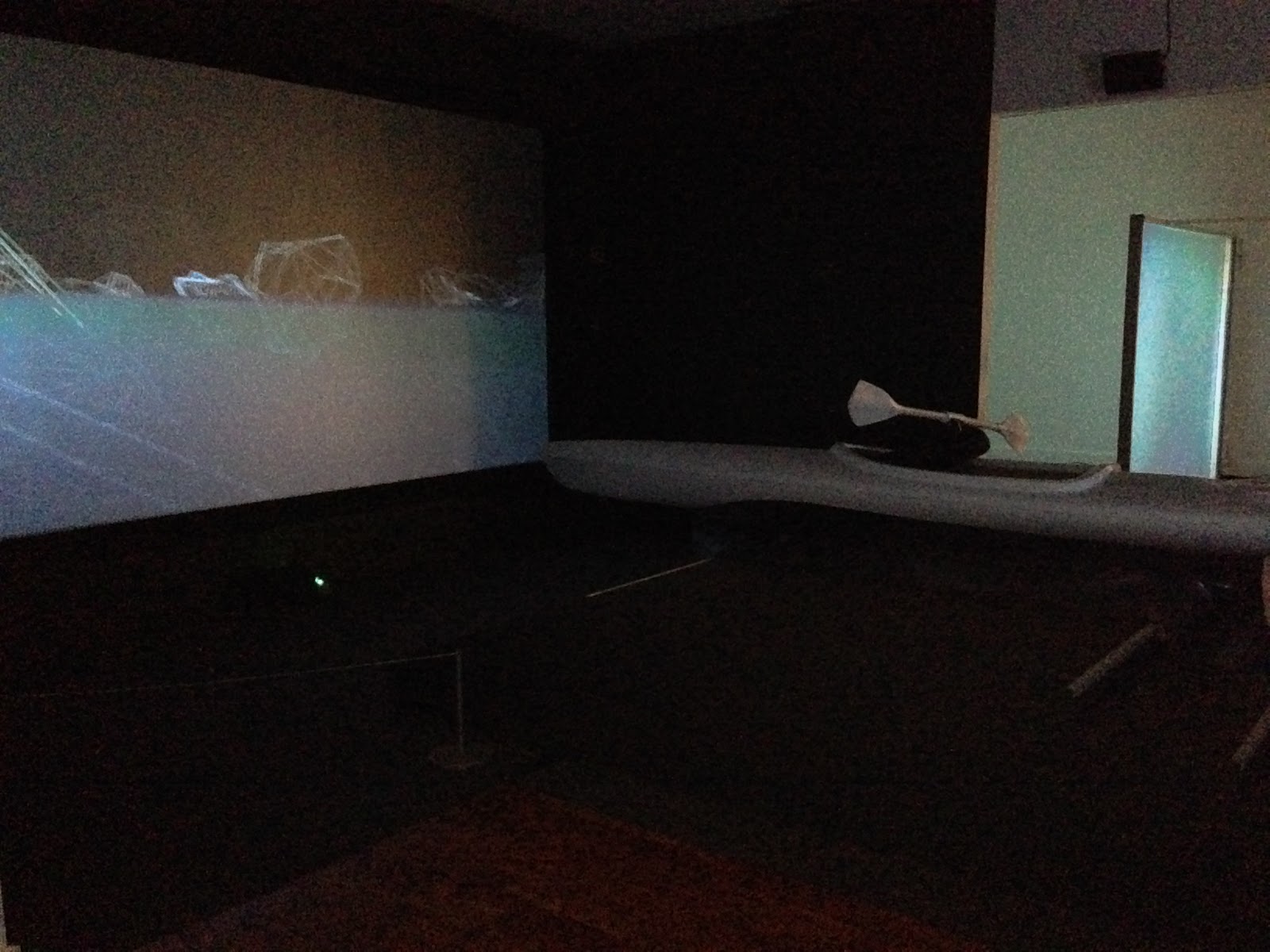 Don 3D glasses and board the kayak, which physically tilts and shifts as you paddle and steer. The imagery is generated based on temperature data from Qaanaaq, Greenland (displayed opposite the projection). It was just abstract enough to avoid becoming gimmicky, reading like almost like an ecological, Zen video game, without objective, reward, or failure. When your kayak plunges below the surface or collides with an iceberg, you you merely occupy a different visual space, but there's no sinking or crashing per se. Just pure exploration and immersion in the polygonal world. 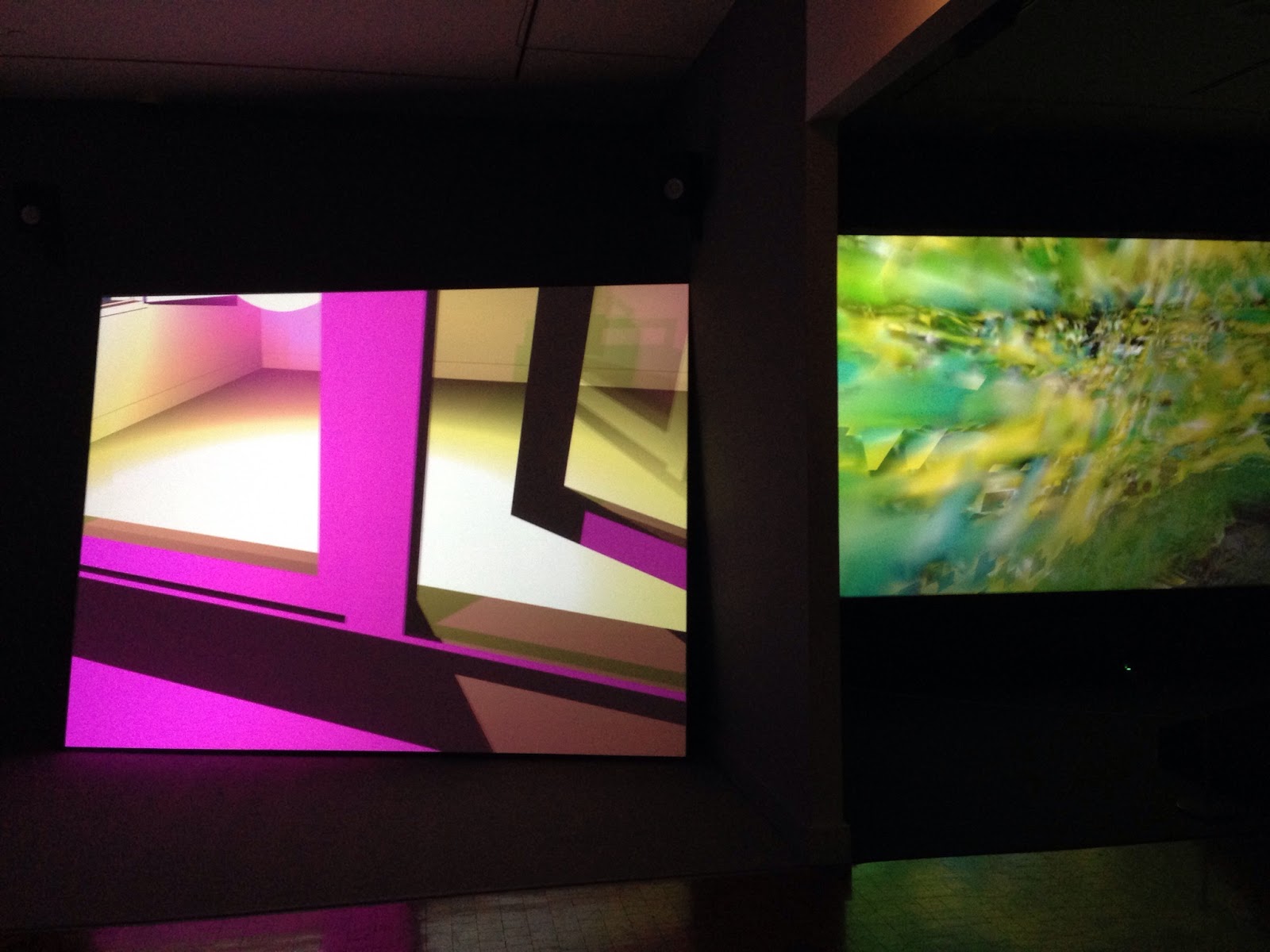 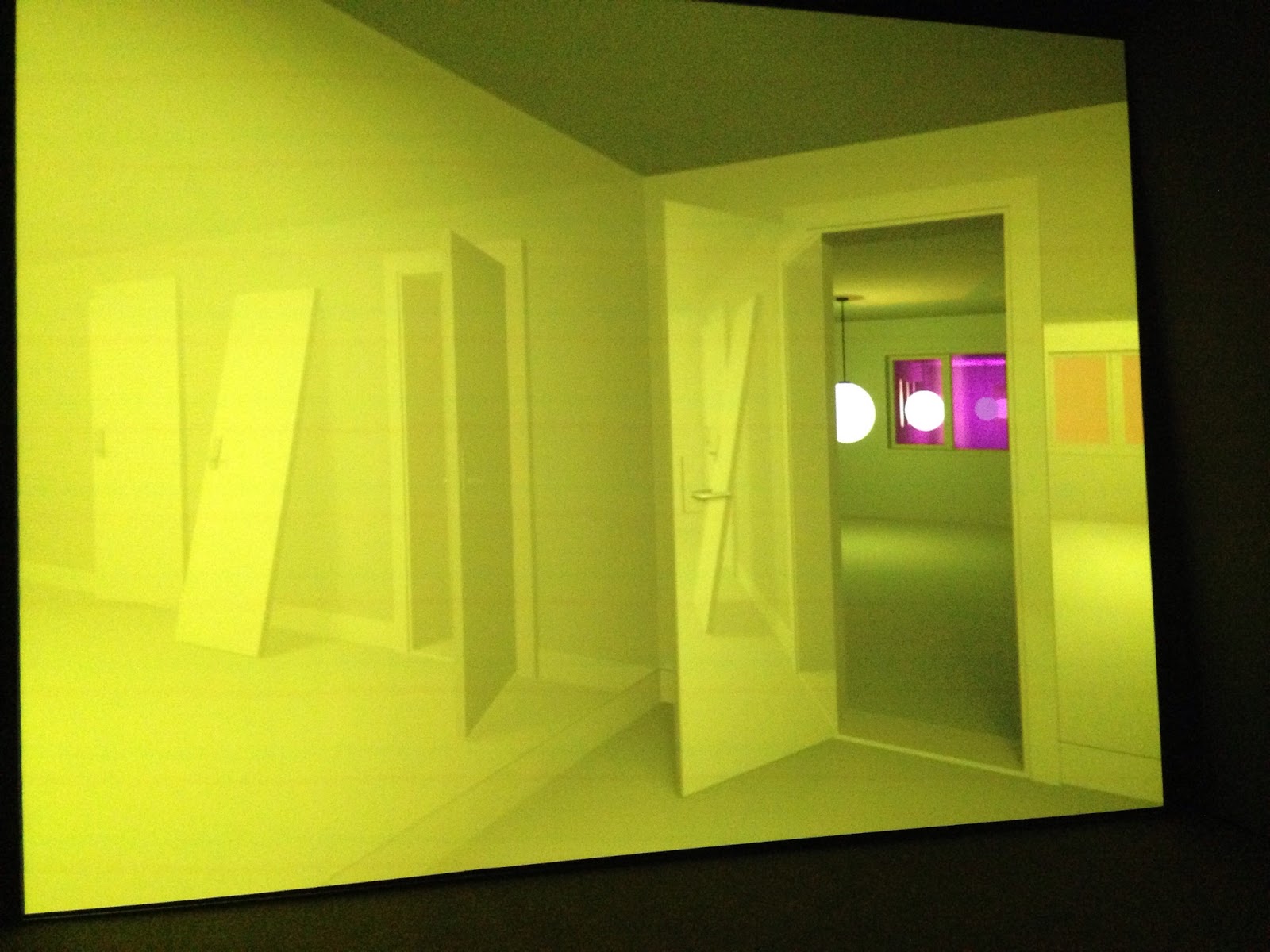 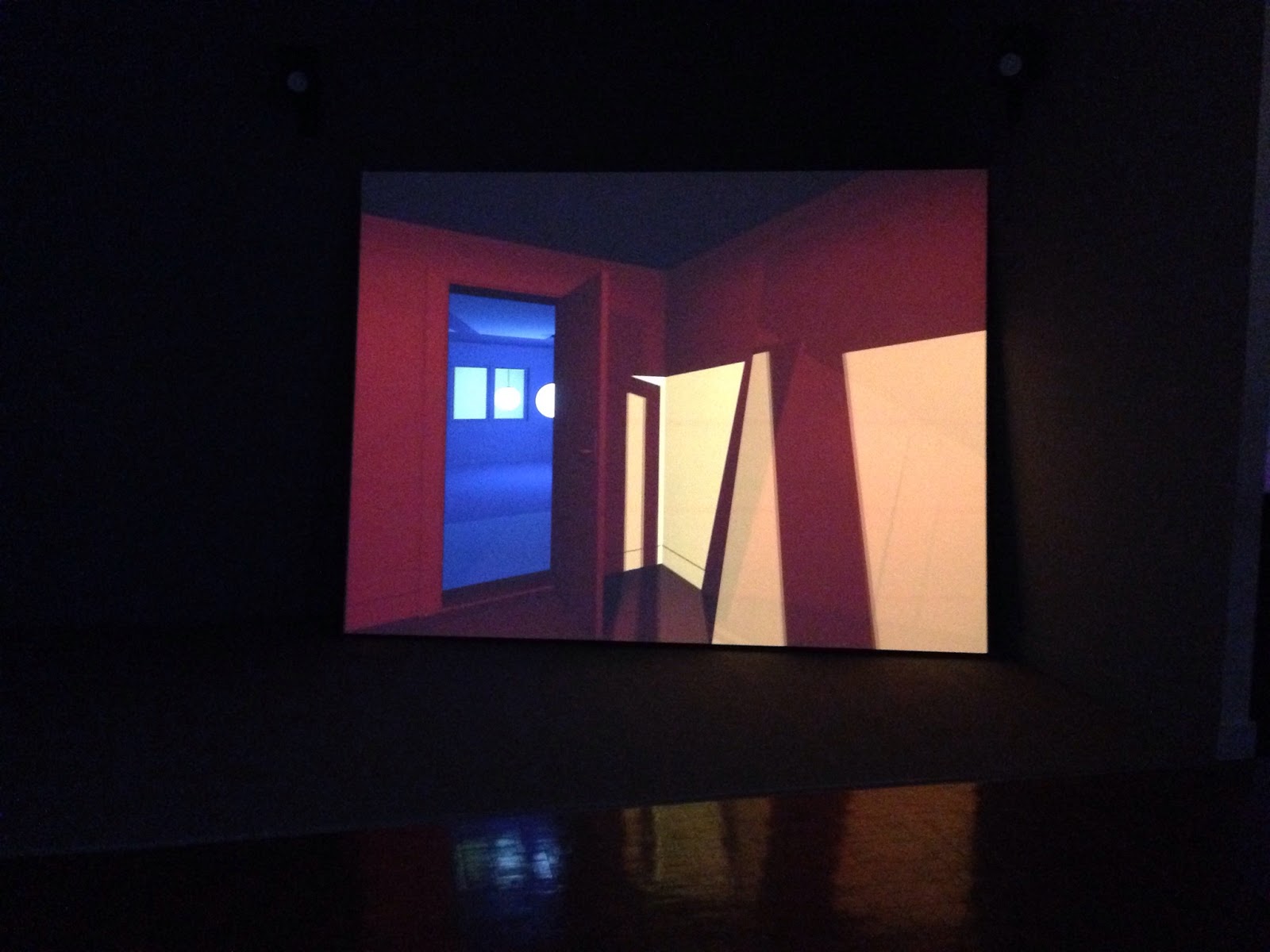 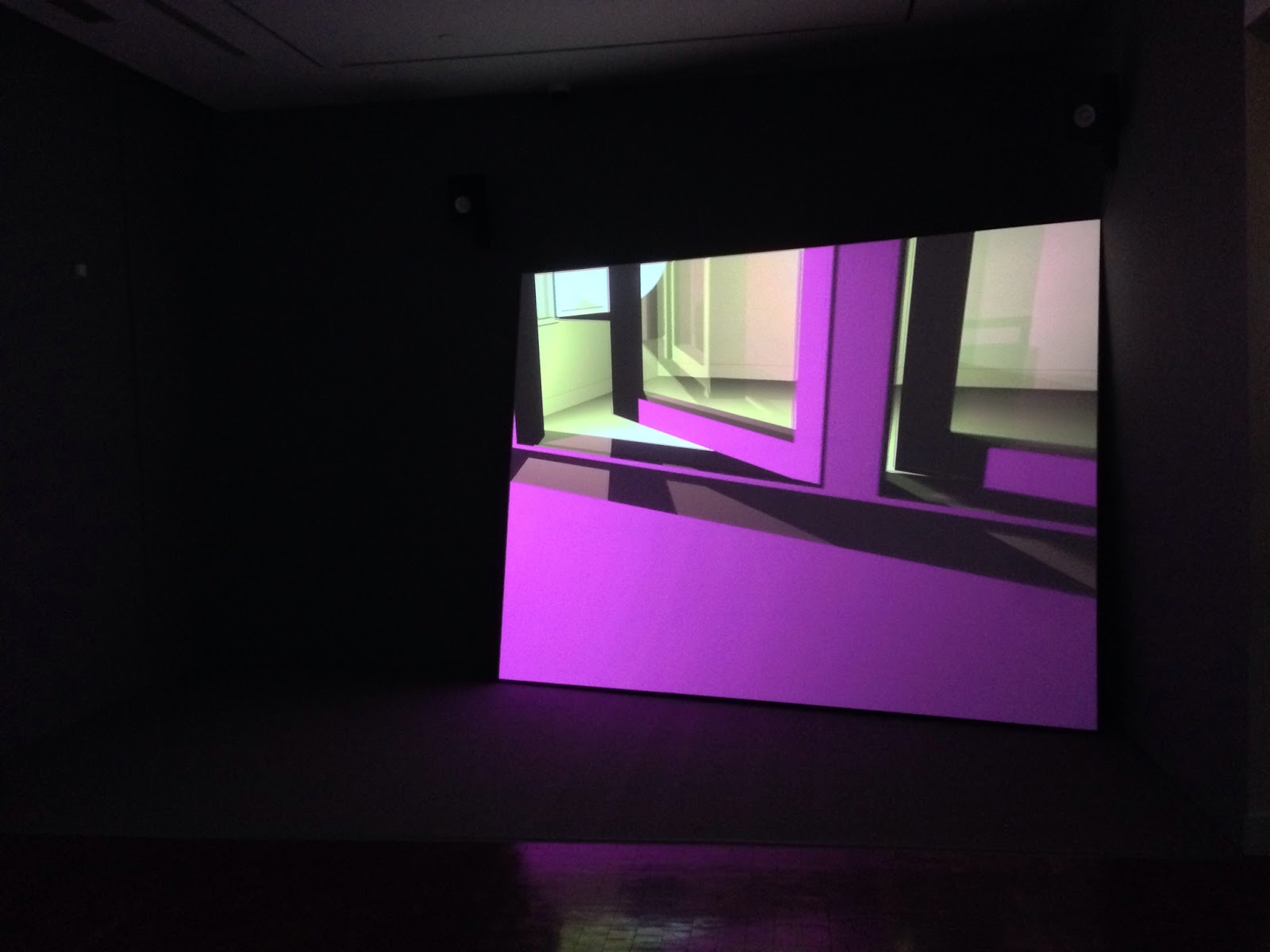 I was surprised by how much I loved this piece, which transforms the mythical city Bellona into a psychological landscape in the form of a house of colored rooms. The lights periodically turn on and off, and the walls and doors are at times reflective as the camera meanders through the Turrell-colored rooms, yielding a disorienting architecture. What really made this piece was the quality of the projector, actually, which produced so crisp an image, fit perfectly to a large "screen" proper askance in the corner of the room, making the whole virtual enterprise seem tangible - almost more real than reality. I do take issue with the wall text: 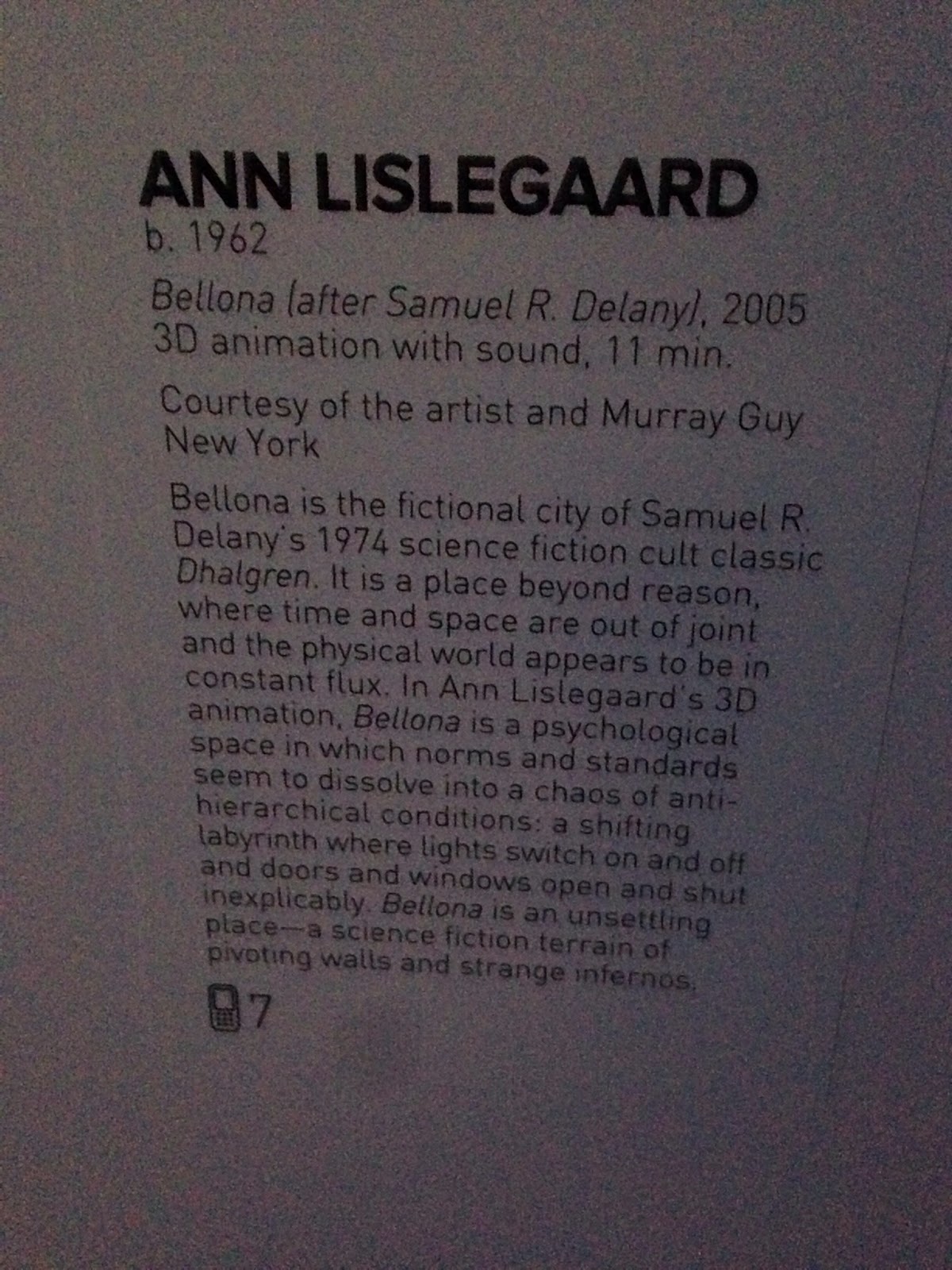 I didn't experience it to be at all as volatile and chaotic as it claims, in fact I thought it to be pretty serene and orderly, if a bit foreboding because of the pregnant emptiness of the rooms. 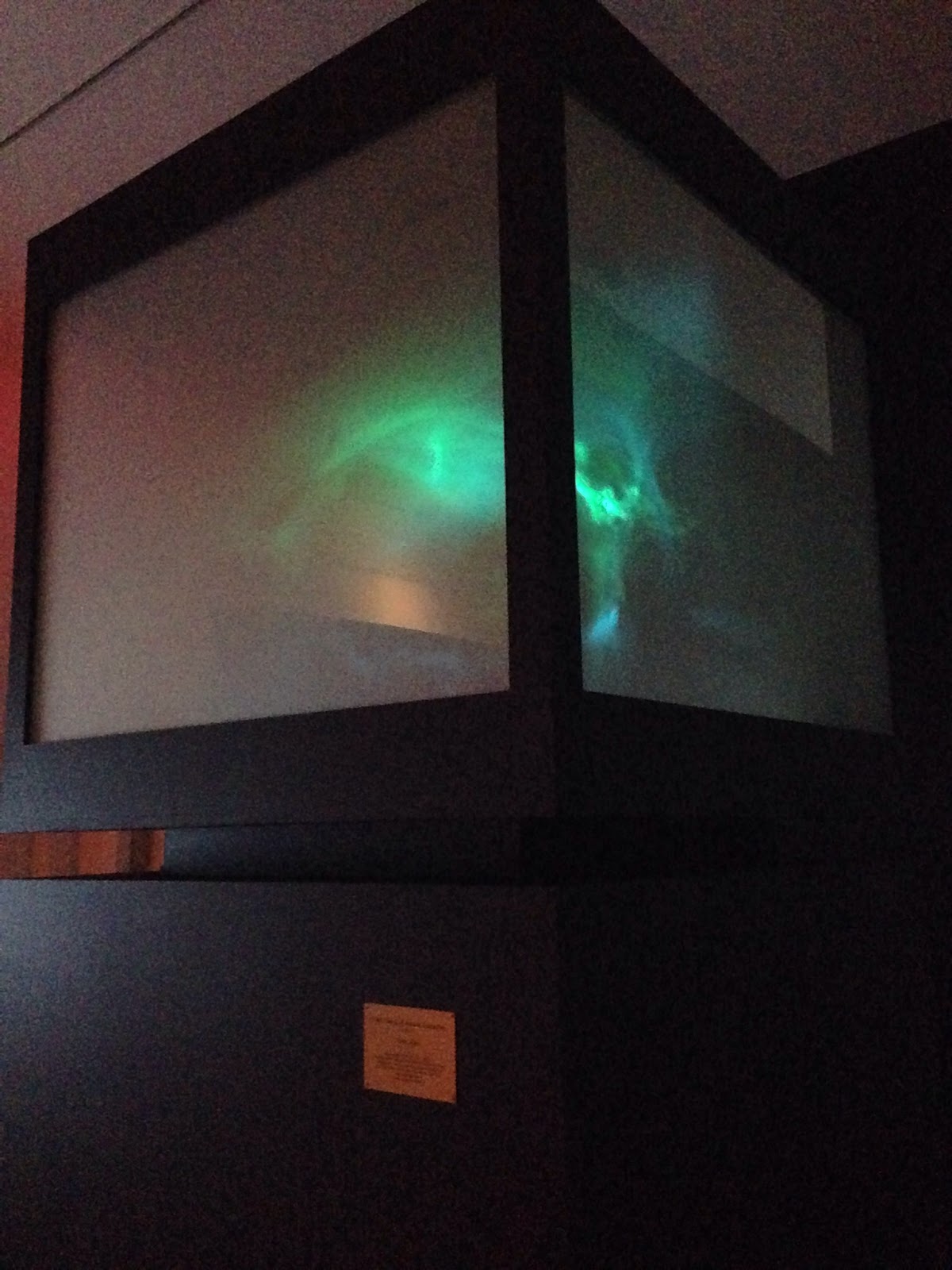 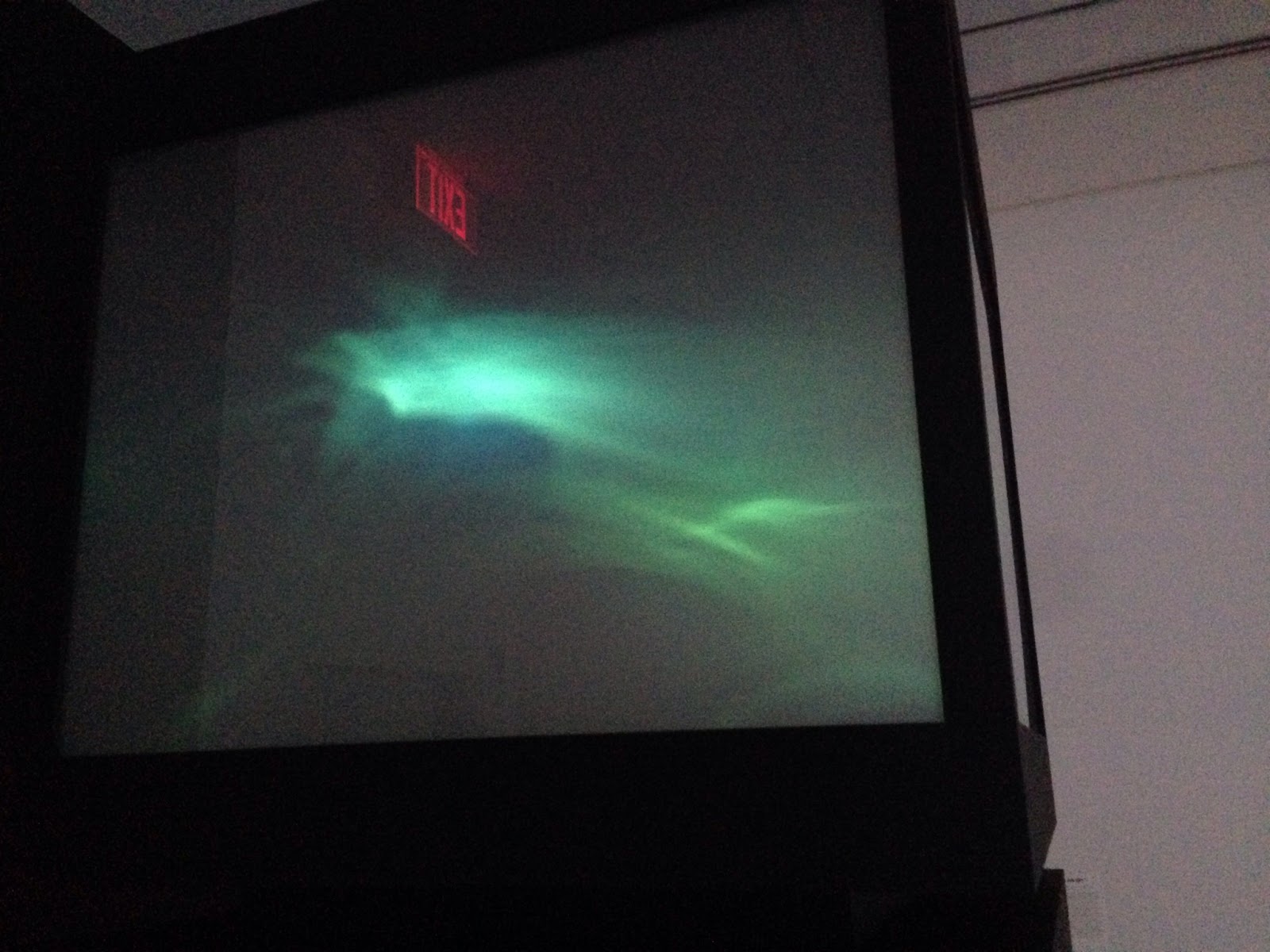 A brilliant new-media continuation of a 30,000 year old train of thought, translating sound recordings of solar activity into light wavelengths, projected into a cube to end up becoming a rendering of the Northern Lights.


For more about the show, check out http://virtualvoyage.org, especially the artworks tab. It's well worth your while if you can't get out to see it.

some other cool stuff I visited... 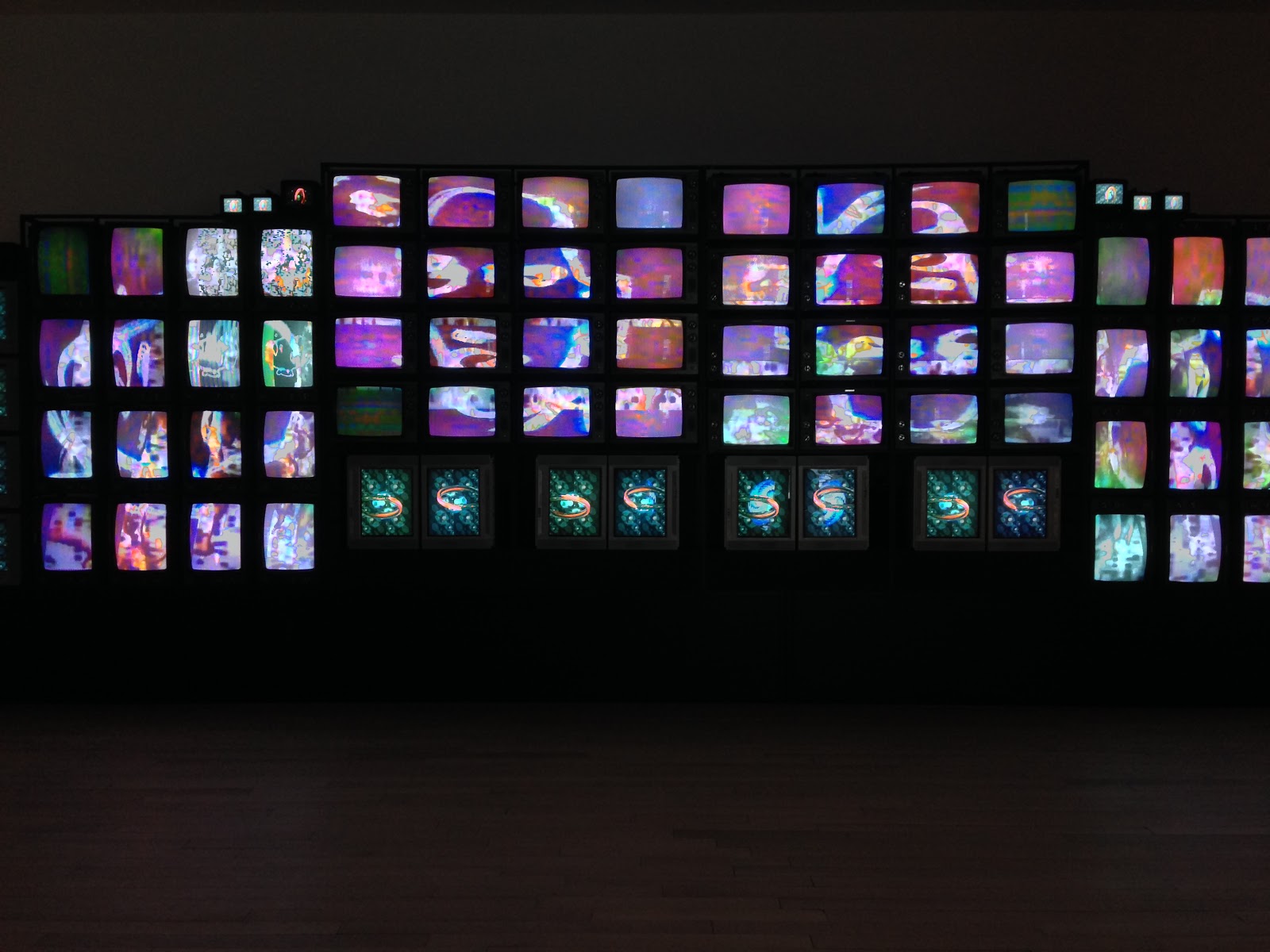 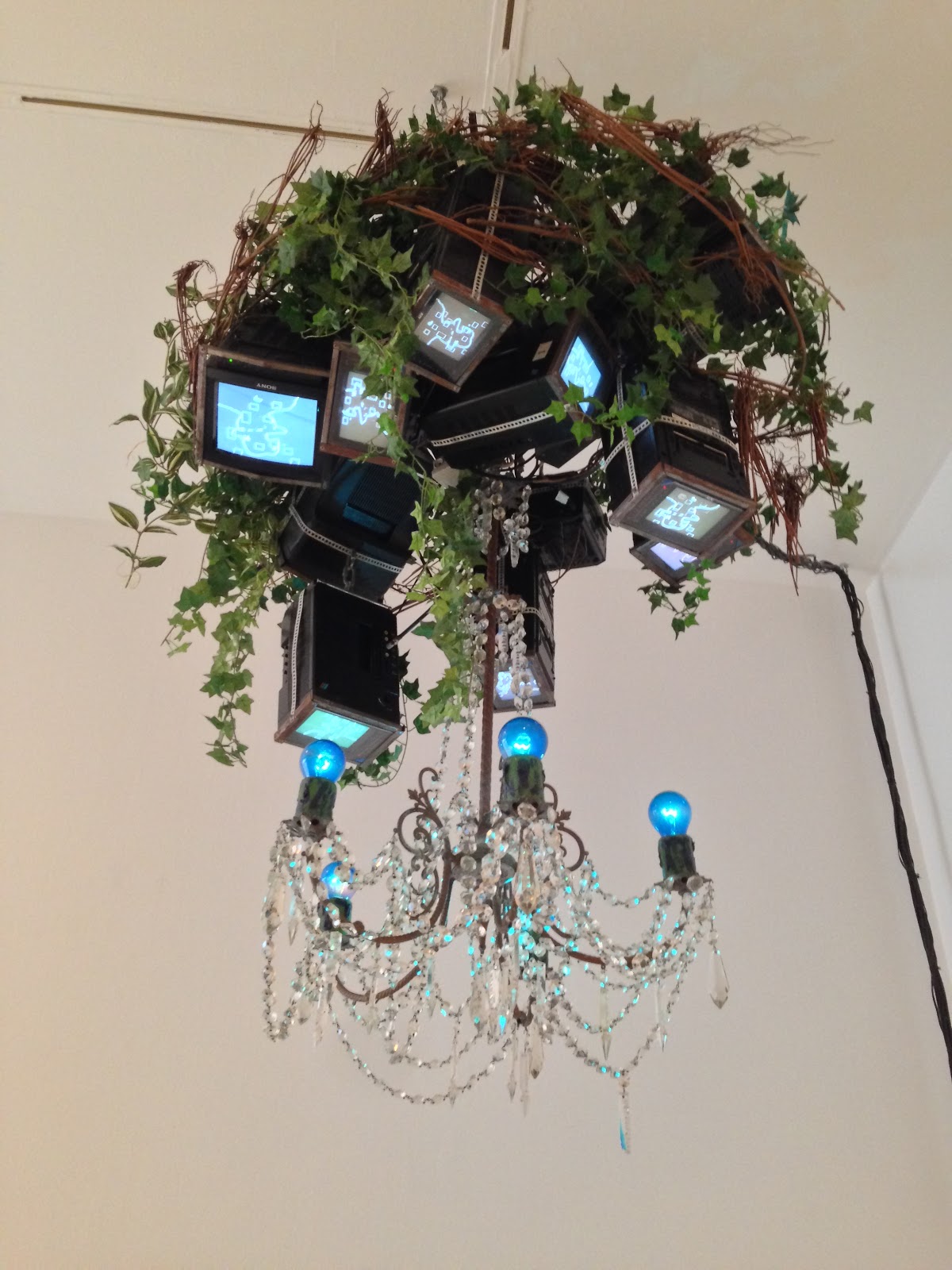 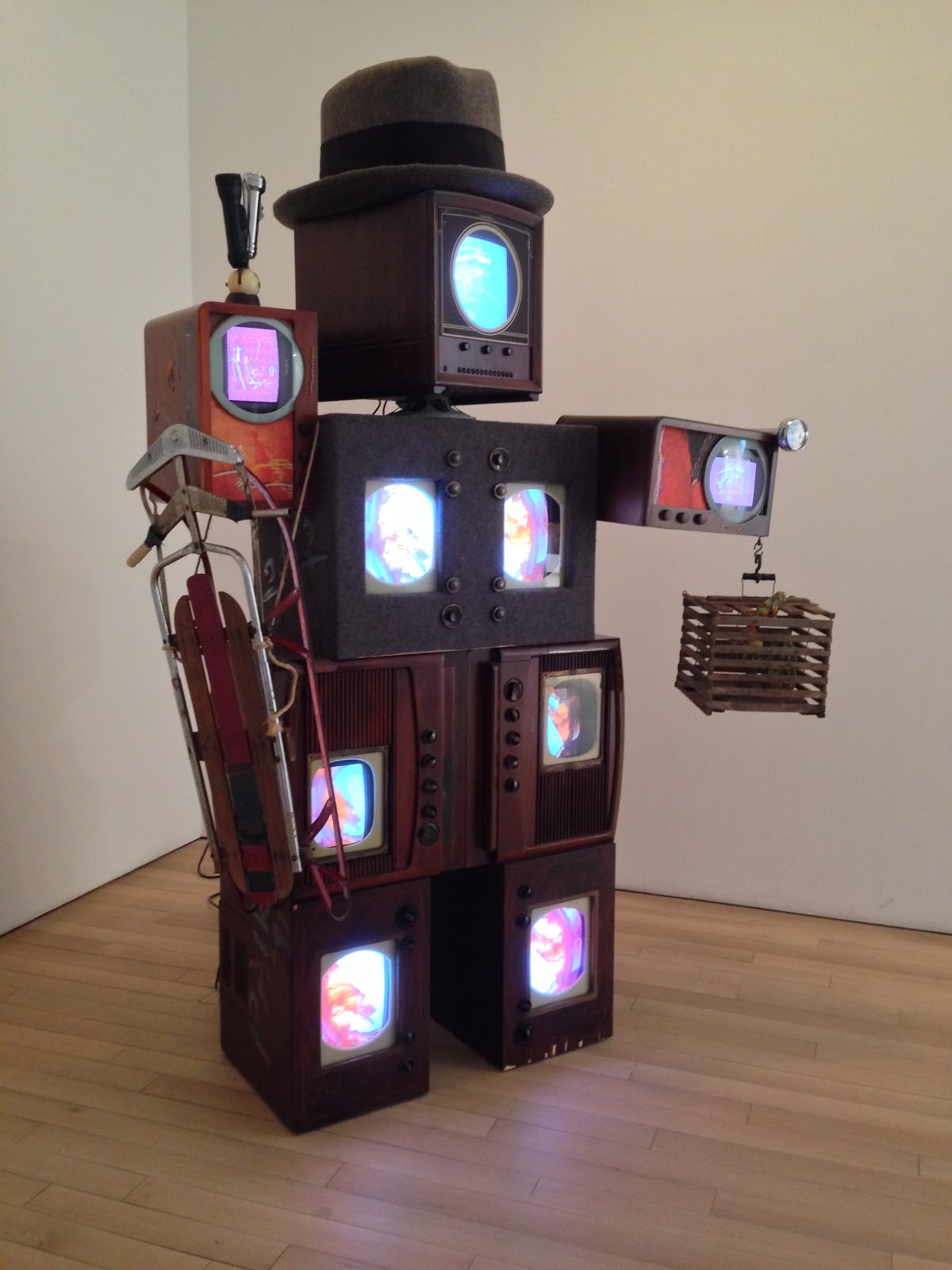 Michael Snow
So Is This 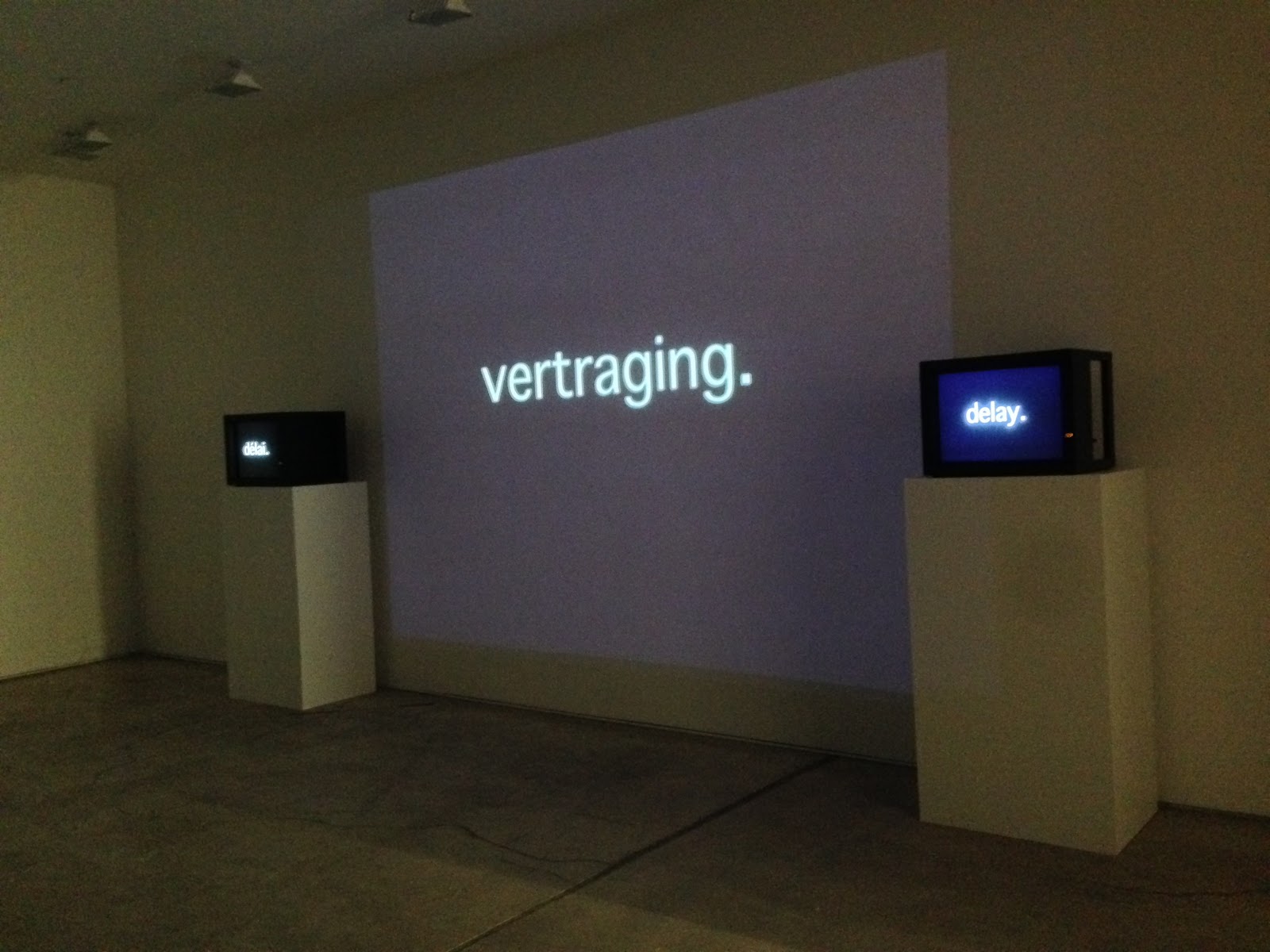 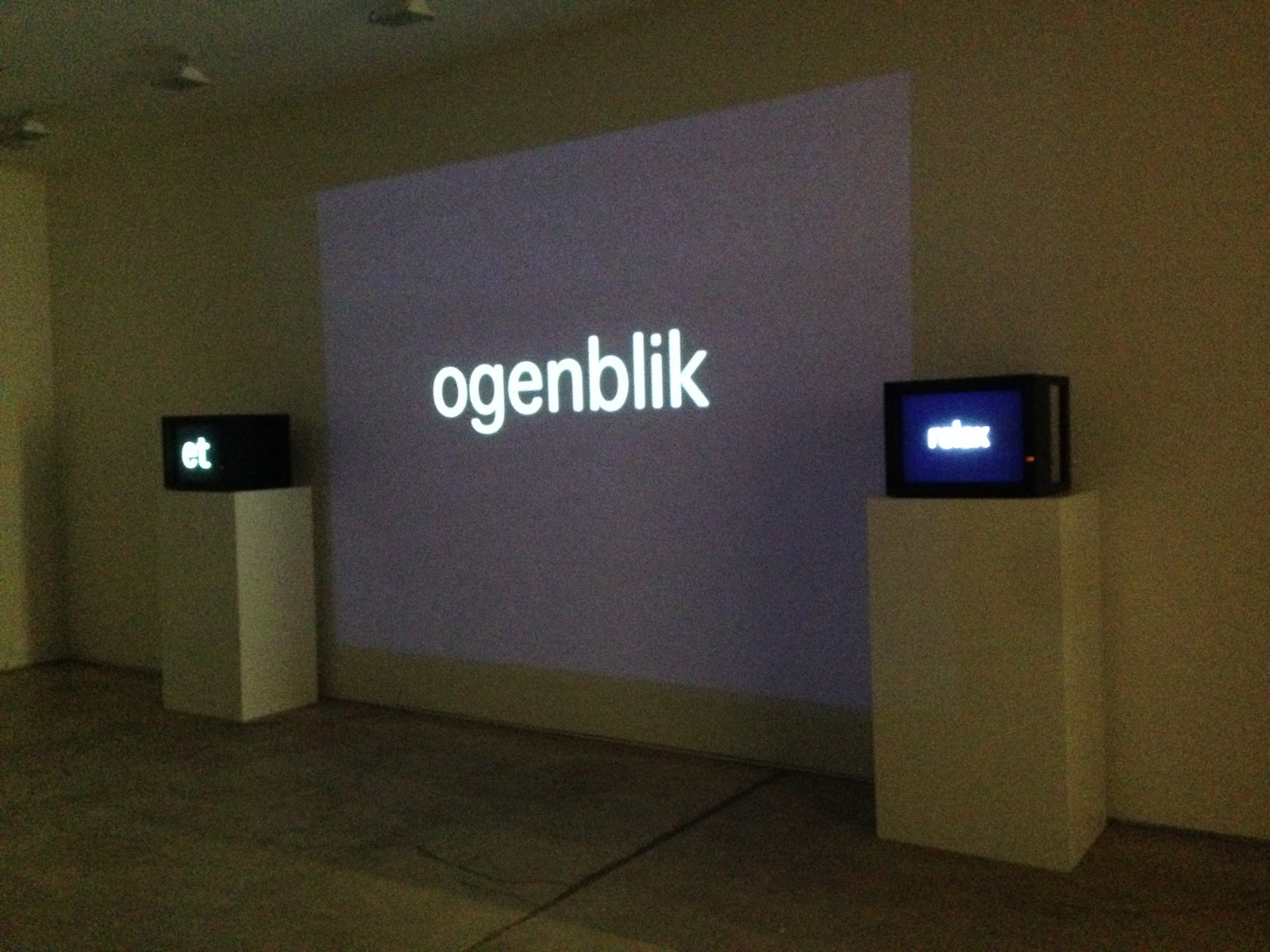 The 3 channel video flickers words in German, English, and French, exchanging moments of  synchronizations of translation. After a 15 or so minute sequence, the videos rotate location. I wish I could have spent more time with the piece, but it seemed a striking bombardment of semiotics. 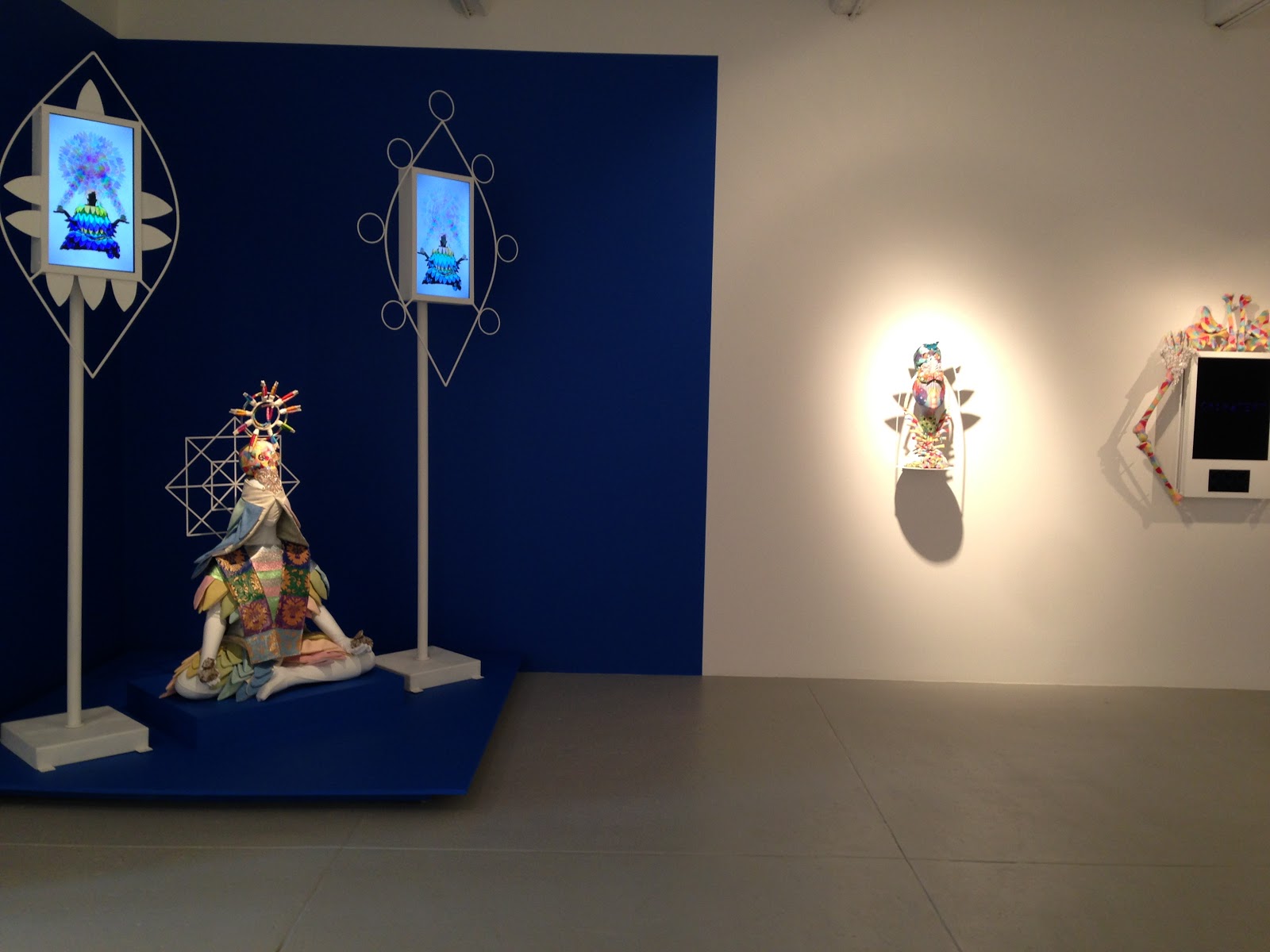 A super-cohesive exhibition with just enough didactic elements to hook the uninitiated into the world of the Empathics without closing it off to interpretation and experience. The real power of her work (besides the stunning visuals and rich, invented anthropology) is its metaphorical equivalencies to the "real world," commenting not only race and ethnicity, but ecology, ritual, and technology. 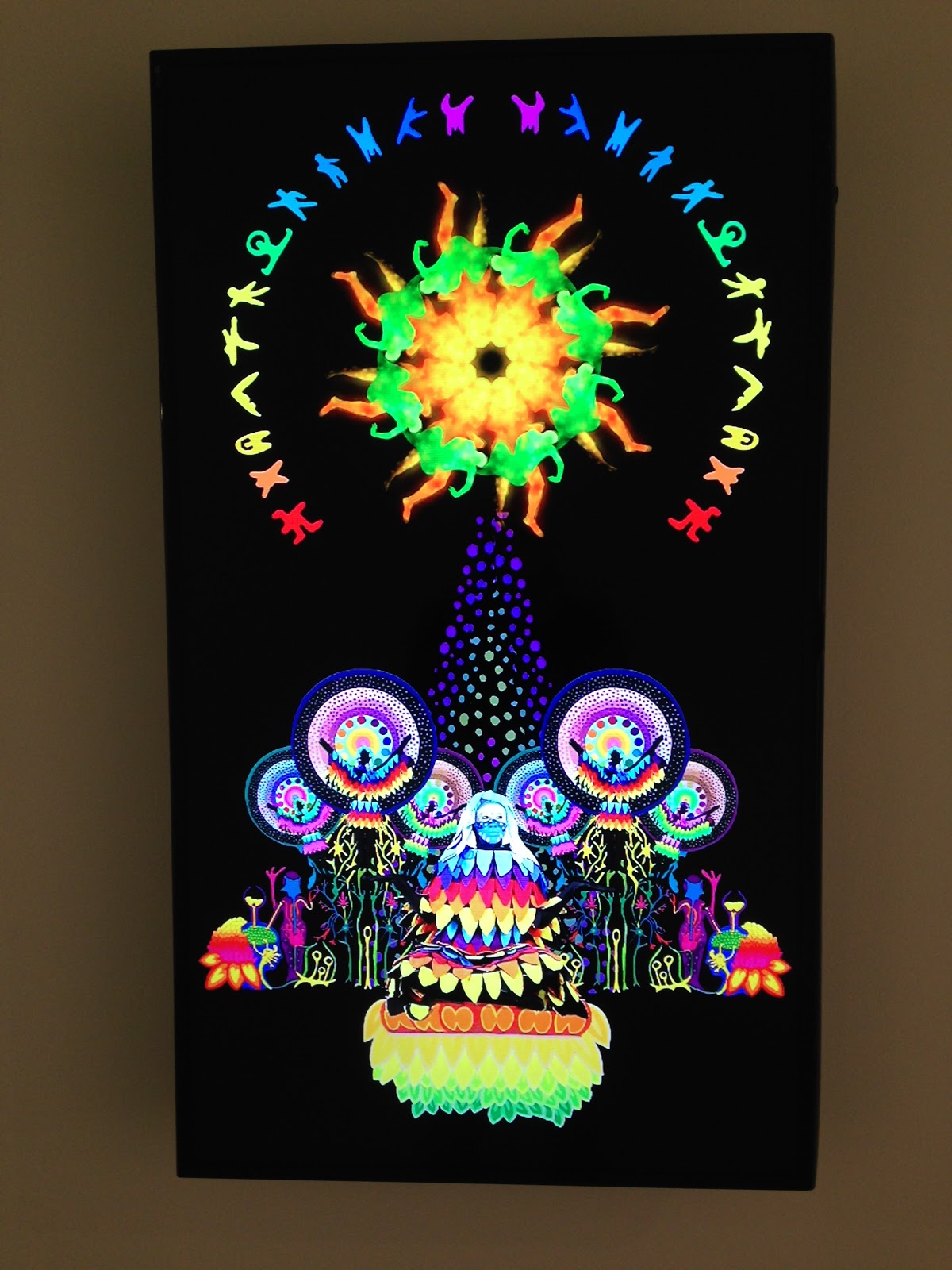 The more I looked at this video piece (on a screen hung vertically), the more I became convinced that this is what a digital painting should be. Captivatingly fluid animation and coloration, moving just subtly enough to be alive but without ever straying from its static mandala-like composition. Really convincingly toes the line between the still and the moving image, the representative and the performative.
Posted by Eric Valosin at 1:06 AM No comments: