My Blog is Rebelling... I'll Fight Back with some New Videos!

In case you were curious, No I didn't suddenly develop a penchant for flowery text.  I don't know what's going on with the font on my blog.  So if you're seeing this post and trying to squint your way past flourishy serifs and unwieldy script that makes the page look less like a blog and more like a doily, you can blame the blogspot gods, to whom I've already submitted my gravest supplications.

If you're tenacious enough to get past that visual annoyance, I'd like to share with you some new videos I've posted to my website!  I've been toying with ways to make looking at my projection work on a computer at least a bit more engaging, considering roughly 93% of the magic (in my calculations) lies in viewing the installations in person.  It may be a baby step, but I decided to try out a movie trailer style overview.  So here they are: my shadow projection project, which has been given the title It Is (see previous post for why this announcement is relatively momentous), and the glow in the dark projection project, now titled This is It, It was Here.

As for my font frustrations, I don't really know how to go about fixing it (all conventional wisdom falls limp at the immovable force of obstinate technology) so I've done the best this feeble blogger could do: joined a discussion forum.  Until then, I hope you like doilies.

Posted by Eric Valosin at 2:28 AM No comments:

Fuzzy Mitten Moving Life Tai Chi Marionette Shadows of Plateggerian Truth, Grasped or Not [And Everything Else]

I've been having a lot of trouble thinking of titles lately.  Unfortunately, try as I may, I can't really find a way to justify labeling all of my work Untitled No. 376, and so forth.  And even more unfortunately, I can't help but believe that justifying your titling rationale is pretty crucial.  On one hand, the title needs to serve as an entrance point into the worldview in which the work exists.  For instance, if I were to name my shadow projection piece Umbral Geometry (or something equally prosaic), though generally accurate, it would mislead the viewer into thinking I'm some sort of formalist preoccupied with the way shapes are enshrouded.  And who could call such a reading wrong?  Surely not I after that red herring of a title.  On the other hand, if I try to nail down my intended concept too exactly with a ridiculous title like Platonic Shadows and the Heideggerian Grasping of Truth, I find it serves less to define what it is (not to mention opens a clear shot for a skeptic to easily dispute that matter and write off the entire enterprise as inaccurate and misguided), but more to shut the door on what it is not, limiting some of the more potentially profound readings.  Furthermore, I don't want to feel like an idiot referring to this thing down the road;  "As you recall, my famous principle of radical deep theophenomenalism for which I have just received this third MacArthur Genius Award was first developed 27 years ago in my magnum opus, Fuzzy Mitten Moving Life Tai Chi Marionette Shadows of Plateggerian Truth, Grasped or Not [And Everything Else]..."  Embarrassing titles are no fun.

I admire artists who's titles fit somehow into their worldview, almost as works of art in themselves.  Like the dadaists and surrealists working with nonsensicality, picking names out of random encyclopedia pages for their titles (see the surrealist game Exquisite Corpse).  Part of the problem there is you have to really know the landscape of your world in order to find the titles that exist within that world.  I guess that's what this summer is supposed to be for.  I'm looking forward to when I've thoroughly investigated this world of mine to the point of knowing it inside and out (and receiving that third MacArthur) Until then, I guess I'll just stick with my current titling methodology.  Procrastination...
Posted by Eric Valosin at 1:09 AM No comments:

A Birthday Gift for a Traffic Cone Aesthete

Much dismayed by my unavailability for fellow artist Erik Sanner's birthday gathering at Brighton Beach today as per my work schedule, I promised Erik I'd try to do something involving traffic cones in his honor.  As a part of the Trader Joe's Westfield Landmark Mural That Never Ends (see previous posts from December...) I've been tasked with adding two more 12 foot panels to this already out of hand project (which began as a 36 ft mural on the front windows and has now become a 70+ ft debacle on the back wall including pop up foamcore victorian style illustrations of guys with mustaches and giant neon hibiscus flowers.  But that's a story for another day).

As such, I spent a good chunk of the day hoofing it through the town taking pictures of landmarks.  As it turns out, Westfield is actually littered with traffic cones, so I thought I'd share some of my findings (humbly selected by applying Erik's own criteria [if you're actually diligent enough to follow the link, scroll down 7 pages to his "Exceptional" page]).

WARNING, some of the images you are about to see may be a bit disturbing;  Westfield is not a friendly place for traffic cones.  Though, in the midst of this forlorn - or at best eccentric - quasi-post-apocolyptic abandonment, there does seem to be some sort of hopeful, activist movement emerging in relation to these destitute and forgotten harbingers of the singularity. 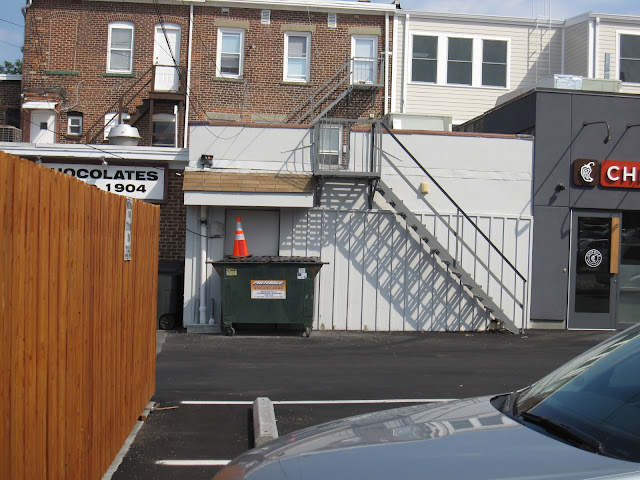 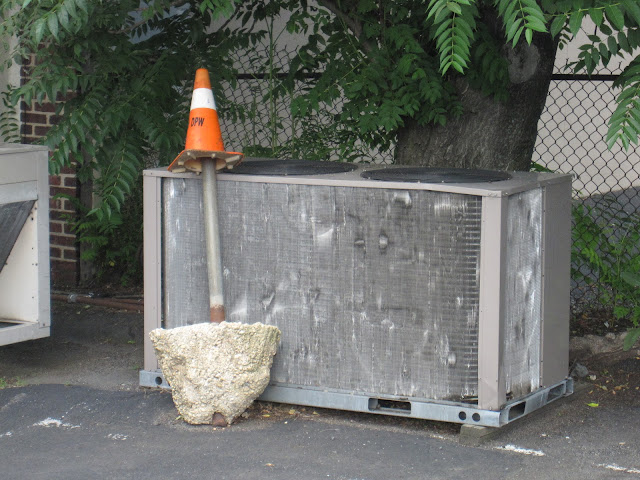 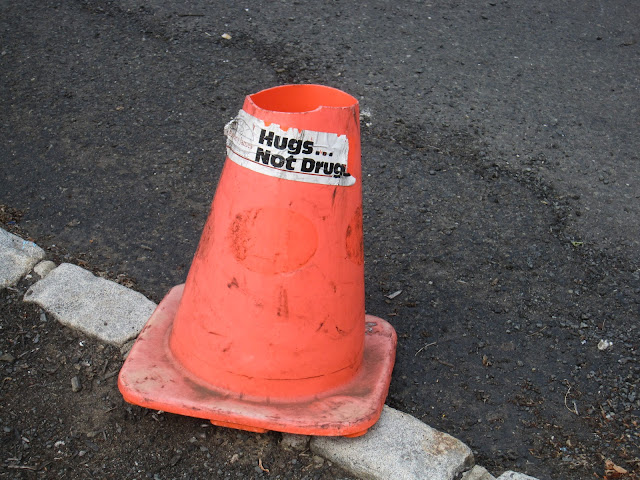 Happy Birthday Erik!  Hope it was a great one! 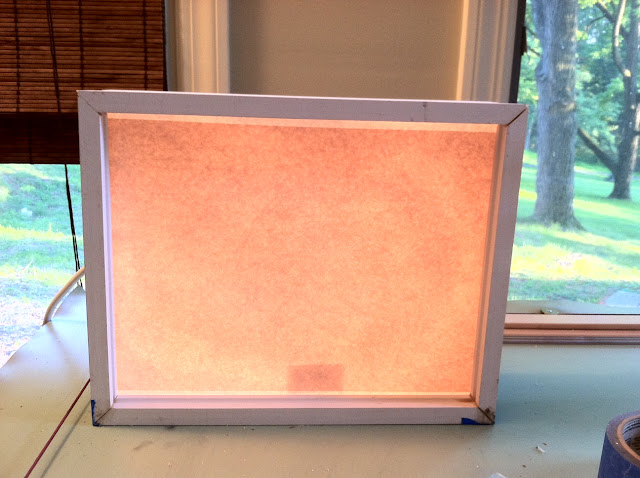 More to come as I finish this project (and others) and embark on becoming an expert on things like Christian Mysticism, New Media, and Post Human Theology!
Posted by Eric Valosin at 10:35 PM No comments: