To Infinity and Beyond

To kick off 2015, I've been invited to participate in a group show on the subject of infinity. Below is a short chronicle of the development of my project for the exhibition, but if your patience isn't so infinite you can jump here to read the press release, and come to... 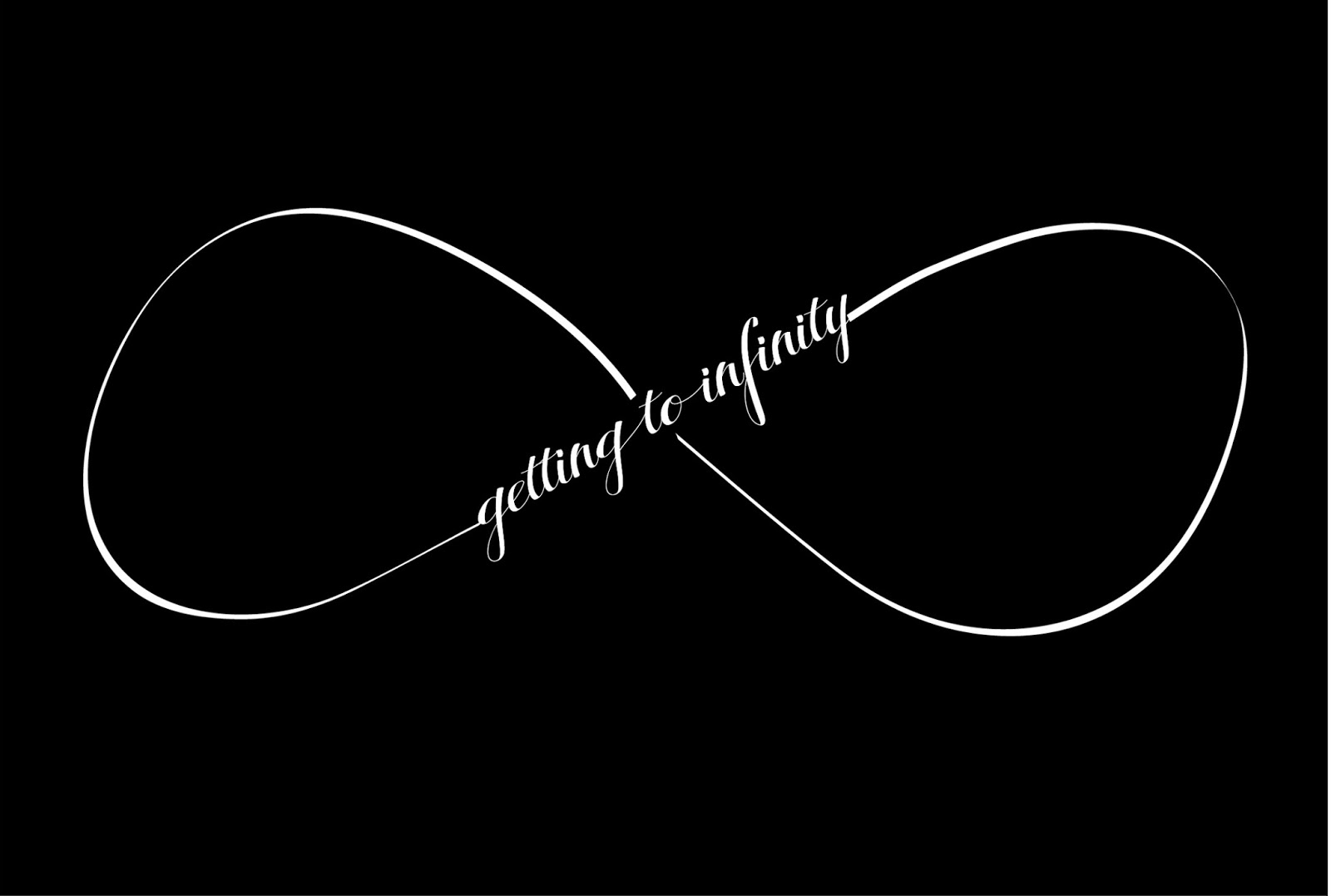 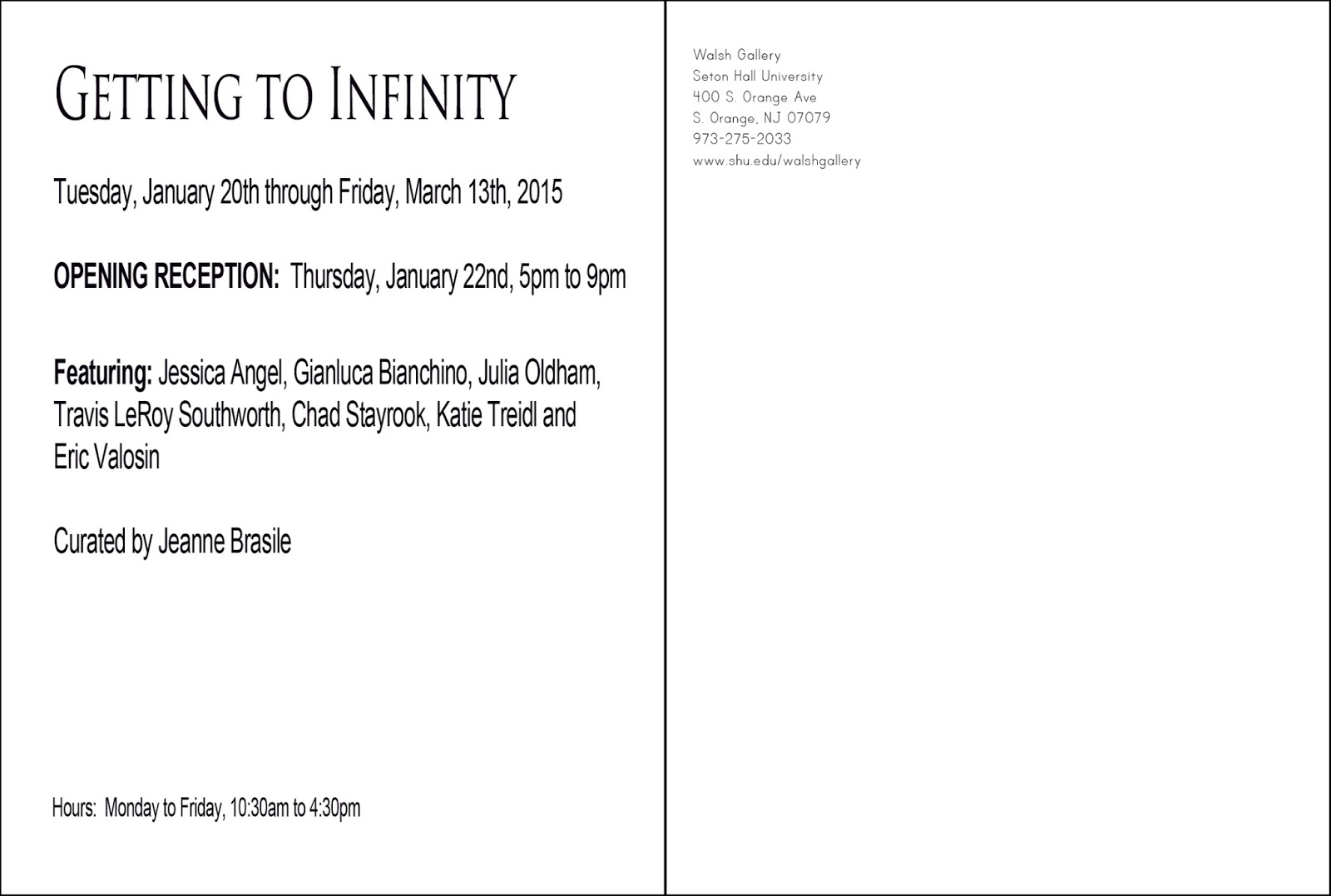 Infinity was a curious subject to ponder for this quasi-post-human, post-structuralist, relational metaphysician. As I continually aim to draw together contemporary thought and technology with the mystical and phenomenological, I thought back to a book by Brent Waters called From Human to Posthuman: Christian Theology and Technology in a Postmodern World. He discusses the trans-humanist desire to bridge the gap between the "good" and the "necessary" (the eternal and the temporal) by achieving technological immortality.

Infinity takes on a new metaphysical depth when post-humanism enters the equation. The dissolve of one's self into cyberspace is in some way an extension of our desire for the infinite - infinite space, infinite possibility, infinite dividuals of the self, to borrow from Deleuze (if subtracting his power polemic).

What if our endeavors towards this digitized infinitude were to marry with our other endeavors toward metaphysical infinity - namely interactions with meditative space? This is one of the prime motivators of my practice.

I thought back also to a prior project of mine, Circle, in which a custom designed table and interactive video projection (using a recursive video capture delay, projected back onto the drawing surface being captured) allowed me, in performance, to literally interact with my digital self and synchronize the two dividualized spaces into one meditative act: attempting to draw and erase a perfect circle. 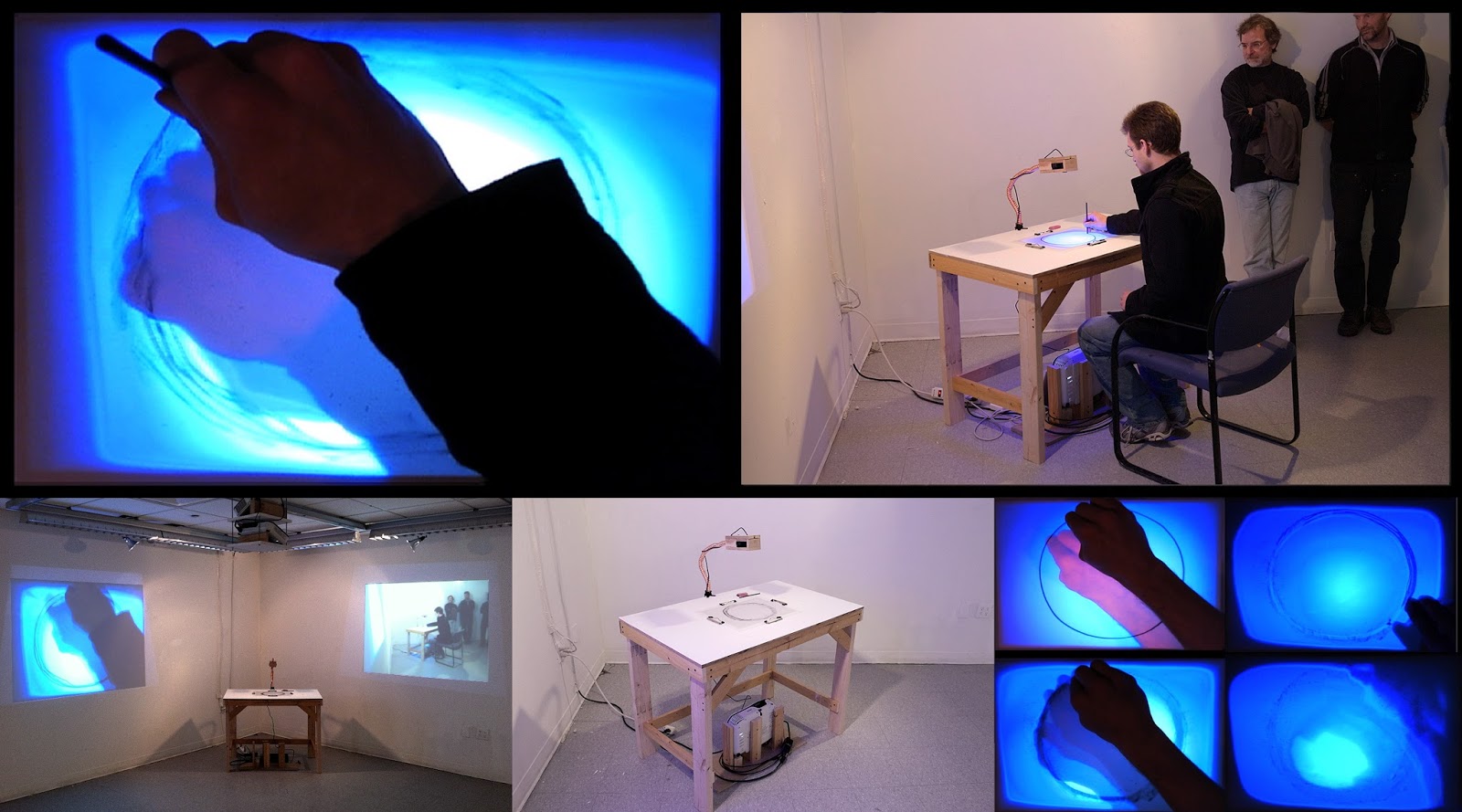 I wondered if this idea could be translated off of the table and onto a wall so that anyone might be able to interact with it instead of just me in performance.

So I started with the video delay patcher I had written in Max/MSP for Circle, translated it to Processing (oddly I found myself more comfortable tweaking and coding in Java than Max's visual interface), and set up my projector. Originally the camera was aimed at the paper on the desk and then rear projected the image from below. That created the recursive infinite regress, which I really liked not only for its relevance to the topic, but for its aesthetic quality of eventually dissolving the digital selves into the glowing blue mush of the compounding projection light. In this iteration I used the laptop's iSight camera (soon to be replaced by an external webcam) and pointed it directly at the projection 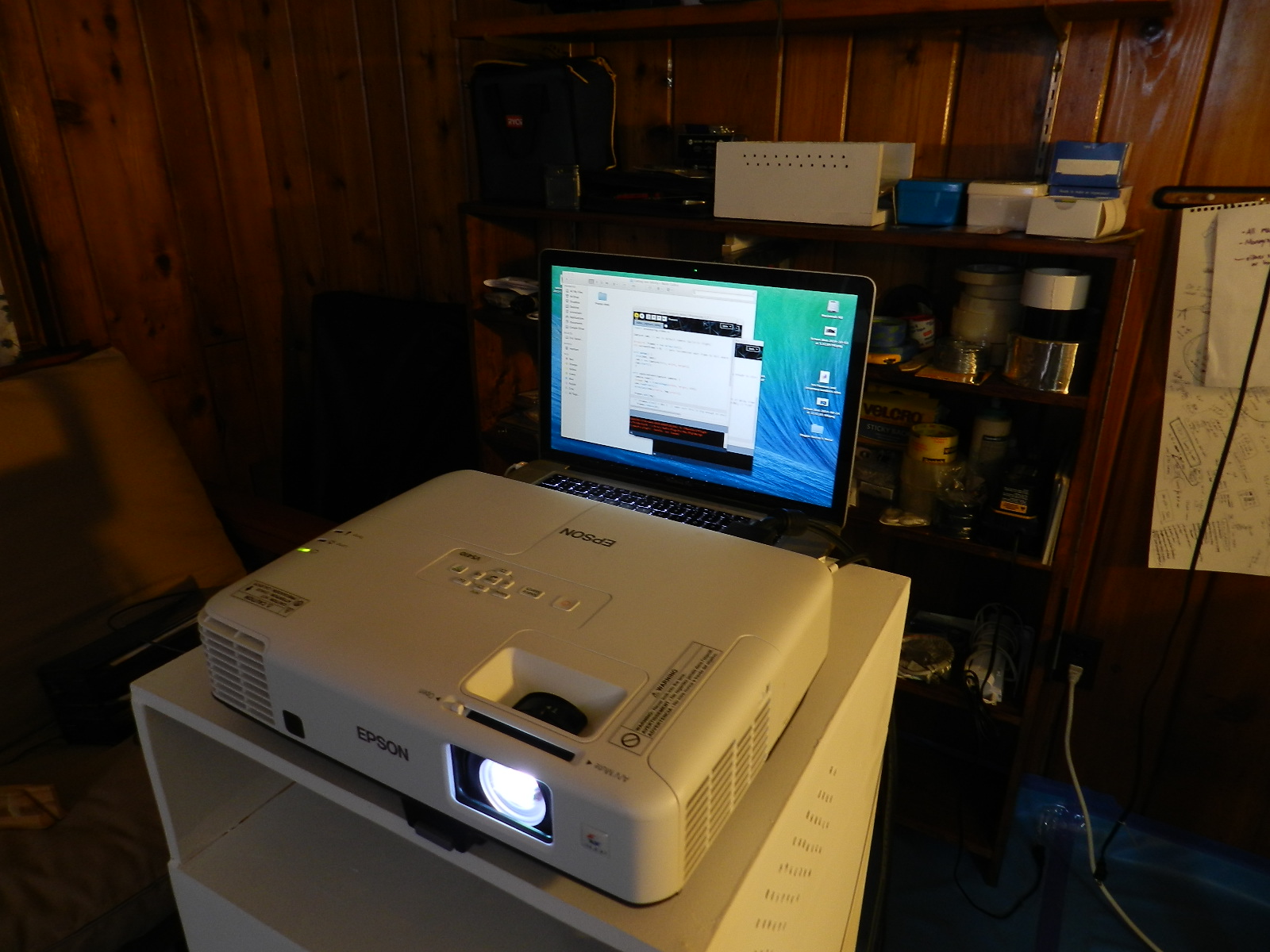 That yielded this infinite regress: 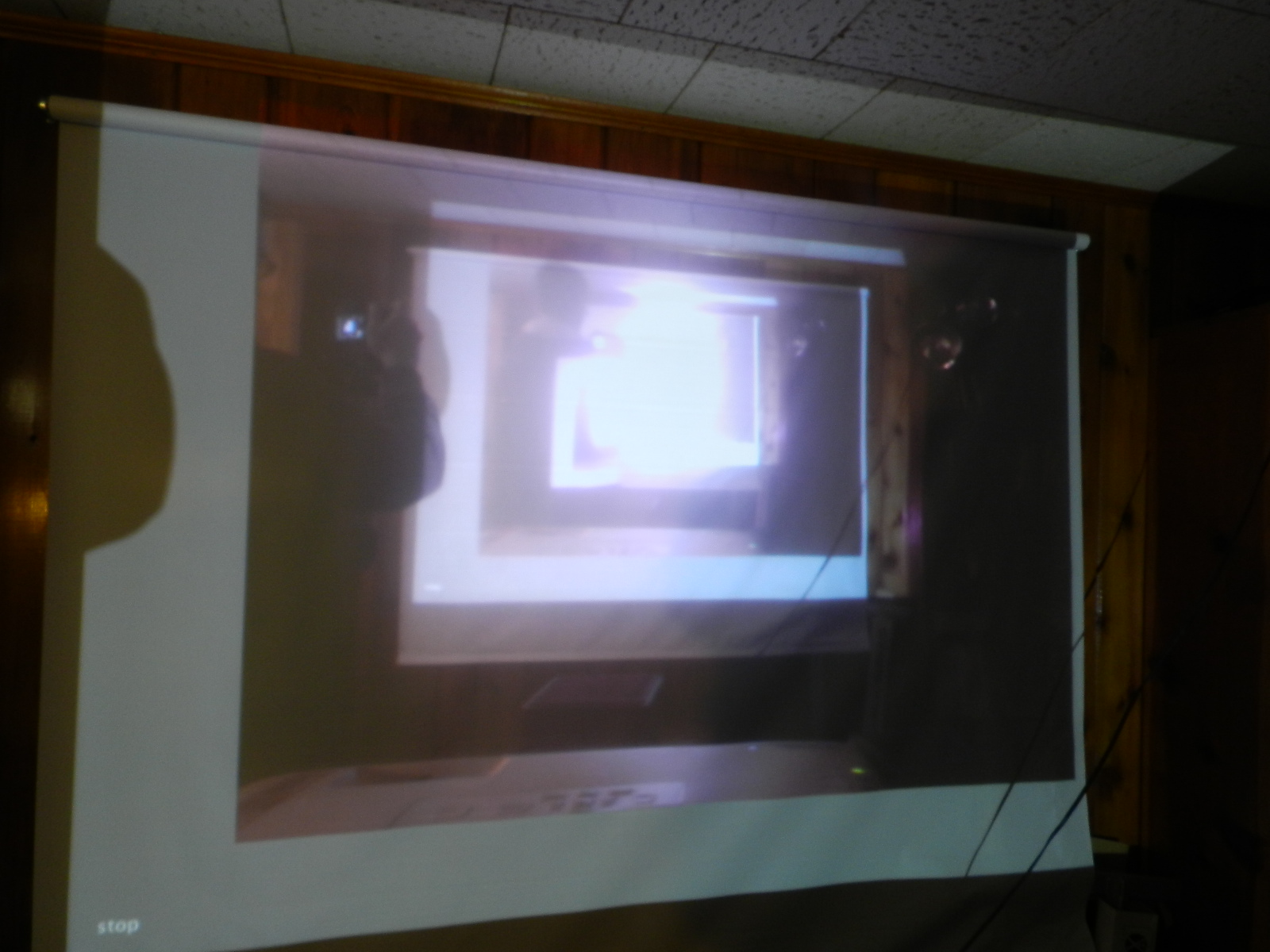 However, what made the Circle experience so magical was that the projected image and the captured image were exactly lined up so the proportions of each iteration in the regression remained the same (no perspective effect, just an infinite compilation of overlays). So I designed this test, using a stock image and Processing's texture mapping function
With it, I was able to digitally crop the video capture to the edges of the projection, yielding something more like the intended effect:

With a few more tweaks I was then ready to start considering the physical side of this digital-physical metaphysic... Spoiler alert, the below video has glimpses of what I'm talking about. (Stay tuned! Cue curtain) 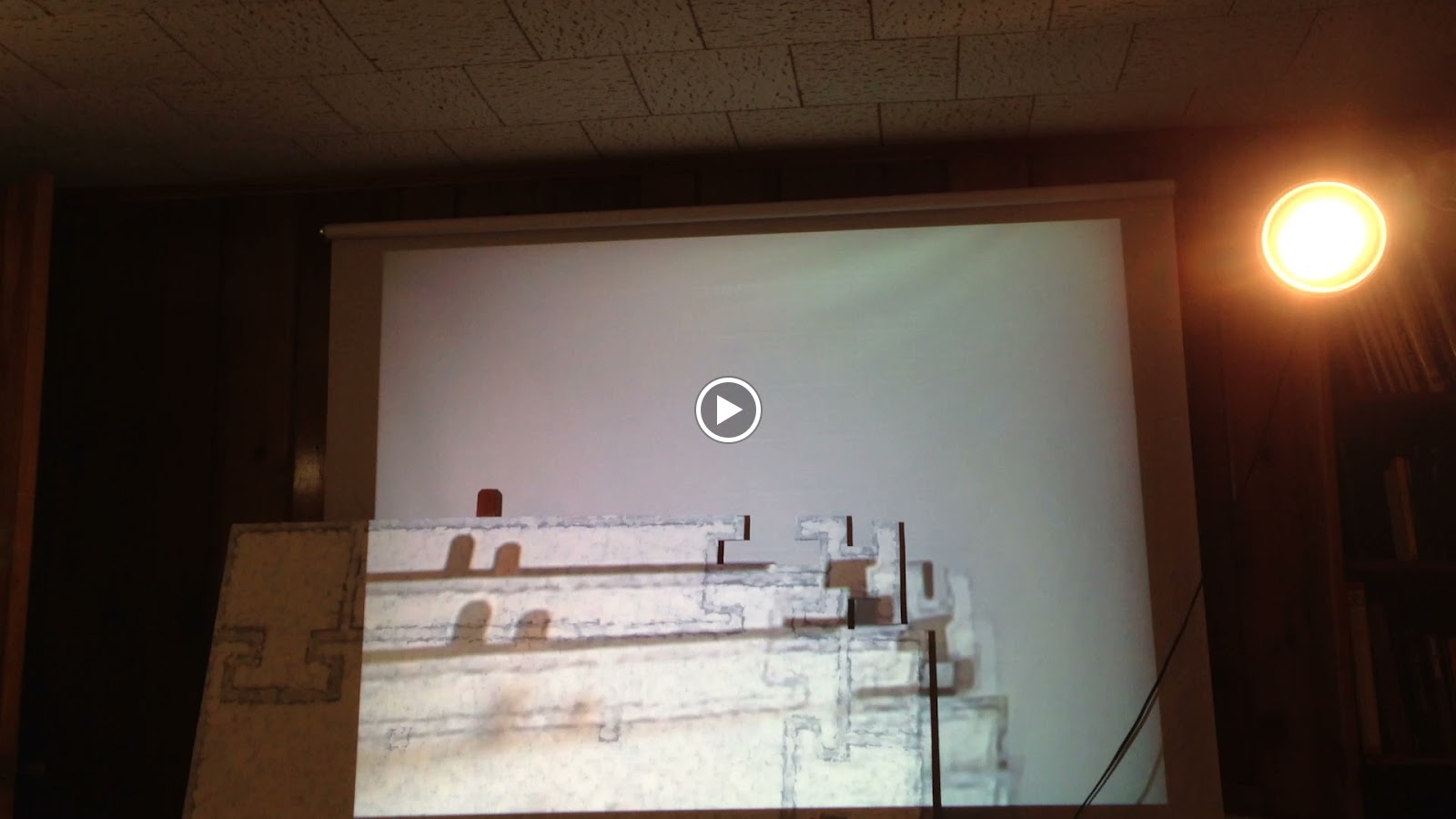