Tomorrow I will be embarking on one of the most exciting studio escapades I've had, and I'll be chronicling my journey here. 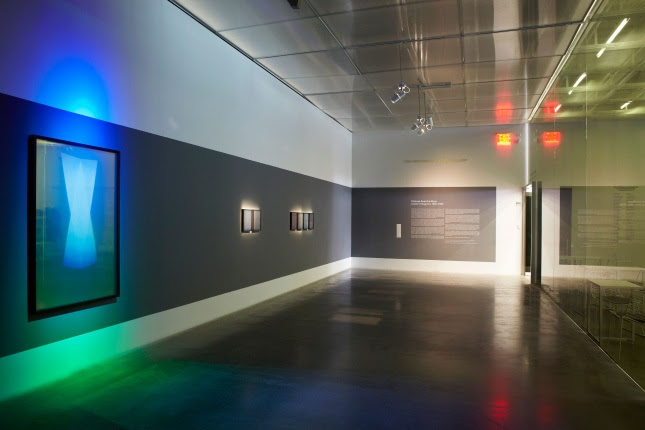 This year has been very eventful for me so far. Besides my first semester adjuncting and many side projects, I think I had more exhibitions lined up in January than I did all of last year, many of which I have not had a chance to write about yet. I'll get to that soon, but in the meantime...

Tomorrow I leave for the mythical land of Columbus, Ohio to partake in a weeklong Pulse Laser Holography workshop at Ohio State University!

I'm exceedingly fortunate to have been one of 5 artists from around the world selected to play with lasers, beam splitters, emulsion plates, and all sorts of other magical stuff as I learn how to make holograms (not the peppers ghost Tupac kind, nor the shiny credit card/baseball hat sticker kind, we're talking real 3D images projecting form 2D surface holograms here!)

This workshop will give me a taste of the medium and enable me to apply for their residency program in which I can realize a full project/body of work.

If you're wondering where holograms enter into my techno-sublime, relationally metaphysical art practice, my proposal sheds some light:

I’m interested in holography as a technologically mediated expression of the sublime, and a connection between the physical and virtual. In my artwork I have used light and projection to suss out the potentials of mystical experience since the advent of cyber/virtual space, now that postmodernism has put classical metaphysics through the ringer. I became aware of holography as an artistic medium in graduate school in 2012 as I searched for ways to use light and new media to augment our perception of our surroundings and extend our presence into new non-corporeal spaces in a bodily interactive manner. I visited the New Museum’s “Pictures From the Moon” holography exhibition including works by James Turrell, Bruce Nauman and others, and I began to see holography as a perfect representation of the mystical notion of “formless form.”

Around that time I began creating mandalas - pseudo-architectural images that can be read meditatively as cosmological diagrams - conflated with functioning QR codes as a way to contemplatively interface with the virtual. In my research, I found mandalas are actually traditionally thought of as a sort of hologram. One website notes:

Here, mandalas and sacred imagery begin to dovetail with the emerging Holographic Principle in physics, which posits that all the information that comprises the whole universe is actually contained on the two dimensional surface surrounding the outer edge of the universe, which is then “projected” inward much like a hologram to become the multidimensional world we experience.

As virtual and physical space intermingle and the worlds of cosmology, physics, and metaphysics all converge on the notion of a hologram, holography has become an irresistibly rich medium for my practice.


If you're interest is as piqued as mine, here is a lecture the HoloCenter recommends as a primer to the topic. More tomorrow, as I chronicle my journey!