Been putting more pieces in place for my upcoming collaborative interactive video installation with Marc D'Agusto, which will be going up in just 2 short weeks at Aferro's Gallery 77 location in Newark. (You can see the first post on this here, and the second, most recent post before this one here.)

First, more testing and prototyping with the hacked Kinect and Processing. As you see below, I've got the viewer showing up in different locations as a silhouette or inverted silhouette depending on his location. As the viewer moves further away, he shows up down in the bottom right, but when he's closer he shows up in the top left. 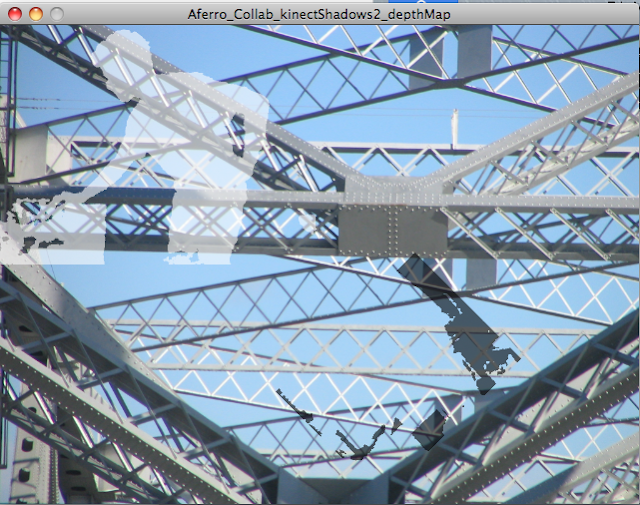 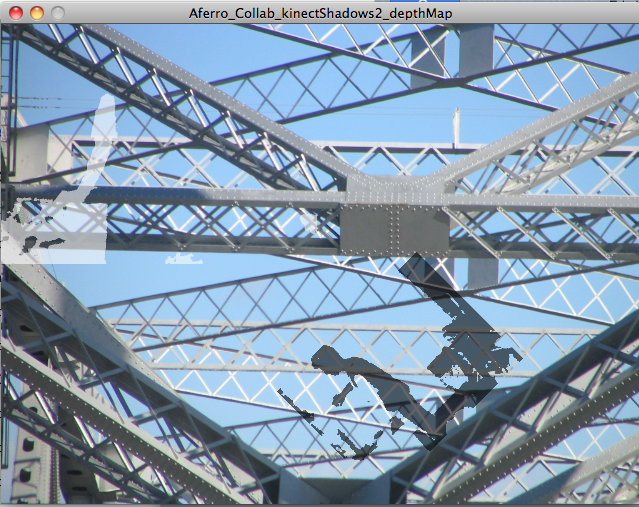 This week Marc and I were able to get access to the space to see what we'd be working with and get some measurements, and here we have it! At 77 Market Street, we have the right half of this storefront, to project our video onto the frosted glass.

When we realized the guts of the installation would be visible from the side, we decided to make things a bit more interesting by concocting a sculptural projection installation in the interior using Marc's corresponding architectural sculpture and some cast shadows/live capture video 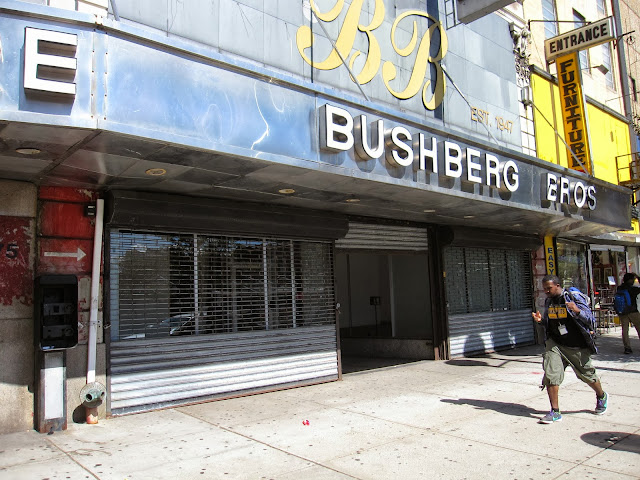 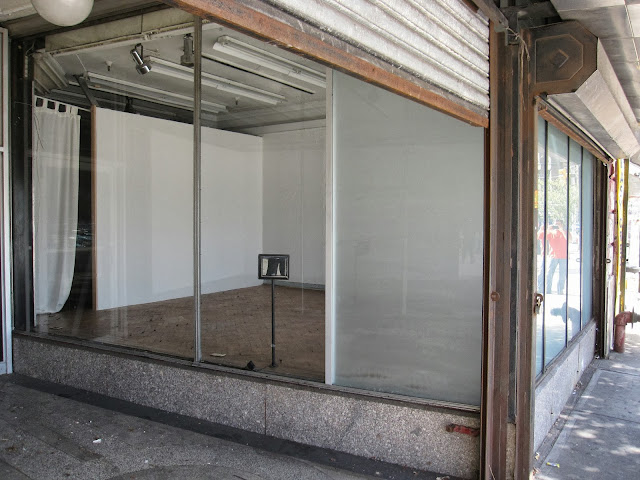 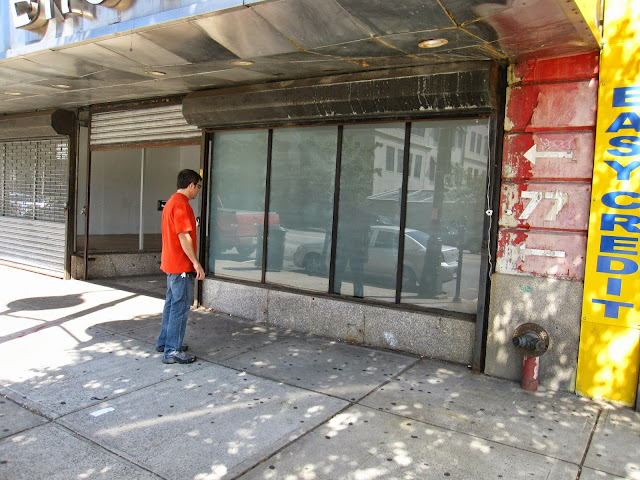 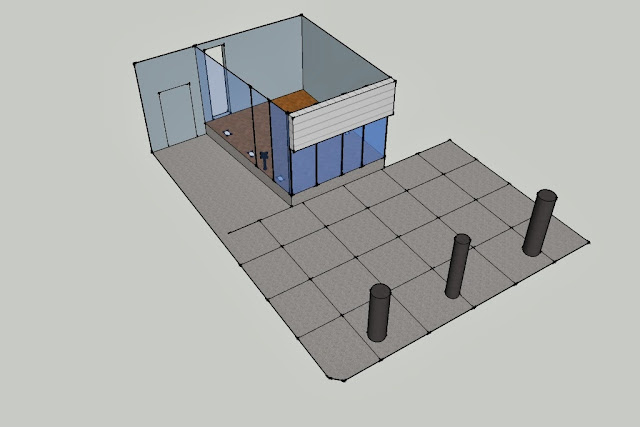 My prototyping has been using stand-in stock imagery so far, but now we're beginning to put together the real pieces, with Marc creating the still imagery and me putting together some video components. Ultimately, it will look a bit something like this (though probably tinted a slight color, rather than straight black and white...) 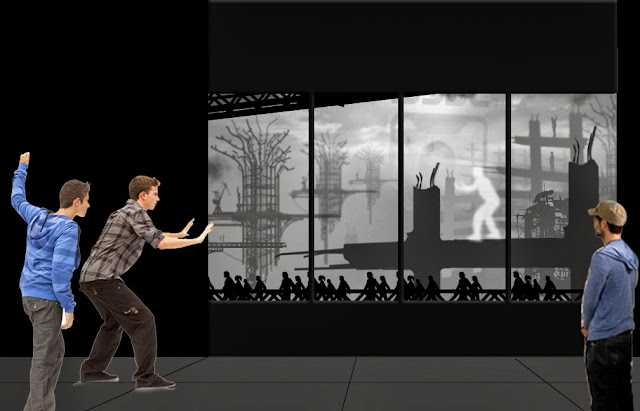 Now time to program in the specific measurements for the interaction between the physical space and the final digital layout, get it to work with the projector, and then get to installing itself!

Looks like we've got at least 3 venues to grow this project into as well! After this event, Aferro is giving us nearly an entire block of storefront window space to expand into in January, and then we will be reconfiguring it for a gallery space for a solo show Marc has in Philly coming up (which I'll be crashing, it seems!) Exciting stuff!

I've been moving in to my new home studio (aka rearranging 3 rooms of our house in order to put together a space I can work in, in time for a studio visit tomorrow night!). You'll remember the beginning of this quest from my earlier post.

Pretty proud of how it's turning out! Not only did I manage to move musical equipment including a full drum set into a room where a 15 month old was sleeping, without waking him up, I've carved out a pretty nice space for myself. Laid down some contractor's material to protect the floor and then went at it. Ultimately looking to build some false walls I can destroy without worrying about repairing them when we move as well... 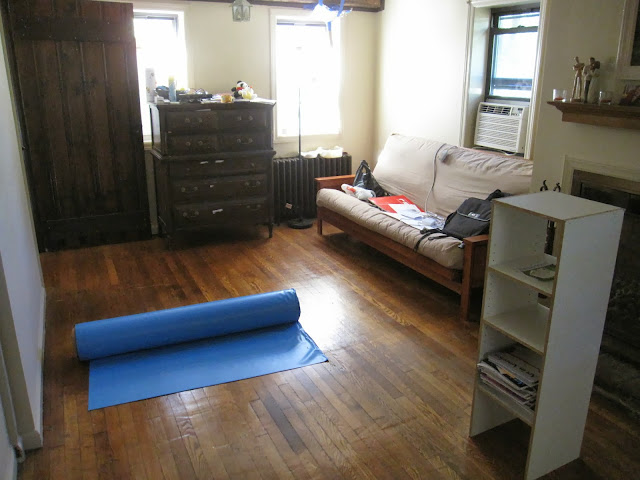 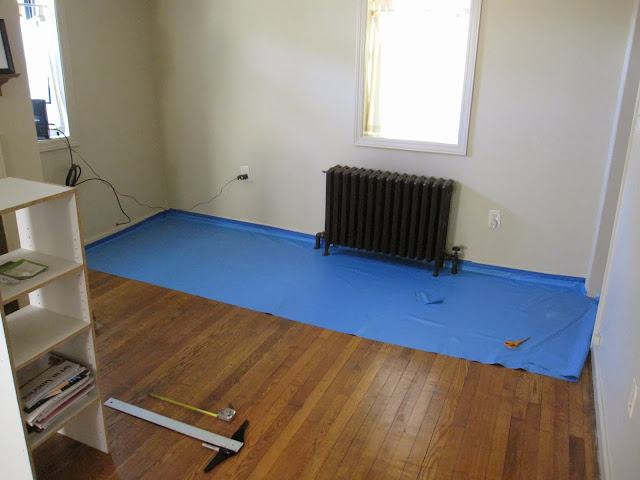 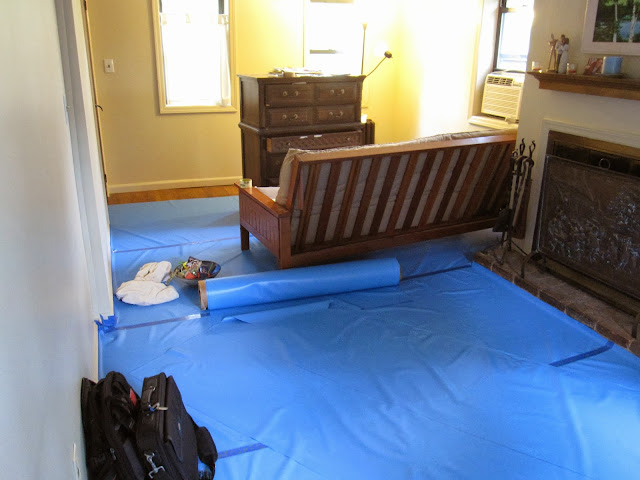 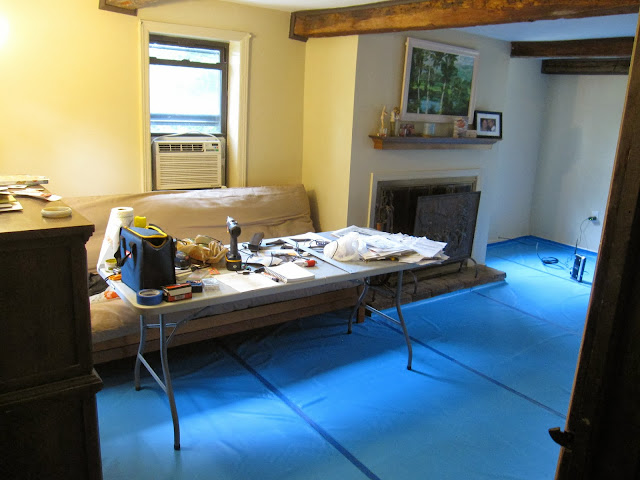 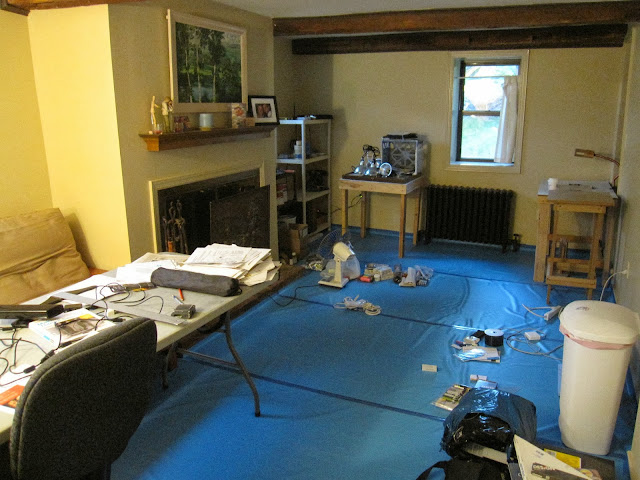 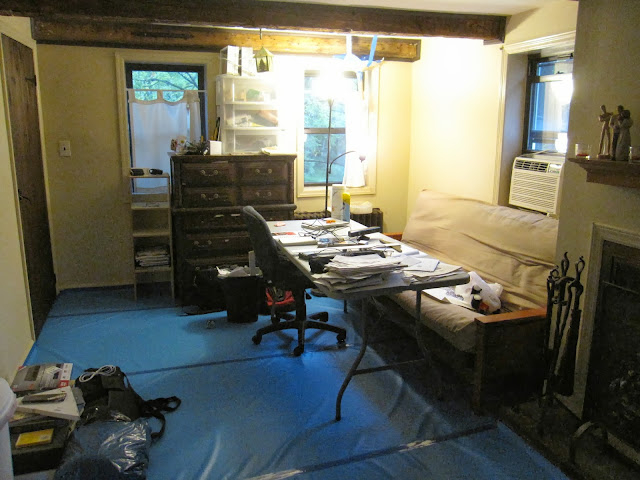